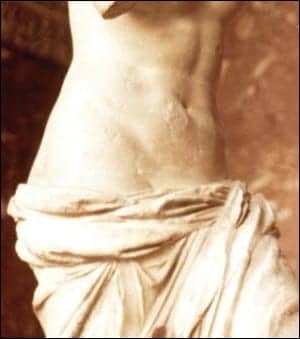 As Americans gain and then lose weight, and excess tissue and skin become a reality, abdominoplasty has become increasingly accepted as a surgical solution.

Bariatric surgery is being used more and more often for weight loss, and plastic surgery is becoming even more accessible to the common consumer than ever, so it must be anticipated that the number of abdominoplasty cases will continue to rise.

Factors such as incision placement and degree of undermining vary from surgeon to surgeon, but the basic concept of abdominoplasty has remained consistent from its inception. Excision of the excess lower-abdominal tissues and redraping of the upper-abdominal skin are the basis and foundation of all abdominoplasties.

When a patient comes in for a consultation, she usually states that she is there for liposuction or a tummy tuck—she doesn’t know which. During the physical exam, I have her bend over at the waist and “let it all hang out.” Most women spend their entire life “sucking it in,” or holding in their abdomens, to appear thinner. By asking the patient to relax her abdominal wall, I am better able to evaluate the lower-abdominal laxity and excess skin.

By pinching the lower abdomen and evaluating the length of the upper abdomen, I can determine whether I will be able to resect all of the tissue from the umbilicus to the “bikini line” without placing undue tension on the incision (Figure 1).

The next part of my evaluation is to estimate the extent of my lower-abdominal incision. The resulting scar is often the greatest concern for patients, and I do not attempt to downplay it. I tell the patient that all surgeries are a commitment to a scar. It could be concealed, and it might fade with time, but it will always be there. I determine the length of my incision based on the amount of overhanging skin the patient possesses. Because of the patient’s concern about the length of the incision, I emphasize that negotiating on the scar’s length will only shortchange the final result.

I also evaluate the thickness of the upper-abdominal skin and the degree of fatty tissue. I stress to the patient that I will not liposuction this upper-abdominal skin at the time of surgery because of the risk of skin necrosis. If there is a generalized lipodystrophy of the torso, I usually recommend that you reevaluate the results for circumferential liposuction 3 to 4 months after the abdominoplasty.

During the initial consultation, patients sometimes resist the prospects of a long incision and a prolonged recovery period. They often ask whether they are candidates for liposuction. After explaining the possibility of loose skin, I find that some are willing to accept that outcome rather than the long incision. I also tell them that if they are unhappy with the excess or loose skin after the liposuction, an abdominoplasty can always be performed afterward.

Contraindications to abdominoplasty include the following:

For me, the possibility of future pregnancies is also somewhat of a contraindication. It is essential that the patient understand the manifestations of pregnancy and the possibility of undoing the results of the abdominoplasty. Ironically, I have had more than one postbariatric patient tell me that if they don’t get an abdominoplasty, there is no chance that they will ever find someone who will get them pregnant.

On the morning of surgery, after I address the patient’s last-minute questions and concerns, I mark her abdomen while she is standing up. I mark the midline from the xiphoid to the pubic symphisis. This enables me to realign the midline after resecting the excess skin and to place the umbilicus at the midline.

I use a second line to indicate the position of the lower-abdominal incision. Although many patients express concern that the incision will show when they wear a bikini, the most common garment worn by women today is jeans. The incision that rises sharply upward is visible when a woman wears low-rider jeans.

FIGURE 1. Li evaluates a patient’s lower-abdominal laxity and excess skin in a bent-over position (left) and while erect (right).

In my practice, I have incorporated the use of perioperative arnica and preoperative odansetron hydrochloride. I prescribe 8-mg dissolving tablets and ask patients to bring two tablets with them the morning of the surgery. The patient takes the tablets in the preoperative holding area. With the antiemetic use of intravenous dexamethasone during surgery, and the limited use of nitrous oxide, my anesthesiologist and I have had close to zero incidence of postoperative nausea.

Other prophylactic devices include pressure-point padding and sequential compression devices. The use of low-molecular-weight heparin has been advocated in massive-weight-loss body-contouring cases; but if the procedure is limited to an abdominoplasty, and the operation time is minimized, the benefits of heparin must be weighed against the risk of hematoma.

My anesthesiologist uses a laryngeal-mask airway and does not paralyze the patient, allowing her to breathe independently during the entire operation. Assuming an adequate level of anesthesia, this method does not compromise my ability to plicate the rectus diastasis adequately. By not paralyzing the patient, we reduce the risk of incomplete reversal of anesthesia and minimize the postoperative risk of reintubation.

After I make the lower-abdominal incision, I widely undermine up to the level of the umbilicus. After I circumscribe the umbilicus, I continue the dissection cephalad to the level of the xiphoid process. I now limit the width of undermining above the umbilicus to just the central portion of the abdomen. With the skin left in continuity with the underlying fascia at the time of skin closure, I medially draw in the patient’s waist as I bring the upper-abdominal flap medially downward.

I then plicate the midline above and below the umbilicus using a running nonabsorbable suture. If the patient has residual muscle laxity after this plication, I often run two more plicating sutures lateral to the midline.

After I infiltrate the areas marked for liposuction with standard tumescent solution, I proceed with a modest amount of liposuction in the areas of the hips and lower flanks to smooth out the transition from the lower abdomen to the adjacent areas.

The patient is flexed at the waist, and the excess skin and soft tissues are resected so that the incision may be closed without tension. Two 15-FR round drains are brought out below the pubic hairline and placed in the surgical bed.

I have recently incorporated a continuous local anesthetic infusion system. A 1:1 mixture of 0.25% and 0.5% bupivacaine solutions is used to fill a 270-mL reservoir that infuses at a rate of 4 mL/h. I bring the infusion catheters out next to each other, rather than at opposite sides of the incision, and tape them on one upper thigh. Bringing out the catheters next to each other facilitates the taping of the temperature-sensitive infusion regulators. I place the end of one catheter upward toward the xiphoid process, and I place the end of the other along the lower abdomen. I close the skin incision with interrupted 2-0 absorbable sutures in Scarpa’s fascia, 3-0 absorbable sutures in the deep dermal layer, and a running subcuticular stitch.

I make a small, 1.5-cm “frowny face” incision at the midline, and I bring up the umbilicus through this incision. I trim the umbilicus to allow for an appropriate match of suture lines. I then suture it to the skin edge using a 4-0 absorbable suture in the deep dermal layer and in a running subcuticular stitch. I then place antibiotic-impregnated gauze inside the umbilicus, and I place 1-inch surgical tapes on the lower-abdominal incision.

The patient is kept in a flexed position as she is transferred to the recovery gurney. I place an abdominal binder on the patient at this time and adjust it to allow for moderate compression of the surgical areas.

After the postoperative nursing staff assists the patient’s recovery, I allow the patient to go home or to a recovery center. With adequate assistance from family members, most patients are eager to return to familiar surroundings and begin the recuperation process.

I instruct the patient to sleep with several pillows behind her back and a pillow beneath her knees. I encourage her to walk to the bathroom and about the premises. I teach her how to manage her drains, and send her home with simple illustrated instructions on how to remove the local anesthetic infusion system after the reservoir is depleted.

I recommend daily removal of the abdominal binder for showering. This ensures that the creases caused by the binder do not cause any excessive rubbing that might damage the skin.

I also recommend that patients plan to take 2 weeks off from an office-based job. On occasion, I have had a patient who is determined to return to work sooner. If she is careful about the amount of physical activity involved, I allow her to resume her job. I encourage my patients to resume their physical activity gradually. I tell them to go for distance rather than intensity—for example, to start with a 1-hour walk instead of a 30-minute run.

In general, I try not to inject my incisions with corticosteroids. The steroids may help to flatten a thickening scar, but they run a high risk of spreading it. As the first line of prevention, I advise patients to use silicone sheeting. The initial financial outlay for the product may seem high, but it can be used repeatedly.

The most common complication I see is seroma formation. I leave the drains in for about 1 week or until the total output from the drains is less than 30 mL/d.

I encourage patients to wear the abdominal binder continuously for the first 2 weeks after the surgery, except when they wash themselves or the binder. During the third and fourth week after surgery, I allow them to wear it only at night if they wish, but many choose to wear it longer.

Revisions are generally limited to removal of the “dog-ears.” I am very clear with the patient that revising the dog-ears generally extends the incision by about 1 to 2 cm.

Linda Li, MD, practices plastic surgery in Beverly Hills, Calif. She and her anesthesiologist husband, William Fulcher, MD, are featured on the television program Dr. 90210. She can be reached at . 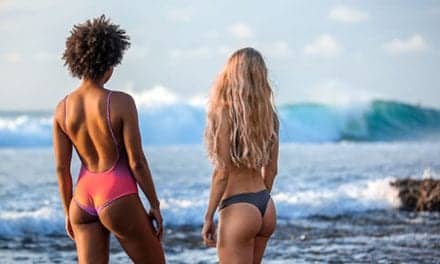 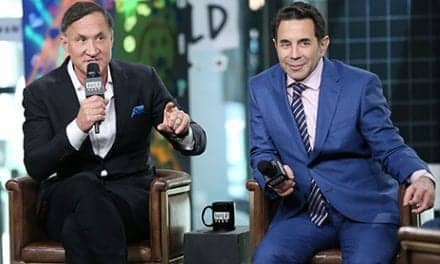 ‘Botched’ Plastic Surgeons On the Risks of Fillers 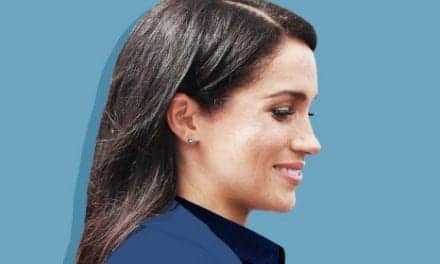 Women Are Getting Plastic Surgery to Look Like Meghan Markle 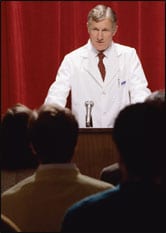