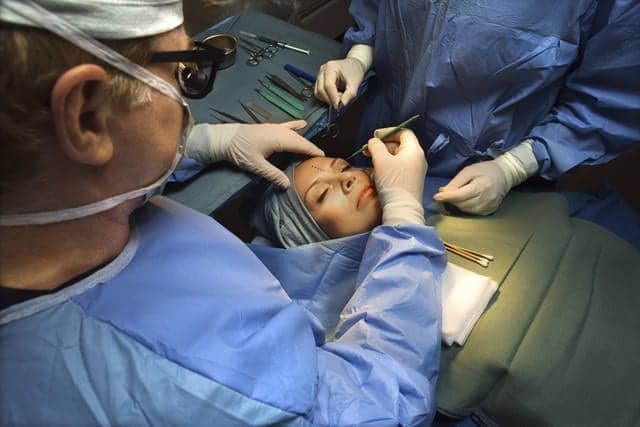 According to a Pew Research survey, the typical boomer feels nine years younger than his or her chronological age and believes that old age doesn’t begin until age 72 — a far cry from the previous generation when old age generally was considered to start at 65.

Ah, but there are those pesky aches and pains, the occasional health scare, and yeah, sags and wrinkles that remind boomers they aren’t getting any younger — despite their “forever young” anthem.

It’s a dilemma that has led boomers in record numbers to med spas and surgical suites to remedy the insult of physical aging.

Dr. Tim Love, an Oklahoma City-based plastic surgeon, says he has seen a continual rise in his boomer patients.

“People start visible signs of aging in their early 20s,” he said. “Aging results from a number of different factors including genetics, habits and environment. We can’t stop aging, but we can modify or slow it. When I talk to a patient, I try to focus on either correcting the ageing feature or slowing the aging process. People want to look as good as they can for as long as they can.”

The good news is, with the advent of an array of minimally invasive procedures that complement surgery, boomers are getting better results that are increasingly more affordable.

MEN ARE KEEPING UP APPEARANCES, TOO

An interesting statistic coming out of the most recent survey by the American Society of Plastic Surgeons, is that more men are seeking nips and tucks, but they’re not the same as procedures as what women request.

“In my practice, men are receptive to hair transplants, gynecomastia surgery and liposuction in larger numbers. Male faces come with their own set of issues because they have facial hair, side burns, short haircuts and don’t wear makeup that limits their ability to conceal facial procedures. Women, in general, are more receptive to and accepting of the time and commitment required to achieve an optimal surgical outcome. Post-pregnancy, breast and body changes can be priorities to our patients wanting to regain their pre-pregnancy bodies.”