With the promise of maintaining breast integrity, women are opting more frequently for breast-conservation therapy rather than mastectomy in early-stage breast cancer.

In reality, the appearance of the breast after this treatment may be unsatisfactory, due to a number of factors. Lumpectomy may deform the breast, leaving unsightly and poorly planned scars in the upper visible quadrant. Scars from port placement for chemotherapy are often midway between the clavicle and the breast. Resection of lower-quadrant tumors may deform the nipple location, increasing the appearance of breast asymmetry.

Radiation may cause soft-tissue contraction, skin discoloration, and scar-related exaggerated deformity. Reconstruction with an implant has one of the highest complication rates, severely affecting the result due to radiation. Reconstruction with well-vascularized flap tissue, such as a TRAM, is not immune to radiation damage, either. Women disappointed by their result then seek consultation regarding options for achieving a more aesthetically satisfactory result.

Thus, the cosmetic breast surgeon may be faced with a patient requesting correction of the changes seen in the breast after treatment for breast cancer. Whereas many of these patients will have such surgery covered as a reconstructive procedure, the patient may instead decide to seek cosmetic treatment. An understanding of radiation tissue effects is, therefore, important for any surgeon performing cosmetic breast surgery.

Surgery of the irradiated breast includes all of the pitfalls of any breast procedure, including scarring, nipple malposition, contracture, infection, postoperative pain, and the additional hazards related to unpredictable healing in radiated tissue.

Although radiation techniques developed over the last 20 years have reduced the incidence of significant skin burning, ulceration, and wound breakdown, the long-term effects of radiation on skin and soft tissue, including fibroblast proliferation and other aspects of wound healing, are still significant.

Our understanding of the long-term effects of radiation is still evolving, and many traditional theories of tissue response are challenged by a new understanding of scarring, healing, oxygenation, and fibrosis.

Ross Rudolph, MD, a cosmetic surgeon based in La Jolla, Calif, has over the years contributed enormously to our understanding of the biology of radiated tissues. He has postulated that the chief culprits of impaired healing in radiated tissues, rather than resulting simply from impaired microcirculation, are the result of tension in the surgical wound, long-term cellular impairment in proliferation, and cellular nutrition.1

Newer radiation technology, such as Intensity Modulated Radiation Therapy (IMRT), with its ability to conform and homogenize the dose within the target area, minimizes “hot spots” or excess dose in tissue that likely leads to some of the more cosmetically unappealing effects a cosmetic surgeon encounters.

Undoubtedly, there have been cases of a radiation oncologist delivering 6,000 cGy or more to certain areas where 4,500 cGy or 5,000 cGy could have sufficed. Delivering appropriate doses to the tissues at greatest risk for recurrence—while protecting the pedicle’s blood supply and skin from excess dose—can often be accomplished with IMRT and careful clinical and dosimetric planning.

Recently, Peerbeck and his coauthors, working at the Karolinska Institute in Sweden, completed a prospective study of the radiated breast, evaluating the microcirculation of the skin and breast parencyhma at 1, 3, and 5 years following conservation surgery and radiation. They found a statistically insignificant difference between the radiated and the contralateral breast.2

Individual reactions to radiation therapy include early and late responses. Severe skin burning during treatment and late fibrotic effects on soft tissue do not correlate.3 Because of this, surgeons have had difficulty predicting how well any patient will respond to surgery in a previously radiated bed.

Whereas groups have documented the effects of radiation on implant and flap reconstruction,4,5 there is little clinical literature available that covers reconstruction of the previously radiated breast.

Spear has noted, “Radiation of any type did affect aesthetic appearance, symmetry, contracture, and hyperpigmentation.” His recommendation that reconstruction be delayed, if radiation therapy is indicated, contrasts with today’s emphasis on immediate reconstruction.

THE PROMISE OF STEM CELLS

An exciting new development, not yet ready for routine clinical application, is the use of adult stem cells.6 Rigotti and his group have reported significant improvement in clinical situations, including frank ulceration, as well an impending implant extrusion, capsular contracture, and scarring contracture, by the use of stem cells extracted from remote-site liposuction aspirate.

The extraction process is tedious and occurs over several days. This preliminary study implies a reversal of the deleterious effects of radiation, and promises to facilitate cosmetic rehabilitation of the injured breast.

My practice includes a group of dedicated oncologic breast surgeons and plastic surgeons who provide an oncoplastic approach to breast cancer treatment.

Ninety percent of mastectomy patients undergo immediate reconstruction, and 50% of lumpectomy patients have an oncoplastic approach to their resection, including, when necessary, contralateral symmetry procedures.

When the excision site of breast cancer is closed with breast reduction-type rotation of tissues, as in reduction mammoplasty, I have seen few immediate complications and no late radiation complications. My study is in its fourth year and involves a large series (to be reported in the future).

Newer radiation technology, which includes dose planning by a radiation oncologist who should be experienced in immediately reconstructed breasts, has reduced the complications that have plagued immediate reconstruction in the past.

The use of the pedicle tissue techniques to fill the defect—rather than simply pulling tissues together or allowing a seroma to form, as some surgeons have suggested—also improves results.

An excellent review of the oncoplastic options for the primary treatment of breast cancer is summarized by Choi and colleagues.7

In addition, patients request revisions of their surgery after treatment elsewhere. In analyzing these patients, it is important to evaluate their complaints and wishes regarding both the target (radiated) breast and the contralateral breast.

The history taken includes a detailed review of the surgery, radiation, and chemotherapy received to date, an oncologic evaluation for metastatic disease, and (if necessary) mammography and/or MRI of both breasts.

Patient requests range from reduction of the contralateral breast only or scar revisions, to augmentation or complete reconstruction of the irradiated breast.

In the first example, the patient had a mastectomy of the left breast with an implant, followed by radiation and chemotherapy. She presented 5 years after completing treatment, seeking symmetry and an improvement in appearance. Correction of this deformity required completion capsulectomy and TRAM flap reconstruction. Note how the flap was inserted above the nipple areola complex to position it in alignment with the contralateral areola.

In the second example, a patient with multiple effects of radiation is shown. She has a scar with a still-present port on the right for chemotherapy, significant radiation tanning of the left breast, and severe capsular contracture of the implant placed at the time of mastectomy. This patient and the patient in the first case are ideal candidates for latissimus dorsi flap reconstruction.

In the third example, the patient has a depression of the lower pole of the breast, with displacement of the nipple following lumpectomy and radiation.

In this case, correction included placement of a crescent expander under an alloderm/pectoralis sling, followed by augmentation of the left breast and replacement of the expander with an implant.

In the fourth example, the patient had significant shrinkage of the radiated breast. She had a right reduction and transaxillary submuscular augmentation, which initially appeared to be satisfactory but became superiorly displaced, requiring revision capsulotomy—also done via the transaxillary approach. The implant was reinforced over an alloderm sling that was used to expand the inferior capsulotomy site. The result filled out the lower pole of the breast and, 6 months later, has not had a return of the contraction.

Even minor scar revisions on the radiated breast require an extra amount of attention to patient expectations and care in execution.

Assessment of the scar site may indicate available tissue for filling defects locally that, at the time of surgery, are not as compliant as anticipated. Rudolph’s observation that tension plays a significant role in wound-healing problems associated with radiated tissues seems a reasonable assumption.

When planning a surgical procedure on a previously irradiated breast, be sure to consider the full range of options, educate the patient completely about the risks, and do not expect a perfect result. 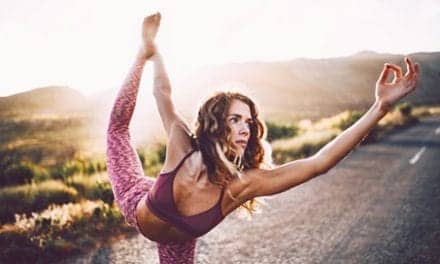 Chemicals May Be Altering Breast Development 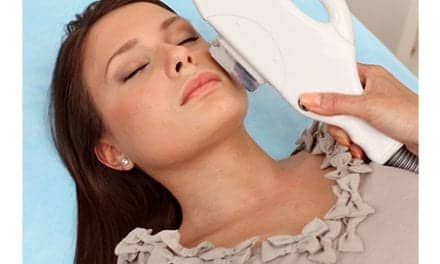