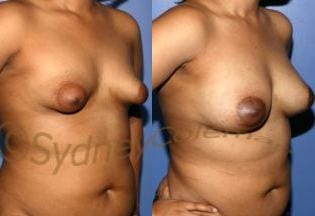 Breast augmentation using autologous fat presents a viable option for breast enlargement in women who may be reluctant to use silicone gel- or saline-filled breast implants, and who desire a natural look with their own tissue.

There is a subsegment of the female population who, although they are interested in enhancing their breasts, may have lingering, personal reservations about having a foreign object implanted in their body. Some may lean toward living a green and sustainable lifestyle, and struggle with the decision to have anything done to their bodies. However, such women may come to recognize that breast size and shape is not within their control, and their lifestyle, pregnancies, aging, and genetics are determining factors. Ultimately, these women may be attracted to the concept of using their own fat as an alternative to gain the same or similar result.

FAT GRAFTING TO THE BREAST REVISITED

Adipose tissue is an abundant source of stem cells, which show promise in the emerging field of regenerative medicine and are thought to be key players in the next frontier of plastic surgery. During the past decade, numerous studies have proven the regenerative capability of adipose-derived stem cells in multiple surgical specialties. The optimal harvesting, handling, processing, and placement of adipose-derived stem cells has been fiercely debated at conferences all over the world. Fat grafting remains a controversial topic in many circles, but one which has experienced a reversal of fortune in recent years.

A pioneer in autologous fat transfer, New York plastic surgeon Sydney R. Coleman, MD, has been among a small group of vocal proponents of using fat grafts in cosmetic breast enlargement. Coleman’s landmark paper, “Fat Grafting to the Breast Revisited: Safety and Efficacy,” was published in March 2007 in Plastic and Reconstructive Surgery. This paper stimulated an open exchange of opinions and research among many plastic surgeons around the world. His conclusions stated, “Given these results and reports of other plastic surgeons, free fat grafting should be considered as an alternative or adjunct to breast augmentation and reconstruction procedures. It is time to end the discrimination created by the 1987 position paper and judge fat grafting to the breast with the same caution and enthusiasm as any other useful breast procedure.”

Coleman says that their overriding concern with injecting fat into the breast was the potential to create problems with future breast cancer detection. “As with any breast procedure, calcifications and lumps can occur,” he says. “Breast studies, including physical examination and mammograms, are used to monitor every patient diligently. However, there is no evidence that fat transfer to the breast is less safe than any other breast surgery.”

Large studies looking at fat grafting to the breast are now under way.

Fat transfer to the breasts has many advantages over implants, according to Coleman. “The best way to create a normal breast is to use your body’s own tissue,” he says. “Fat is a completely natural substance that can be harvested to enhance the shape of the breasts.”

Fat grafting to the breasts can also be used successfully to disguise breast implants that do not look natural. “It is a tool that we never had before to sculpt the breast and refine our results. It is not just a way to make a breast bigger.”

However, fat grafting to the breasts can have certain limitations, including poor surgical technique which can affect fat survival. Disadvantages may include costs, operating time, longevity of results, predictability, degree of volume that can be achieved, and the effects of weight fluctuations on breast volume.

“Fat grafting is an acceptable modality if done properly for both reconstruction and for correction of some breast asymmetries,” says Rod J. Rohrich, MD, Professor and Chairman of the Department of Plastic Surgery at UT Southwestern Medical Center, Dallas. “It can be used selectively in primary breast augmentation in carefully selected patients who do not want implants. One cannot increase the size more than one cup size with ‘fat only’ breast augmentation.”

Not every plastic surgeon has jumped on the fat transfer train with two feet yet, including New York City plastic surgeon Z. Paul Lorenc, MD. “I am sitting on the fence in terms of using fat for primary breast augmentation due to its unpredictability, the variability of the results, and the extensive surgical time that may be required,” he says. “Additionally, in many patients who desire this procedure, the donor site tends to be suboptimal or difficult to obtain.”

Wendy Lewis is president of Wendy Lewis and Co Ltd, Global Aesthetics Consultancy, author of 11 books, founder/editor in chief of www.beautyinthebag.com, and contributing editor of PSP. She can be reached at [email protected]

But this is likely just the tip of the iceberg, says Roger K. Khouri, MD, of the Miami Breast Center. “The extensive microsurgical procedures to reconstruct the breasts with patch-like flaps after mastectomy will soon be a thing of the past,” he says. Khouri and colleagues are now routinely regenerating in situ breast mounds with a natural look and feel and near normal sensation.

Boston plastic surgeon Daniel DelVecchio, MD, agrees that fat grafting has, and will continue to have, a significant role in breast reconstruction. “It is a versatile procedure because it can be done starting from scratch or at any step along the way,” he says. Women who opt for breast implants can add some fat to improve their results, or start from mastectomy flaps and have their breast created with fat.

This procedure is experiencing a resurgence of sorts because it is now increasingly possible to maintain volume long-term due to better techniques, better instrumentation, and the use of negative pressure external expansion, he says.

There were concerns that stem cells in adipose tissue could feed cancers, and as such would be risky in people with a history of cancer. “There is no evidence that stem cells or fat cause cancer,” he says.

What’s more, stem cells are not really part of the discussion at this juncture. There is no FDA-approved fat processing technique to yield higher concentrations of adult stem cells, and there is no data that stem cell-enriched fat is any better than regular fat, DelVecchio says.

“There may be a day when stem cells improve our success, but in 2012 we use plain old fat and get pretty good results,” he says.

The biggest issue is that too few women choose fat grafting breast reconstruction, and this is largely due to economics. “Insurance won’t pay because they call it experimental,” he says. Grassroots education efforts are needed to get major insurers to foot the bill. 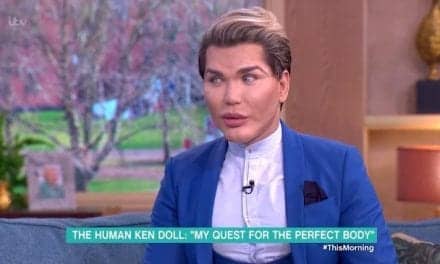 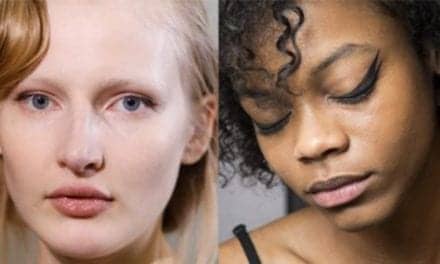 Buccal Fat Removal Is The Industry Secret To Chiselled Cheekbones