After having restricted breast surgery patients’ access to silicone breast implants for the past 13 years due to safety concerns, the US Food and Drug Administration (FDA) has issued an “approvable with conditions” letter to Mentor Corp, which seeks to market such implants in the United States. This letter stipulates a number of conditions that Mentor must satisfy to receive FDA approval.

The American Society of Plastic Surgeons (ASPS) and the American Society for Aesthetic Plastic Surgery (ASAPS) applaud this letter. “As plastic surgeons, we fully appreciate and are ever mindful of our critical role as patient advocates, and strive to ensure patient safety while advancing the art and science of our profession,” says Alan Gold, MD, vice-chair of the Breast Implant Task Force of the ASPS and the ASAPS. “We are pleased that the FDA has carefully evaluated the testimony of physicians, patients, advocacy groups, and industry, and, following the recommendation of its scientific advisory panel, is moving forward toward allowing our patients access to silicone gel breast implants. We believe the FDA has been appropriately diligent in its review of the evidence regarding the safety and efficacy of these devices.”

This letter—one of several intermediate steps in the FDA new-product review process—follows the April 12–13 FDA advisory panel hearing, during which it issued a 7–2 “approvable with conditions” vote for Mentor’s application to market and sell silicone breast implants. Among the conditions recommended by the panel are that Mentor allow its implants to be inserted only by certified plastic surgeons who have previously worked with them, that a major study of the implants be continued until they have been in use for 10 years, and that the implants be subjected to another FDA review in 5 years.

The ASPS and the ASAPS urge breast-augmentation patients to visit their joint Web site, www.breastimplantsafety.org, which offers objective and science-based information about both saline and silicone breast implants.

According to New York plastic surgeon Frederick Lukash, MD, surgery shouldn’t be seen as an easy way out.

“I’m adamant that teenage plastic surgery has a definite place, but it has to be on the right individual for the right reason,” says Lukash. “The decision should be completely individualized based on a patient’s physical condition, their emotional condition, the needs they have, and their ability to understand what they’re going to get.”

Approximately 2% of the female population suffers from inverted nipples, which can affect self-esteem, sexuality, and the ability to breast-feed. Grant Stevens, MD, associate clinical professor at the University of Southern California, Los Angeles, has developed a technique and a device to correct the problem.

“It has been a complete success,” says Stevens, who for 1 year studied 21 patients who underwent the surgery. “Of the women in the program, 100% of them have retained projection through the length of the study.”

Inverted nipple surgery involves placing a slight incision to the milk ducts at the base of the nipple. Once the milk ducts are exposed, the surgeon determines which ducts and fibers are causing the inversion and makes vertical incisions into the nipple parallel to the milk ducts. An internal suture is placed at the 12 o’clock and 6 o’clock positions, and another suture is placed at the 3 o’clock and 9 o’clock positions to strengthen the nipple and eliminate any “empty space.” The “Stevens Stent” (which consists of a medical cup and surgical gauze) is then put in place to keep the nipple in traction and protect the surgical site. The stent and the external sutures are removed after 5 days. The internal sutures are self-dissolving.

Stevens’ approach has limited downtime; women return to their normal activities within a few days.

David Rahimi, MD, has created a new facelift option: the Tuliplift, a minimally invasive procedure that is customizable and addresses a patient’s problem areas more effectively than a traditional facelift, with limited downtime.

“It’s necessary for the surgeon to have a light hand and an overall sense of aesthetics,” says Los Angeles-based Rahimi. “This is what makes the Tuliplift different. I always tell patients to bring photos of themselves when they were 15 years younger. Most facelift patients don’t want to look drastically different. They want to look rested and natural. The Tuliplift provides this balance.”

The Tuliplift differs from other mini-facelifts. The sutures that are used in the procedure have three different vectors to address separate problems and individualize the lift for each patient. The first vector, or “petal,” pulls the face horizontally and slightly upward; the second tightens the jowls; and the third deals with the sagging of the neck.

“The days of giving everyone the same facelift are long gone,” says Rahimi.

Recovery can take as little as 1 week; many patients go back to work in that time. The procedure is performed under local anesthesia, so there is a lower risk of complications.

The American Society for Aesthetic Plastic Surgery (ASAPS) warns plastic surgery patients to be wary of “bargain” injectables and other treatments that are not approved by the US Food and Drug Administration (FDA). According to the ASAPS, unregulated injectables can put patients’ lives at risk. Drugs from foreign sources may be counterfeit versions of those approved by the FDA; or they could be contaminated, outdated, or improperly packaged or labeled.

“Physicians who buy or use non-FDA-approved products risk significant liability exposure, invalidation of professional liability insurance coverage, criminal penalties, and action by regulatory agencies,” says Mark Jewell, MD, ASAPS president. Often, physicians think they are buying FDA-approved products because the packaging and package inserts are identical. To be safe, physicians should buy products only from approved US suppliers.

The ASAPS recommends that patients avoid discounts that seem extreme and make sure that their surgeon or physician is credentialed. It also recommends that all medical procedures be performed in appropriate facilities by a properly qualified clinician who has training in the procedure. Patients should be wary of procedures offered in nonclinical settings such as malls, private homes, office parties, and social gatherings.

A new Web site, www.e-liposuction.com, has been launched by a company with the same name in response to the demand for information on liposuction procedures.

The site provides information to patients about the costs of standard, tumescent, and abdominal liposuction; what to expect before and after liposuction; preparation and recovery advice; and liposuction alternatives.

According to E-liposuction.com, the Web site will be constantly updated to help educate readers about the type of procedure that might be best for them.

According to a study published in the Archives of Facial Plastic Surgery, a surgical technique that requires the removal, restructure, and reimplantation of the nasal septum is a useful option for repairing the hard-to-treat deviated septum.

Wolfgang Gubisch, MD, of Marien Hospital, Stuttgart, Germany, developed and refined this procedure. He reviewed the medical charts of two groups of patients who underwent septoplasty (surgery of the nasal septum): 459 procedures performed by Gubisch from January 1, 1981, to July 31, 1987; and 108 procedures supervised by Gubisch in 1996.

Among the procedures Gubisch performed, he found a 96% success rate. “Despite the complex deformity and complicated operative procedure, postoperative complications were rare; and only 20 patients elected to have revision septoplasty,” says Gubisch. “Fifty-seven complications occurred, with the most common complaint being irregular contour of the dorsum.”

According to Gubisch, his 20 years of experience in more than 2,000 septoplasty patients demonstrates that this technique is an important one for correcting extensive nasal septal deviations that result from trauma, previous surgery, or congenital anomalies.

A study conducted at the University of Michigan (U-M), Comprehensive Cancer Center in  Ann Arbor, Mich, found that when women are diagnosed with breast cancer, they are more likely to choose surgery that removes the entire breast (mastectomy), even though the survival rates are the same for surgery that only removes the tumor (lumpectomy).

“The current policy assumes that the high rate of mastectomy, the more invasive treatment, is a result of two factors: Providers are not following guidelines that favor breast-conserving therapy, and patients are not involved in the treatment decision,” says Steven Katz, MD, MPH, lead study author and associate professor of general medicine at the U-M Medical School and of health management and policy at the U-M School of Public Health. “What we find is the opposite: Surgeons are strongly promoting lumpectomy, and most women say they were involved in the decision.”

Katz and his team of researchers surveyed 1,844 women in the Los Angeles and Detroit metropolitan areas who had been recently diagnosed with breast cancer. The women were asked whether they made the surgical decision on their own or with their physician, or if their physician made their decision for them. The patients were also asked if their physician discussed mastectomy, and breast-conserving lumpectomy with them.

The study found that, overall, the women were satisfied with their choice, with only 11.7% reporting low satisfaction with the type of surgery they received, and 11.4% expressing regret over their decision.

“When women are diagnosed with breast cancer, they are looking for as complete a solution as possible so they can continue on with their lives,” says Paula Lantz, PhD, study coauthor, associate professor of health management and policy at the U-M School of Public Health, and a member of the U-M Comprehensive Cancer Center. “As long as women are not pressured to have one type of surgery over the other, either choice is a viable option.”

A survey of British women, commissioned by Britain’s Grazia magazine, found that more than 50% of those age 25–45 plan to undergo plastic surgery. This result is based on interviews with 1,000 women from England, Scotland, and Wales with an average age of 34.

Many of the women surveyed who had undergone plastic surgery said it is a life-changing event. Almost half of them changed their jobs, four out of 10 are no longer with the same partner, and 41% have changed their lifestyle. Overall, 88% said they would do it again.

According to the American Society of Plastic Surgeons (ASPS), breast augmentation is more popular than ever. However, women are opting for breasts that are soft, supple, fuller in the lower than the upper pole, and in proportion to their body.

“It is very common in my practice to perform an enhancement that changes the breast profile from an ‘A’ cup to a ‘B’ cup,” says Michael Law, MD, Raleigh, NC. “I rarely have patients requesting large implants anymore, although there are still a few who express a desire for that busty, ‘done’ look.”

Women in their 30s and 40s are the fastest-growing group of patients seeking breast augmentation today because they want to restore their breast volume following pregnancy and lactation. These women don’t want to look like they’ve had surgery; instead they want a natural, youthful breast contour.

According to Law, potential breast augmentation patients should give serious thought to a conservative, small breast enhancement that is more likely to feel natural. It is possible to provide an enhancement that is soft, supple, and undetectable to the touch with a small implant—something that is not achieved with large implants. 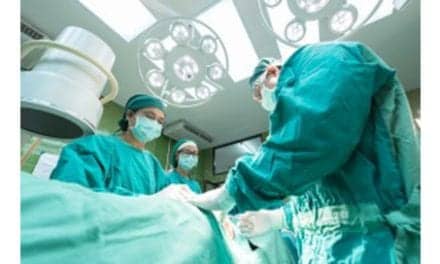 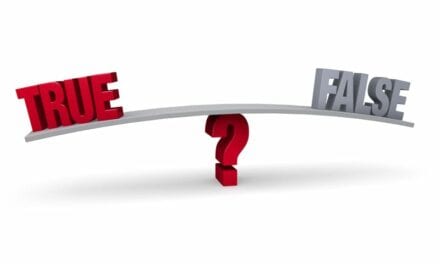 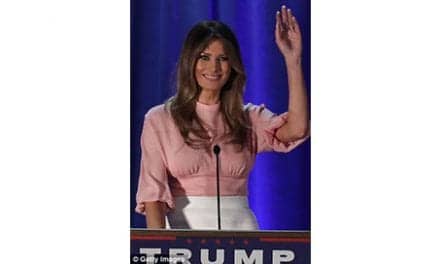