The trichophytic mini open lift may seem old-fashioned, but it has its advantages

Although the foregoing may seem obvious, it is not uncommon to see patients who have undergone multiple blepharoplasty procedures without considering a brow or forehead lift. Unfortunately, these patients may not have enough upper eyelid skin left to perform a brow lift without causing lagophthalmos.

Many techniques have been described to lift the brow and forehead. (See the Recommended Reading list at the end of this article.) Surgeons who entered the aesthetic facial arena during the last decade may have learned that endoscopic techniques are preferred to lift the brow and forehead. The converse may be said about surgeons who trained several decades ago and have yet to embrace endoscope technology.

Although some practitioners still prefer the coronal brow and forehead lifting technique, this method has largely fallen out of favor. The problems with alopecia, dysesthesia, and scars are well-documented. In addition, coronal techniques elevate the hairline, a result that is contraindicated for many patients.

Because of these problems, endoscope technology was a well-received alternative to coronal techniques. But the endoscopic brow and forehead lifting technique is not without its problems. It requires significant investment in equipment, it has a steep learning curve, and, like the coronal techniques, it raises the hairline.

In the past year, the thread-lift method has emerged as another alternative. This minimally invasive procedure can raise the brows and appears to be promising for selected patients who do not need to rejuvenate their entire brow–forehead complex.

Yet another technique—the trichophytic mini open brow lift—may not be in the armamentariums of many surgeons, especially those who trained after endoscopic methods were introduced. To this group, any open technique may seem like a step backward, but the trichophytic lift warrants a closer look for incorporation into a surgeon’s upper-face-rejuvenation repertoire.

This technique has many advantages:

• It does not raise the hairline, and it is a welcome alternative for patients with higher hairlines.

• It is simple, it can be performed with local and tumescent anesthesia, and it requires no specialized equipment.

• It is a subcutaneous dissection that does not rely on subperiosteal release for success.

• Because it is a direct-excision technique, brow elevation is immediate, pleasing the patient.

In my opinion, the failure to adequately release the periosteum and the related connective tissues is the most frequent reason why endoscopic techniques fail. The degree of brow elevation is not in doubt because it is proportional to the amount of forehead skin excised. Also, when performed correctly, the technique produces an imperceptible scar.

Some patients and surgeons may worry about the length of the incision. A point to keep in mind is that, combined, the five standard endoscopic brow incisions are approximately 15–16 cm long. The average incision in this open technique is about 14 cm long.

I explain this to patients, and most are not averse to the open technique. Frequently, a patient may choose this technique to avoid the resorbable screw fixation or bone tunnels associated with the endoscopic technique.

As with any brow technique, a stable hairline is preferred. Any brow lift performed on a patient with an unstable hairline can produce undesirable scarring and future hair loss. Patients who wear their hair back may want to comb it down over their foreheads for several weeks; otherwise, patient selection is consistent with other brow-lift techniques.

My preferred brow-lift options for patients are the endoscopic, trichophytic mini open, and thread-lift techniques. The choice is based on the usual criteria: degree of aging, combination with other procedures, available recovery time, and finances.

For patients who already have high hairlines or balk at calvarial fixation techniques, the trichophytic option has been well-received. Although I frequently resurface endoscopic brow and facelift flaps, I have not yet performed simultaneous carbon dioxide laser resurfacing on the thin lipocutaneous flap of the trichophytic open mini brow lift, but I believe that this procedure can be performed at low fluence.

The crux of this technique is a subcutaneous dissection using an extreme reverse bevel on both flaps and an incision made several millimeters behind the hairline. By incorporating the extreme bevel, the hair follicles can regrow through the scar, making it virtually imperceptible after several months.

Although this technique can be performed with local anesthesia, I usually use intravenous sedation because I frequently combine the brow lift with other head and neck procedures.

The patient is prepped and draped in the usual manner for aesthetic facial procedures. Standard tumescent anesthetic solution is infiltrated over the entire forehead from several centimeters above the hairline to the orbital rims. In addition, 2% lidocaine with 1 part per 100,000 epinephrine is injected at the proposed incision line.

Examination of the hairline shows a secondary line, where the denser hairs begin to feather out to a lower density. This is usually 3–4 mm posterior to the most inferior hairs and corresponds to the desirable incision site (Figure 1A). Because this technique is subcutaneous, there is no need to dissect inferior to the orbital rims or to the lateral orbital rims.

When I am asked how far to dissect in this technique, my answer is “until the brows are adequately elevated.” This can be observed directly, and it usually does not require extensive inferior or lateral dissection. The lateral extent of the dissection is just past the junction of the middle and lateral one third of the brow—in other words, just past the area of desired maximum elevation. Similarly, the inferior dissection is continued to the orbital rim but is stopped when enough subcutaneous dissection is achieved to adequately elevate the brow.

My experience has shown me that making smaller undulations produces a superior scar, as opposed to using larger “saw teeth.” After the incision, a small spatulate liposuction cannula is used (without a suction source) to pretunnel the subcutaneous flap. This greatly facilitates the dissection of this sometimes delicate flap. After pretunneling, a facelift scissors—or sometimes an index finger—is used to continue the dissection to the described limits (Figure 2).

When the dissection has reached the point where the brows are adequately released, the brow depressors can be disrupted. For surgeons who are accustomed to performing corrugator resection from a subperiosteal view, some re-thinking is necessary. With the subcutaneous dissection, the depressors are being viewed from above instead of from below. Care is used to avoid sensory nerve damage. Figure 3 shows the corrugator supercili muscles incised with a microneedle.

When the release is deemed appropriate, the assistant elevates the scalp forward from the vertex (to prevent the incision from gaping), the amount of excess skin is determined, and cutbacks are made. In general, 15–20 mm of skin is excised at the peak area of brow elevation. Less skin is cut back in the midline, which provides desirable glabellar and nasal-bridge elevation and narrowing.

It is imperative not to over-resect skin in the midline. After the cutbacks are made, the flap is anchored with three sutures or staples to bear and evenly distribute the tension (Figure 4A). Using the same extreme reverse bevel incision, the distal flap is trimmed to match the proximal reverse bevel. Although it may seem difficult to line up the undulations to match each other, it is actually quite simple, and they fall into place with little effort. Figure 4B shows the distal flap being trimmed.

After the excess skin is trimmed, subcutaneous 4-0 interrupted polyglactin su­tures are placed, followed by a running 6-0 nylon suture (Figure 5). The sutures and staples are left in place for 10 days. The hair is washed with sterile saline solution and hydrogen peroxide, and a light pressure dressing is placed on the procedure site. The patient is seen 24 hours later for inspection of the flap for he­matoma formation and again 10 days later to remove the sutures and staples.

The incision scar is apparent for several weeks, but it is usually easily hidden by combing the hair forward. During the next several months, the scar becomes well-hidden and is barely visible. PSP

Joseph Niamtu, III, DMD, is a board-certified oral and maxillofacial surgeon in private practice in Richmond, Va. He can be reached at [email protected]

Cuzalina LA, Holmes J. A simple and reliable landmark for identification of the supraorbital nerve in surgery of the forehead: An in vivo anatomical study. J Oral Maxillofac Surg. 2005;63:25–27. 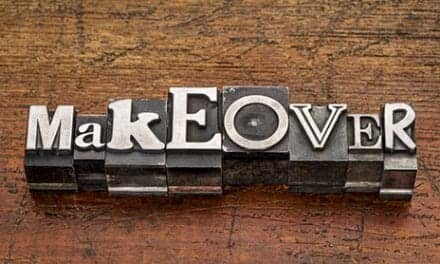 Life in Plastic: A Complete Guide to the “Mommy Makeover” 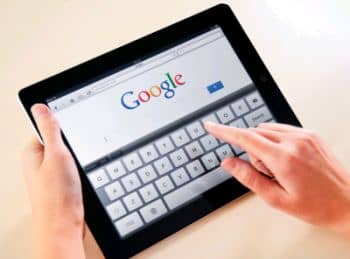 Is Your Practice Going Places?