Almost every other day, my Google Alerts will regurgitate a link to some op-ed or blog post from an aspiring writer who has an opinion about the evils of plastic surgery. Today, the pointer led to Jenna Goudreau’s recent Forbes magazine online blog post, titled “The Hidden Dangers Of Cosmetic Surgery.”

Once more, we are  presented with a media “scare piece” that has been published in a widely read magazine that caters to the exact demographic that routinely entertains plastic or cosmetic surgery. Goudreau notes in her Forbes profile that she has studied journalism and sociology at NYU. For this piece, she opted for a sociological view of plastic surgery that, at times, turns somewhat pathological.

Greater numbers of young women are now going under the knife. Cosmetic procedures are up 4% for women in their 30s, and 30% of all liposuction recipients are ages 19 to 34, reports the American Society for Aesthetic Plastic Surgery. It may indicate a new wave of perfection-seekers, as normal-weight women trim an inch of unwanted fat from their thighs or ditch their miracle bras for larger breasts — now the most popular invasive procedure.

For Goodreau, the alarm bells sound around the notion of “young women” getting procedures, as opposed to the conventional thinking that plastic surgery is reserved for older, matronly ones. The second alarm is a cue for reciting the cliches about potential psychological damage done to anyone — young, old, male, but Goodreau mostly talks about females — who goes under the knife. The article stays in that groove and never lets up. For example:

…psychologists and surgeons fear that many patients do not fully grasp the gravity or potential risks of these operations.

Women who suction fat from their thighs and lower abdomen ultimately destroy those fat cells. When they eventually put weight back on, it distributes unevenly—often to less flattering areas like the upper abdomen, back and arms.

Scarier still are the potential deformities.

…many patients borrow money for the initial surgery. If they need an additional procedure, follow-up costs can devastate their financial lives.

Even if the procedure was an improvement, they become deeply disappointed when the result isn’t “perfect.”

Perhaps the most insidious threat of a cosmetic change is the response by others… the hidden hazards within the family may be worst of all. Children who watch a parent or close relative take the drastic measure of surgery can develop a skewed vision of their own bodies that they may never escape.

What we have here is an excess of talk about gravity, pain, destruction of cells, “scarier still’s,” devastation, and insidious threats. I did not even relate the expert quotes used by Goodreau to prop up her assumptions. She picked out some psychologists who mention negative outcomes and common issues such as BDD. The assumptions project to the reader an inaccurate picture of the industry, overall, though. And it is projected via turns of phrase that imply a medical profession that messes up on a regular basis, leaving patients stranded after expensive procedures that are costly and emotionally and physically devastating.

Goodreau’s most telling statement here, “Experts detail the full spectrum of unintended physical, emotional and cultural side effects that may make you think twice about taking nature into your own hands,” reveals a narrowly parochial view of plastic surgery. One that is filled with fear, doubt, insecurity, and the inevitability of a medical nightmare waiting to happen. Don’t mess with Mother Nature, in other words.

Doubtless, there have been plenty of high-profile examples of plastic surgery procedures going south in the worst way and turning into nightmares for a small percentage of patients. Surgery is a serious business and, as Goodreau states in a couple of places, patients should know what they are getting into. What is missing is a balance of information that tells the reader that nearly all plastic surgeons are thoroughly trained and involved in warding off the worst examples of bad surgical results. They understand how to recognize BDD prior to taking on a depressed or uncertain patient; they make sure the patient understands all known complications; etc. There are patients who buy plastic surgery and don’t like the results, but these are in a remarkably small minority — a reality that escapes Goodreau.

This article is just another in a long cycle of self-important “think pieces” by ex-Ladies Home Journal “pablum-ists” who see only the surface of things, and because it all has to be expressed in 6 column inches, the writer can only think to rerun standard-issue fears about surgery and conveniently avoid anything remotely resembling journalism. 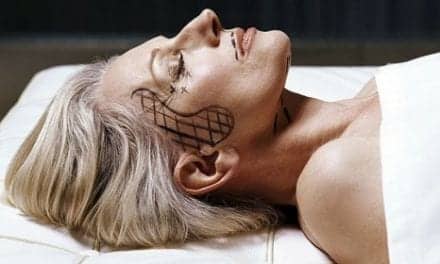