Figure 1. A strong jawline implies youth, vigor, and attractiveness. Angelina Jolie and Brad Pitt are classic examples of what many consider a great “jawline.” The visible structure of the jaw is made possible by limited fatty deposits and further enhanced because of great facial proportions.

Figure 2. The preop picture demonstrates a common problem of mandibular hypoplasia with a deep bite and resulting deep labiomental fold (LMF) along with a short lower facial third. The poor lip apposition further delineates the diagnosis. A chin implant would deepen the LMF and worsen the appearance. Instead, the patient underwent bilateral sagittal split osteotomies (BSSO) to advance the jaw and simultaneously correct the deep LMF and facial height issues to improve the jawline.

How often does a patient complain of a bad neck, weak chin, double chin, or sagging jowl? These lower facial third problems are very common aesthetic complaints that directly or indirectly involve a poor versus good jawline.

A strong jawline implies youth, vigor, and attractiveness. Having a “great jawline” usually means having a visible mandibular border that is straight from the mandibular angle to the chin point. Good bone structure can only be seen if the overlying skin and fat is also structurally sound.

Genetics has a profound effect on jawline aesthetics, and surgery may involve simple liposuction versus complicated jaw surgery. So, while a goal for producing a “great jawline” is often a desired goal for patients and surgeons, the treatment may involve multiple modalities due to the complex anatomy that ultimately leads to the Brad Pitt or Angelina Jolie types of jawlines (Figure 1).

A single technique does not exist that can improve the jawline for all patients. However, common procedures can be used with a correct diagnosis to achieve a great jawline or an aesthetically pleasing lower facial third.

A poor jawline can be thought of as a weak mandibular border and/or chin shape, along with soft-tissue laxity or fullness that hides the youthful outline of the strong boney anatomy.

Diagnosis of each problem allows maximized treatment and informed consent. For instance, not every surgeon can perform orthognathic surgery, but a problem that may be best treated with jaw surgery should be explained before choosing an alternative.

Running through the aesthetic issues quickly, we begin with mandibular hypoplasia, which is a Class 2 skeletal deformity with or without maxillary malformation requiring orthognathic surgery (Figure 2).

Figure 4. An obtuse chin neck angle (CAN) classically presents with a family history of similar neck shapes and an abundance of subplatysmal fat. Treatment often requires direct subplatysmal fat resection to create the desired acute CAN and to maximize results in this patient subset. The patients shown above each have an obtuse CAN requiring submentoplasty to improve the jawline. Additional facelifting or chin enhancement add to the result when indicated.

In the case of isolated microgenia, a weak chin profile can be assessed using Frankfort Horizontal and a line perpendicular at the chin point (Figure 3).

Regarding obtuse chin neck angle (CNA), submental laxity, excess fat above and below platysma, hyoid position, and mandibular projection all affect the CNA (Figure 4). With soft-tissue laxity/jowling, the laxity of skin and subcutaneous tissue near the mandibular border obscures the definition of a good jawline (Figure 5).

Figure 3. The preop picture demonstrates microgenia and mandibular hypoplasia, but because the patient’s lip apposition is relatively normal along with facial height, she could still opt for a basic chin implant versus orthognathic surgery. The patient above chose to have a chin implant only. A simple technique to determine amount of chin projection desired is to drop a perpendicular line from the Frankfort Horizontal plane through the patient’s lower vermillion border. Females can have a chin enhanced to the line or 1 to 2 mm behind it. Most men look best with chin at the line.

In defining bone morphology, genetics and aging have a profound effect on the actual mandibular shape, particularly at the mandibular angle, antegonial notch, and prejowl sulcus (Figure 6).

The average cosmetic surgery patient may complain of a “bad neck,” “weak chin,” or “inherited neck” without knowledge of all the potential issues that may be the true root of their complaints.

Figure 5. Jowling or laxity above and below the mandibular border hides a good bone structure even on thin or average-frame patients. A facelift is typically required to correct significant jowl laxity. The two patients shown demonstrate how jawline definition is likely to be more distinct on thin patients following facelifting.

Figure 6. Mandibular bone morphology greatly affects the outcome of many facial cosmetic surgery procedures. The above patient had gross notching at the antegonial notch as well as the prejowl sulcus that would likely appear worse with a facelift. She instead had a 3D CT image to produce a life-size model and custom mandibular implants to correct her deformity as demonstrated.

Regardless, lower facial third complaints are one of the main areas on which patients focus when wanting facial rejuvenation. In the typical facial cosmetic surgery practice, the eyelids and jawline dominate surgery patient desire for improvement versus cheeks, nose, lips, or even skin.

Having a proven assortment of procedures to treat each problem created by a poor jawline is a major advantage to facial cosmetic surgeons.

Soft-tissue manipulation for skin laxity, fat distribution issues, and fibro-muscular laxity is what most surgeons initially consider when a patient presents with complaints in the lower facial third.

In most cases where the bone morphology and projection are adequate, soft-tissue treatment alone can be very helpful and even dramatic. Liposuction alone is limited because the skin elasticity must be good and the amount of supraplatysmal fat adequate to see a marked change. A submentoplasty with or without a facelift can have a striking effect on the chin neck angle in particular when heavy subplatysmal fat exists.

An obtuse CNA is usually of genetic origin and typically equates to a great deal of subplatysmal fat even in the relatively thin patient’s neck. Direct excision of deep subplatysmal fat via lighted retractor can accentuate a jawline that suffers from the obtuse CNA.

When laxity exists immediately above the mandibular border (jowling), then lower face and neck lifting is necessary (Figures 4 and 5).

Figure 8. Prefabricated silicone mandibular angle “Taylor” implants can be used to increase both lateral as well as inferior projection of the angle of the jaw. The upper photos show the effect of midsize angle implants for an average female patient. The lower photos are different-size angle implants along with chin augmentation to correct mandibular asymmetry and enhance the jawline.

In general, it is easier to create an aesthetic jawline following facelift surgery in thin patients than ones where fat diminishes the mandibular outline regardless of the type of procedure.

Mandibular augmentation is one of the easiest ways to enhance the jawline. Yet, it is often underutilized, especially the use of implants. Fat and various fillers are the current rage, and they certainly have their place for jawline advancement in areas such as the prejowl sulcus, antegonial notch, and even the mandibular angles. However, neither fat grafting nor most fillers have the permanency that facial implants offer.

The precision and treatment ease of injectables are nice qualities. However, longevity and “percentage take” of fat grafting remain debatable and extremely variable.

Implants offer a great alternative for the patient who needs major augmentation to the jawline and desires a treatment alternative that may very well last a lifetime, barring isolated complications.

Of the jawline implants available, these are the most trouble-free. Anatomical-style chin implants have replaced most old button-style implants of a few decades ago, which had numerous problems (Figure 7).

The new style chin implants give various ranges of anterior projection along with fill of the prejowl sulcus laterally. Mandibular angle implants, such as the silicone Taylor style, offer variable amounts of lateral projection as well as inferior projection at the mandibular angle, for often striking enhancement of one’s jawline (Figure 8). Unfortunately, these approaches are technically challenging and frequently require significant intraoral access and screw fixation.

Custom jawline implants can now be made for almost any type of deficiency. The cost remains the problem since a 3D model of the patient’s face must be created first from a detailed CT scan, followed by custom fabrication of silicone or acrylic-type implants (Figure 6).

For select patients who need major reconstruction or have significant asymmetries of the mandibular angles or border, custom implants can be a wonderful tool with accuracy to the millimeter.

Figure 9. Orthognathic surgery of the maxilla can indirectly affect the jawline by changing the vertical facial height. The two patients shown each had LeFort and mandibular osteotomies. The jawline was enhanced for each despite opposite changes to lower-third height. Correcting facial proportion was a main goal, which more often than not leads to a better jawline.

Skeletal manipulation via orthognathic surgery may be used to move any bone of the maxillomandibular skeleton via osteotomies, such as a geniotomy to adjust chin position. A BSSO is the most common procedure to move the mandible in almost any direction.

A deep bite occlusion with resulting class 2 skeletal deformity (mandibular hypoplasia) is regularly misdiagnosed as microgenia, resulting in a chin implant that can actually worsen the aesthetic result.

The key is looking at lip apposition, lower third height, and the depth of the labiomental fold (LMF). A short lower facial third combined with a deep LMF and poor lip apposition by and large requires a BSSO with mandibular advancement (Figure 2). Using a chin implant on this particular patient would deepen the LMF further and create a very unpleasing result.

Osteotomies of the maxilla can indirectly affect the mandibular jawline chiefly with a patient who has a so-called “long face” (Figure 9). Shortening of the maxilla causes autorotation of the mandible. This can produce a much more horizontal or strong jawline by shortening the angle and facial height.

Jawline aesthetic improvement is a common desire for many patients seeking facial cosmetic surgery. The amount of “strength” or prominence of one’s jawline is multifactorial—it can be much more difficult to make the correct diagnosis than to deal with other cosmetic facial concerns.

Adding to the challenge is the reality that the ideal aesthetic jawline is extremely variable among patients. Most agree that a smooth mandibular border with a visible outline is attractive, but argue on how prominent the mandibular angles should be and dispute when thin tissue are too thin. For example, a Manhattan runway model may appear to have a great jawline to many but come across as gaunt to others.

Still, the lower facial third remains a common complaint during facial cosmetic surgery consultations, and selecting the appropriate procedure(s) can be very rewarding to the patient and surgeon.

Angelo Cuzalina, MD, DDS, is in private practice in Tulsa, Okla, and is the current president of the American Academy of Cosmetic Surgery. He can be reached at www.tulsasurgicalarts.com.

A weak chin profile can be assessed using Frankfort Horizontal and a line perpendicular at the chin point.

Submental laxity, excess fat above and below platysma, hyoid position, and mandibular projection all affect the CAN.

Laxity of skin and subcutaneous tissue near the mandibular border obscures the definition of a good jawline.

Genetics and aging have a profound effect on the actual mandibular shape, particularly at the mandibular angle, antegonial notch, and prejowl sulcus. 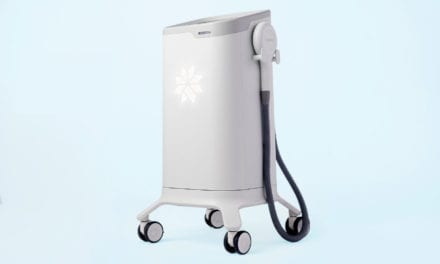 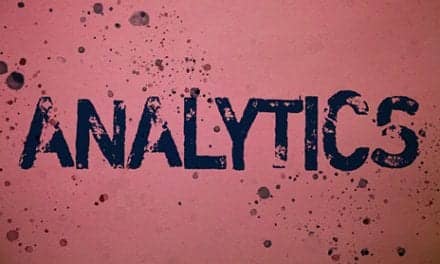 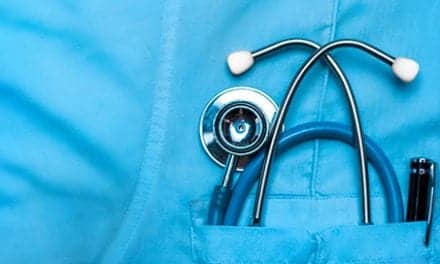 Popular Fat-Reducing Procedure Can Make You Fatter. Woman Sues Over Rare Side Effect 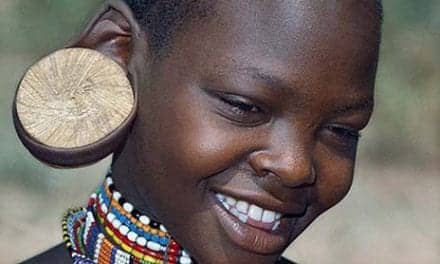