What is it About Florida and Plastic Surgery Deaths?

Lately, seems to have been way too many cases of patients dying as a result of plastic surgery in Florida. Is it happening everywhere else, too, but Florida’s media is just better at reporting these events? I kinda doubt that. Lack of training can be deadly in cosmetic surgery:

Alberto Sant Antonio, whose office wasn’t registered as a surgery center, had done the liposuction a day earlier. According to the autopsy report, Lee-Howard died of an overdose of the painkiller lidocaine from complications after “elective cosmetic surgery.”

Lee-Howard told her husband she had learned of the Alyne Medical Rejuvenation Institute through an ad and that she’d found a “safe” way to lose weight by surgery.

After the procedure, she didn’t feel well and went to sleep on the couch. The next morning, when their then-10-year-old son tried to ask her if he could play a video game, Howard noticed she wasn’t breathing and “started screaming her name,” trying to wake her.

There was so much lidocaine in Lee-Howard’s body that it showed “a basic misunderstanding of the principles of pharmacology and patient safety,” says Alberto Gallerani, a plastic surgeon here who is an expert witness in the Howard family’s lawsuit against Sant Antonio. “It was just outrageous.”

Reached at his office, Sant Antonio said he was “not at liberty to talk about the case.” His attorneys did not return phone calls, but in July they filed a motion seeking to dismiss the case or require the Howard family’s attorney to specify how Sant Antonio was negligent.

The news story’s author defaults to blaming this event on the trend of physicians from other specialties “invading” the board-certified physician space. Again, I doubt that is all there is to it…

Sant Antonio is one of a soaring number of doctors who trained in other medical specialties, such as vision or obstetrics, but have branched into the more lucrative field of cosmetic surgery. Because state laws governing office-based surgeries often are lax, levels of training vary so widely that some doctors are performing cosmetic procedures after only a weekend observing other doctors. Sant Antonio himself has offered three-day liposuction training at his office for the last few years, according to interviews with doctors who have trained under him.

Some dentists trained in oral surgery now do breast implants; ophthalmologists offer eye lifts, OB/GYNs perform tummy tucks, and radiologists are doing liposuction. The results can be disastrous, according to interviews with scores of victims, plaintiffs’ lawyers and plastic surgeons, and a review of lawsuits.

Even so, there’s no shortage of patients: An aging — and often overweight — population is willing to spend money on cosmetic procedures, and people often are seeking lower-cost options to board-certified, sometimes higher-priced plastic surgeons.

Lee-Howard was not the only one to die after surgery at Sant Antonio’s clinic.

A housekeeper and mother of two, Maria Shortall, 38, died of cardiac arrest after a liposuction and a fat-transfer procedure performed by Sant Antonio in June, according to the Florida Department of Health.

Could be the doc in question was just another bad apple… however, after recent reports of a Broward County clinic that has been losing patients right and left; and other events, coupled with Florida’s reputation as being rather strict on its medical practitioners… well… 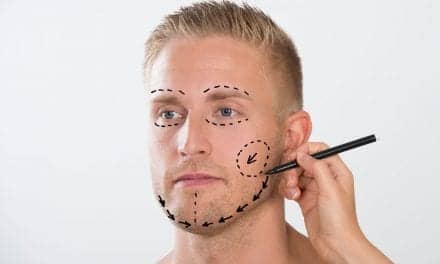 Is Pectoral Etching a Viable Option For Men with Poorly Defined Chests?