Plastic Surgery Practice sat down with Singer to learn about his experience and get his perspective on the issues surrounding the disease.

PSP: Please tell us about your background and diagnosis.

HS: Breast cancer runs in my family, including my mother, sister, and aunt. Shortly after her diagnosis in 2000, my sister set out to look for a genetic cause and was diagnosed as BRCA2-positive. Though I was dealing with prostate issues at the time, I never imagined I would be diagnosed with breast cancer. Then one night, in 2008, a friend gave me a big bear hug and I felt a shooting pain from my nipple up to my shoulder. I had noticed a few physical changes, but thought nothing of it. After discussing the incident with my wife and sister, I decided to make an appointment with my doctor. She sent me to get a mammogram, and they found a mass that was calcified. I had a biopsy the following week and shortly thereafter underwent a full mastectomy.

PSP: What went through your mind when you heard that you had breast cancer?

HS: No guy expects to be diagnosed with breast cancer, but because of my family’s history with cancer, I knew what was going on as soon as I received the results of my mammogram. At that appointment, I quickly realized I was in an environment tailored to women. I was surrounded by women, and they gave me a gown with a pink ribbon on it. When I got home, I began looking for solid information on male breast cancer, but couldn’t find any. It was this that inspired me and my sister to found HIS Breast Cancer Awareness Foundation. Not only is my sister a three-time breast cancer survivor, she also has three adult sons. I have two. All of them are at risk of getting breast cancer.

HS: The treatments are very different. While some women have enough breast tissue to make lumpectomy a possibility, men do not. The entire breast has to be removed, including the nipple and areola. In my case, it was ductal and not invasive of the muscle, so no muscle was removed. The sentinel nodes were removed.

PSP: How did doctors and surgeons treat you as a man with breast cancer?

HS: Most of the doctors and surgeons treated me fine, but they didn’t have much experience with male breast cancer. My breast surgeon told me he had only performed a few mastectomies on men—and he was the most prominent surgeon in my area. Also, based on my diagnosis, he sent me to see a general oncologist because he didn’t think I would need anything other than Tanoxifen therapy. He was wrong; I sought out a breast oncologist and learned that I needed chemotherapy.

PSP: Are most men aware that they can carry the BRCA mutations?

PSP: What would you want to tell breast surgeons about men and breast cancer?

For me, an important turning point came when a famous breast oncologist advised me not to take Adriamycin, one of the components of the drug cocktail Adriamycin, Cytoxan, Taxotere (ACT). I looked into it, and my research indicated that Adriamycin, which can cause blood cancers, is not associated with lesser recurrence levels. My oncologist was taken aback that I didn’t want the most aggressive treatment available, but ultimately, after speaking with colleagues, left the decision to me. I was like, “It’s up to me? But I’m the patient.”

These gaps in knowledge are what made me start to become a skeptic of the system. I realized that I was going to need to take control of my situation; otherwise, I would get railroaded. And I preach that to this day. Patients have to be their own advocates.

I would also stress the importance of making sure patients know if they’re carrying BRCA before choosing to undergo chemotherapy, not after the fact. They didn’t do my BRCA test until after they did my chemotherapy. Patients need to understand the genetics before they make decisions regarding their treatment, whether it’s a lumpectomy, full mastectomy, one type of chemotherapy, no chemotherapy, and so forth. Those decisions will be changed by the genetics of the cancer.

Finally, it’s worth noting that I have yet to find a plastic surgeon that has reconstructed a man’s breast.

HS: Compared to 5 years ago, God yes. I’d say there is 20% greater awareness. The topic has become more mainstream. Just 5 years ago, it was a taboo subject. Since then, we’ve been fighting an uphill battle, but it’s getting better. Now, journalists and producers are coming out of the woodwork because of breast cancer awareness month, and “male breast cancer week” (the third week of October) has been established in several states, including Pennsylvania, Florida, New Jersey, and Massachusetts.

On the flip side, even the National Football League (NFL), which goes entirely pink—cleats and all—has completely failed to mention male breast cancer. Their primary audience (78%) is men, they’re devoting a month to breast cancer, and they don’t even say, “Hey, guys. You could get it, too. Next time you have a physical, get checked for breast cancer.”

Overall, there’s definitely more awareness, but we have so far to go. If you can’t get the NFL to do anything, with their enormous male audience, it’s a long road.

PSP: To what do you chalk up the continued lack of awareness?

HS: Stigma and ignorance. Male breast cancer patients are 4.5 times more likely than their female counterparts to die from the disease. The reason is that women are screened and check their breasts, while guys are ignorant to the issue and don’t want to check their breasts. The medical profession doesn’t even understand it, so how can we expect the public to?

PSP: With this in mind, how is the Pink and Blue documentary coming along?

HS: It’s almost finished. They’re in editing. It will be released in some version in late October, with the full release sometime next spring. As for our involvement, the producer, Alan Blassberg, who lost his mother and sister to BRCA cancers, contacted our foundation to interview my sister and I, and subsequently my mother and aunt. I’m not sure how they will be featured, but it’s an important movie that covers both male and female breast cancer.

PSP: How is your health today?

HS: I’m happy to say that after 5 years, I’ve graduated from 6-month to 1-year check-ups.

William Payton is a contributing writer for Plastic Surgery Practice magazine. He can be reached via [email protected] 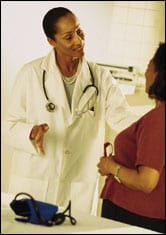 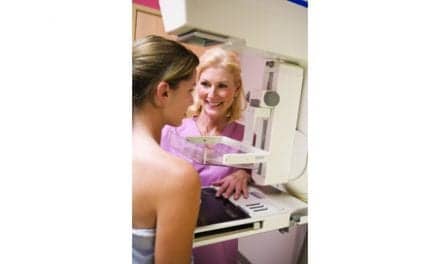