Preoperative breast expansion followed by autologous fat injection may be a safe and effective alternative to breast augmentation with implants, according to a new study in the May issue of Plastic and Reconstructive Surgery.

Of 81 study participants, all but 10 used the Brava system for tissue expansion for a few weeks before surgery and a week or so after fat cell injection. One year after surgery, breast volume was increased by an average of about 230 cubic centimeters (cc) among women who used the Brava system compared with a 130 cc average reported by previous studies using fat transplantation alone.. Lead author Roger K. Khouri, MD, of Florida International University and Miami Breast Center, Key Biscayne, Fla., invented the Brava system.

Pre-expansion provides the room within the breast for transplanted fat cells to survive and thrive. There was an 80 percent fat survival after pre-expansion compared to about 55 percent fat cell survival without it. The procedure was also safe. There were no major complications seen in the study. Sixteen percent of women had areas of fat cell necrosis. 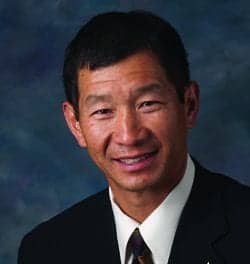