Correction of Gynecomastia in Bodybuilders: A case series of more than 5,000 patients treated over 33 years 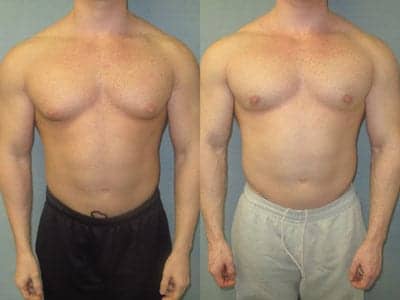 Gynecomastia, the benign enlargement of the mammary gland in men, affects 32% to 65% of the general population. The etiology is most frequently idiopathic, although sometimes it may be secondary to hormonal dysfunction, medications, or syndromic—eg, Kleinfelter’s. In adolescents presenting with breast buds that are not significantly enlarged, gynecomastia is frequently temporary, but it can turn into a permanent condition in adulthood.

In bodybuilders, gynecomastia is generally the result of anabolic steroid use or the ingestion of over-the-counter hormones which are frequently sold in various sport and general nutrition stores. In most cases, gynecomastia in bodybuilders becomes permanent, lasting beyond the cessation of steroid use. Patients with gynecomastia typically request surgical treatment for aesthetic purposes. Competitive bodybuilders are no exception.
Surgical treatment of gynecomastia in bodybuilders is more challenging than in other patients due to various factors. There is an increase in the vascularity of the chest as a result of hypertrophic pectoralis muscles, the usage of various anabolic steroids, and an increased intake of different Omega fatty acids, all of which are known to cause excessive bleeding perioperatively. Moreover, these patients are perfectionists with regard to their physique and chest aesthetics. As such, their level of expectations is higher. During competition, their chest is more scrutinized.

“This study demonstrates the importance of direct excision of the glandular tissue over any other surgical technique when correcting gynecomastia deformities in bodybuilders. We recommend excision of the glandular tissue under direct vision. Avoiding piecemeal excisions and injury of the underlying pectoral fascia prevents contour deformities and unnecessary bleeding, respectively.”

There is a need to excise the entire gland due to high recurrence if the gland is only partially removed. The penetration of the pectoralis muscle has to be avoided by all means due to potential scarring, bleeding, and subsequent deformities. The circumareolar incision should be in a position that minimizes scar visibility.

Between 1980 and 2013, more than 5,000 patients were treated for various gynecomastia deformities in the senior author’s practice. Of these, 1,574 were male bodybuilders who were treated surgically, 1,073 of whom were followed for 1 and 5 years after surgery. A significant number of these 1,073 patients (15%) were professional bodybuilders with superior physique.

Patient ages ranged from 18 to 51. Our patient population consisted of adult males with no history of hormonal or physical dysfunction. Meaning, they had no signs or symptoms of pituitary, thyroid, liver, adrenal, renal, or testicular disease.

The operative technique consisted of a skin incision in the inferior periareolar location. Suction-assisted lipectomy was performed in only 5% of the cases using the contralateral breast periareolar incision. Indications for the use of liposuction were removal of peripheral fatty tissue in patients with mediocre physique. Professional bodybuilders have a much higher ratio of glandular to fatty tissue, and as a result, they required no liposuction in this study. In virtually all cases, a subcutaneous mastectomy was performed, leaving behind only 2 to 3 mm of tissue under the skin. In this manner, the nipple-areolar-complex (NAC) was flush with the contour of the pectoral muscle.

Given the young age and good physique of our patient population, almost all patients had tight and elastic skin that conformed to an ideal shape postsurgery, even when the gynecomastia itself was very large at times.

In patients with low fat content, care was taken to remove all of the glandular tissue. Sharp undermining was performed initially under direct vision to an area that extended around the NAC. Penetration of the fascia resulted in unnecessary hemorrhage and potential contour deformities. In addition, excessive bleeding was encountered more frequently with dissection on the far lateral aspect compared with the medial side of the gland.

Meticulous hemostasis was achieved throughout with electrocautery. All glandular specimens were sent for pathological analysis. This approach, which circumvents the need for piecemeal excisions, resulted in fewer complications and less operative time.

In 3% of the cases, a ¼-inch Penrose drain was placed via the surgical incision or the axilla for a total of 24 to 72 hours. Compression dressing was applied over the surgical site for 3 to 5 days. No antibiotics were prescribed postoperatively.

Postoperative instructions consisted of light activity with restricted range of motion in the shoulders for the first week. Movement of the pectoralis muscle often results in increased bleeding because of the excessive vascularity in bodybuilders.

Elastic compression dressing was applied over the chest for 5 days. Labor work was restricted for at least 1 to 2 weeks. Modified activity was resumed after 1 week follow-up with light, non-chest-related exercises for 2 to 3 weeks. Regular chest exercise regimen was resumed after 4 to 6 weeks.

The continued use of anabolic steroids was found in the vast majority of cases. Two percent of the bodybuilders had a pathology report of gynecomastia with atypical intraductal hyperplasia. No reports of disease progression to malignant breast cancer were reported.

Static postoperative depressions in bodybuilders were extremely rare and found in less than 1% of patients. Dynamic depressions were found in 7% of this study population. Permanent resolution of the growth with good symmetry was observed in all patients and aesthetically pleasing results ranked as high as 98%, according to a 13-year Joint Commission on Accreditation of Healthcare Organization patient satisfaction survey. No instances of necrosis or sloughing of the NAC were seen even after substantial areolar thinning.

Seroma formation was the most common minor complication in 12% of  the patients, but it occurred more frequently in patients who underwent revisions or secondary, corrective procedures. The overall hematoma rate was 6% for the entire length of the study. Hematomas were more likely to be found in the noncompliant group of patients. No major complications were noted in which inpatient hospitalization was necessary, and no surgical-site infections or significant contour deformities were observed in this series.

This study demonstrates the importance of direct excision of the glandular tissue over any other surgical technique when correcting gynecomastia deformities in bodybuilders. We recommend excision of the glandular tissue under direct vision. Avoiding piecemeal excisions and injury of the underlying pectoral fascia prevents contour deformities and unnecessary bleeding, respectively.

The novice surgeon is advised to proceed with cases that are less challenging than those typically presented by bodybuilders, primarily with patients who require excision of small to medium glandular tissue. Once this technique is mastered, he or she can feel confident operating on bodybuilders with gynecomastia. 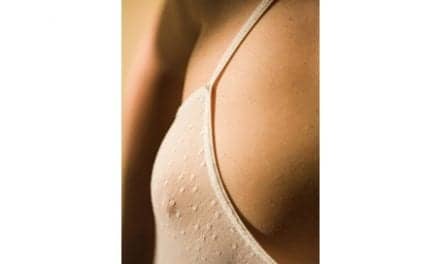 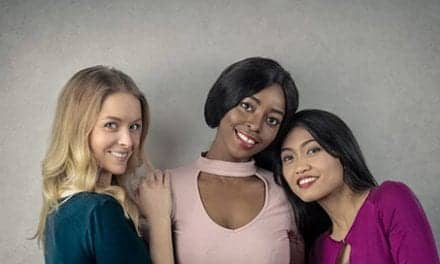 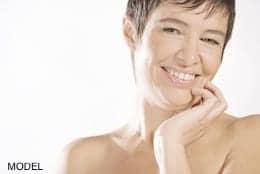