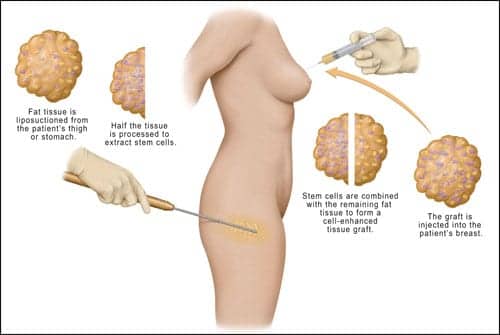 Stem cell-based breast augmentation. Sounds kind of sci-fi—as in, it couldn’t be happening now, right? A form of breast augmentation via the use of a patient’s stem cells is a procedure developed by Todd Malan, MD, a cosmetic surgeon at Innovative Cosmetic Surgery Center in Scottsdale, Ariz.

Malan is the first physician certified to train others in this very cutting-edge albeit controversial procedure. He has added to, revised, and otherwise dramatically improved upon the techniques used by multiple other physicians to ultimately create what he calls a remarkably successful technique of his own for the procedure, which he calls Natural Breast Augmentation.

PSP: How long have you been offering this procedure, and has it been a success?

Malan: I have been offering the Natural Breast Augmentation with fat transfer for about 3 years using the Body-Jet device (Eclipsemed, Dallas) and avoiding centrifuging to enhance to survival rate of the fat cells.

I recently began adding stem cell-enriched fat as a way to further improve the survival of the fat transferred from one area of the body to another. Even without the stem cells, the survival rate of the fat cells is up to about 70% to 80%.

We have done a lot of research and are coming up with very good protocols with regard to the procedure, which [I] will offer both other physicians and patients as a resource to assist in making decisions about the procedure.

The stem cells are useful in a number of situations, primarily those patients who have a very low BMI and those who would desire more than a 1 to 1 ½ cup increase in breast size.

The methods used for the harvesting and transferring of the fat and stem cells has improved dramatically since [they were] first introduced in the 1980s. The procedure was booed off the stage, so to speak, by the ASPS because, at that time, only about 50% of the fat transferred was actually surviving.

Today’s technological advances have made the collection process far more gentle, which leads to an improved survival rate of the transferred cells. Additionally, the use of a process to yield the highest number of stem cells for transfer and the methods by which the fat and/or stem cells are transplanted from one area to the other are much improved.

The new devices and procedures allow great results with almost no complications. We no longer have the issues with damage to the fat or skin, far less swelling, and virtually no problems with lumpiness in the breasts.

PSP: Can you recall why fat transfer breast augmentations were “banned” in the ’80s?

Malan: When the procedure was first introduced in the 1980s, there was a lot of concern about fat transfer areas becoming lumpy or cystic. The potential for calcifications being misread on mammograms was fairly high at that time, and the concern was that a lot of women would go through unnecessary biopsies because of this.

Now, we understand that with gentle harvesting and microdroplet transfers, we can add significant volume with no problems.

Basically, the ASPS didn’t have enough information to say that it was a safe and effective procedure. The potential for calcifications caused by fat transfer to the breasts to be mistaken by the radiologists as a cancerous or precancerous lesion or lump was significant enough that the ASPS opted to put a ban on the procedure.

The stance that they took really wasn’t fair considering the lack of information and the very real complications of the alternative—implants. They didn’t have enough good scientific evidence to say it was safe, so they simply said let’s not do it.

For comparison purposes, and giving consideration to the poor procedural practices in the ’80s, the fat transfer breast augmentations were even then a better alternative than implants. If I had been asked 20 years ago, I would still have preferred fat transfer.

Data shows that 20% of implants are removed within the first 3 years, and 20% more have major complications within the first 5 years. Having the implants for more than 10 years substantially increases the incidence of capsular adhesions and scarring.

The implant manufacturers clearly state that implants are not designed to last a lifetime, and some actually recommend they be removed at 10 years. This means that women who select implants will likely require multiple procedures each with an increasing risk of complications.

Data also indicates that implants can hide nearly 30% of the breast tissue from mammography. Twenty years ago, despite only a 50% fat survival and a 20% incidence of calcification, there was still less of a risk of multiple surgeries and poor mammogram interpretation than with implants.

With modern techniques, not only myself but other surgeons are now getting consistently at least 80% survival rate with the fat transfers and a less than a 10% occurrence of calcifications. With the advances in mammography techniques, misreading the mammograms is no longer a real issue.

Having said this, the ASPS has, as of March of 2009, reconsidered the ban on fat transfer breast augmentations with the use of stem cells. They are still not pushing the procedure, but are conceding that it is a procedure “worthy of consideration.”

PSP: How, where, and from whom did you learn to perform and teach the natural breast augmentations, particularly those using stem cells?

Malan: I really am “self taught.” Until we begin offering CME courses, that had been about the only option in the United States. I took a combination of techniques from Mel Bircoll [MD]—and early fat transfer pioneers in the United States, Japan, and Brazil—and modified them to create a protocol for the procedure that has proven very successful. Thankfully, in Japan, Brazil, and in Europe they have continued to work on the fat transfer and stem cell-enriched techniques to improve upon the procedure over the years.

PSP: How many of these procedures would you say have been performed successfully and with good results in the United States?

Malan: Many plastic surgeons have admitted to me that they have quietly been offering this procedure for years. Dr [Roger] Khouri recently presented to the ASPS his experience with 55 patients—and we have done twice that number.

PSP: How is it that there are non-plastic surgeons, or surgeons who specialize in other areas such as orthopedics or gynecology or hand surgery, now performing breast augmentations?

Malan: Khouri is a hand surgeon who is board-certified as such. He co-created the BRAVA breast enhancement device. This is a suction cup device that is designed to give a very temporary breast augmentation. It is attached to the breast and, through suction, stretches the breast tissue. It was originally designed for a very temporary (say, the weekend of your high school reunion?) breast enhancement and gave the appearance of larger breasts for a few days.

Later, he got the idea of taking advantage of the tissue expansion properties of the BRAVA to create more room for the fat transfer, thereby improving the chance of more cells surviving the transfer. All his cases have been done using this device, and he attributes his success to this.

However, there are many of us who have good results without using it. Two gynecologists in Italy actually invented liposuction, which came to the United States in 1984-85. Despite the ASPS also “banning” liposuction for the first several years, they eventually said not only is this a great procedure but it should be performed by plastic surgeons. This is an invaluable tool to plastic surgeons.

The vast majority of techniques and procedures we use in plastic surgery today originated in a different field. Non-plastic surgeons have come up with ideas or better ways to perform a lot of the procedures now considered cosmetic in nature.

Of course, the ASPS sits on the fence for a while, which is not an unwise decision, then with time they determine if they believe something is useful and go from there in giving it approval. Many times, it just takes someone innovative to push the envelope a little to come up with a technique, product, or procedure that works better than what we are currently doing. Without these other specialties, then, the plastic surgeons would not have many of the techniques and technologies [they] do today.

PSP: What is the rate of complications for your procedure, and do you have any reservations about calling yourself the first in the United States to offer stem cell-enhanced fat transfer?

Malan: We really have not had any complications, based on the things we have already covered. The methods and devices now available for fat harvesting and transplanting—as well as improvements in mammography techniques—have virtually eliminated the issues of 20 years ago.

We have fantastic data from Europe and Japan because, thankfully, they did continue to work to improve their techniques. The recent regulatory approval of these techniques in other countries is a great sign. Regulators in Britain and Japan are no less arduous or stringent than our own. It is just that they saw enough potential, even then, to continue to work on and research breast augmentation with fat transfers. It would be different if we were using exogenous growth factors for the transfer—but we are using [the patient’s] very own fat cells and stem cells, which have no demonstrated or even a reasonable theoretic risk of turning into cancer cells. That’s not how they work. These stem cells aid in the process of generating new blood vessels to supply the transferred fat.

PSP: What are the biggest issues for those who would like this procedure?

Malan: The biggest question is, is it worth the cost? Cost wise, liposuction with fat transfer to the breasts is only about $5,000 over the cost of just liposuction. It is comparable in cost to a breast augmentation with implants and liposuction.

However, adding stem cells to the mix adds an additional $5,000 to the procedure. This is because the procedure for processing and extraction of the stem cells is very time consuming and expensive. The disposables that are required for the 3-hour procedure cost around $2,800.

The automated processing is faster and cheaper than the manual extractions, which are popular in Japan and Korea. Using the latest automated devices saves time and money, but is still more costly than implants. However, if you look at the lifetime cost of implants based on published statistics on complications and reoperation, then fat transfer is actually less expensive.

PSP: What is the most exciting aspect of doing this procedure and the research?

Malan: The most exciting thing to me is all about the adipose-derived stem cells. The fat has 300 times more stem cells than the bone marrow—not just for the breasts but for future uses.

Liposuction surgeons should be prepared to save stem cells for future use for anyone having the procedure. In the past, most of the emphasis has been put on the face and breasts. And because these are the areas where we were already doing fat transfers, it was a natural extension to add the stem cells.

However, injecting the stem cells into the heart after an MI (myocardial infarction), or injecting them for liver failure or kidney failure—these are exciting things!

Studies are already being done in Italy where they inject stem cells into the heart right after a heart attack to rescue and restore the heart muscle without the long-term effects of an MI. Even orthopedic docs are sending patients for liposuction, not because they need the liposuction, but so they can have the stem cells injected into a damaged knee. The stem cells help repair the torn tissues/ligaments.

We now know that stem cells from the fat help establish a good blood supply to tissues under trauma, damage, or hypoxia. Additionally, we don’t have the controversial issues associated with the use of embryonic stem cells because we are using adult stem cells.

Connie Jennings is a contributing writer for PSP. She can be reached at . 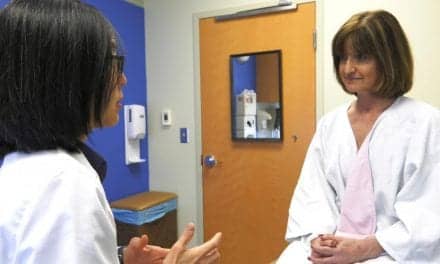 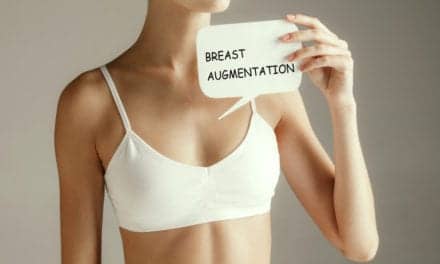 Is The Natural Boob Job The New Boob Job?