It’s a work in progress. The results have been disappointing so far

As the public demand for cosmetic surgery continues to steadily increase, so does the desire for “no-downtime” and “nonsurgical” procedures. The suture thread lift has received much national attention over the last year as the technique for “nonsurgical” lifting. It is a very simple procedure that takes less than 15 minutes to perform under local anesthesia. But, as you will see, it needs further development.

The patient sits upright and looks in a mirror as the brow is elevated in the desired vector. When the vector is agreed upon, a marking pen is used to mark the entrance and exit points for the threads.

A straight taper-cut needle is inserted at the entrance point into the subcutaneous plane. A sinusoidal path is made with the needle to increase the surface area of engaged thread, and the needle exits at the predetermined exit point. The needle is advanced until all of the visible barbs disappear under the skin proximally, and it is then cut. The second thread is placed in a similar fashion.

Next, a third incision (the fixation port) is made about 1.5 cm behind the two entrance points to form an equilateral triangle with them. This incision is made to fixate the threads, and a 26-mm half-circle taper needle on each thread is inserted into the entrance point through the periosteum and out the fixation incision.

The two threads are then tied together with four square knots and the needles are cut, leaving a small tail. At this point, the threads are affixed to the periosteum. Next, blunt dissection is performed between the threads in the subcutaneous plane from the fixation port to the region of the brow to—theoretically—create a flap that will increase the surface area of healing tissue, thereby increasing the chance of a successful lift.

It is now time to begin contouring.

The distal thread that extends from the exit point is grasped and made taught. The surgeon’s other hand is used to push the skin in a superolateral direction to­ward the entrance points with firm pressure against the underlying barbed suture. The suture engages the skin, and the brows are elevated to the desired position—usually maximal elevation, because settling is expected.

The exposed distal thread is lightly tugged and then cut flush with the skin so that the end retracts approximately 1 cm into the skin. Each stab incision is closed with a single 6.0 fast-absorbing gut.

Bunching of the skin is to be expected near the entrance points. This resolves over the course of a few days to a few weeks. The overcorrection of the brows normalizes within the first several days following the procedure.

The patient is instructed to refrain from any physical activity for 3 weeks and to avoid any pressure on the forehead skin, including massages and facials, for the same period.

I have performed this procedure on 18 patients, and all were completed 6 weeks or more by the time of this writing. Of the 18, six patients think that the procedure was effective for lifting the brows; of those six,  I have seen only two in follow-up that I can confirm have a good result (the other four were surveyed by telephone).

The remaining 12 patients believe that there was no appreciable lift to the brows. Of the 12, I have seen nine in follow-up and can confirm the lack of brow lift (the other three were surveyed by telephone).

The issue of downtime is important. For patients whose lift did hold up, the actual downtime was as long as or longer than that for an endoscopic or subcutaneous brow lift. The lift that the threads created was quite tenuous when in position, and the barbs were easily disengaged, which undid the lift.

To prevent disengagement, the patient must refrain from essentially all activity for 3 weeks. Anything that causes forehead motion or puts pressure on the forehead skin can cause the threads to disengage within 3 weeks of the procedure. This includes activities such as laughing, sneezing, eating, and rolling over onto the face while sleeping. I find that my surgical brow lift patients are able to return to normal daily activity as fast as or faster than my thread lift patients who choose to obey the postoperative instructions.

It is fair to say that I have not had the success that I was hoping for with the suture-thread brow lift. It has been less successful than suture-thread cheek and jowl lifts. The safety, minimal downtime, and success of the endoscopic brow lift and subcutaneous brow lift continue to produce consistent and reliable results that lead to happy patients.

I think many surgeons would agree that a 66% failure rate is unacceptable for an aesthetic procedure, and therefore I rarely offer brow lifting with threads at this time. PSP

Jason B. Diamond, MD, is a plastic surgeon in private practice in Los Angeles. He can be reached at (310) 859-9816 or via his Web site, www.jasonbdiamond.com. 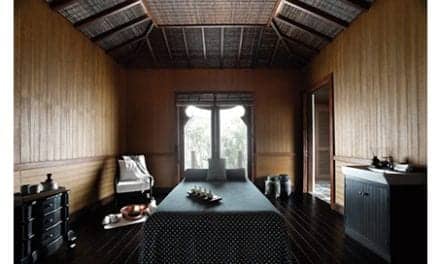 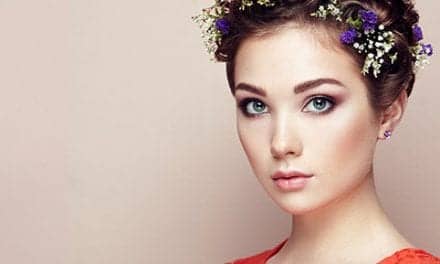 Maybe She’s Born With it, Maybe it’s Epigenetics: 5 Tips for Beauty and Anti-Aging