Chemicals May Be Altering Breast Development

Exposure to chemicals early in life may alter how breast tissue develops and raise the risks of breast cancer and lactation problems later in life, scientists concluded in a set of reports published Wednesday.

The scientists are urging federal officials to add new tests for industrial chemicals and pesticides to identify ones that might disrupt breast development. In some cases, they said, mammary glands are more sensitive to effects of hormone-disrupting chemicals than any other part of the body, so low levels of exposure may be causing breast changes.

"Few chemicals coming into the marketplace are evaluated for these effects," said one of the reports, based on the findings of more than 60 scientists who convened a workshop in Oakland, Calif., in 2009.

Although many experts have long debated the role of the environment in breast cancer, the possibility that chemicals are changing how and when breasts develop is a relatively new concern for scientists. 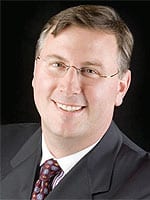