Breast implants are in the news again. As we all know from experience, the media rarely reports anything positive about breast augmentation with implants.

And the latest breast implant news is certainly no exception to this rule.

I am talking, of course, about the evolving Poly Implant Prostheses (PIP) scandal taking place throughout Europe. These implants, manufactured by a now-defunct, rogue company, were also sold under the trade name of M-Implants. They were filled with industrial-grade silicone. As a result, there is a higher than acceptable risk of rupture and some, so far unfounded, concerns about cancer. It is estimated that between 30,000 and 50,000 women may have these breast implants in Europe.

That’s the backstory. Now for the fallout. Different countries have differing policies on what should happen now and who should foot the bill. Germany, France, and the Czech Republic are recommending the removal of the PIP breast implants ASAP due to risk of rupture. Britain, however, says there isn’t enough evidence to suggest all women with these implants should have them removed. Switzerland is reportedly, well, Switzerland, and remaining neutral. The International Society of Aesthetic Plastic Surgery (ISAPS) and the World Health Organization have also weighed in on the scandal. ISAPS backs the countries calling for removal of the toxic implants, and WHO is telling women to speak to their doctor if they are concerned about rupture risks.

The result? A climate of chaos and confusion. European women don’t know what to do, and plastic surgeons don’t know what to tell them. PIP implants were never cleared for marketing in the United States, but ripples are starting to be felt here with calls for a ban of cosmetic surgery appearing in the popular press. In this sense, the PIP scandal is everyone’s headache.

We need to learn from history. Yes, the PIP scandal is an entirely different situation than what occurred with silicone breast implants in the United States in the 1980s, but there could be similar ramifications and setbacks, including a chilling effect on the use of breast implants and more fuel to the anti-cosmetic surgery sentiment unless someone helps smooth things over.

This means no mixed messages. Women need definitive advice. A little public relations panache wouldn’t hurt, either. Reports calling for a ban of cosmetic surgery state that there is no acceptable risk for purely aesthetic procedures. These grandiose statements fail to consider the fact that many of these women had breast reconstructions surgery with PIP implants after breast cancer surgery. This fact changes the playing field.

There are also clinical considerations, even for US doctors. “Medical tourism is here whether we like it or not,” says Jeffrey Kenkel, MD, the president of the American Society for Aesthetic Plastic Surgery (ASAPS). “Many US residents do go aboard and have surgery, especially breast surgery, and we need to be aware of what implant they are using and what will happen if they have problems,” he says. ASAPS is helping to educate members on the PIP implants, and which countries used them.

Such straightforward messaging will help ensure that the irresponsible actions of one rogue company will not set breast augmentation back any further. Due to the 14-year ban on the use of silicone breast implants in the United States, many young surgeons are just now getting up to speed on how to use these devices, and the FDA remains reticent to approve any new breast implants such as the highly cohesive “gummy bear” implants.

We need to move forward, not backward, and the best way to do this is to educate, inform, and focus on the extensive safety profile of breast implants in the United States. Breast implants are the most widely studied medical device of all times.

Let’s not throw the baby out with the bathwater!

PS: I had planned to use my first editor’s letter to introduce myself, but instead I decided to devote it to some of the issues affecting plastic surgery practice here and abroad. I have replaced Jeffrey Frentzen as the editor. I have been writing for the magazine and covering plastic surgery for other venues for a long time, but l know I have big shoes to fill. Please feel free to let me know what you like about the magazine, and what you don’t. Also come by and say “Hi” at our booth at the next trade show. I look forward to meeting and hearing from all of you.

Plastic Surgeons Should Talk To Patients About Breast Reconstruction Options 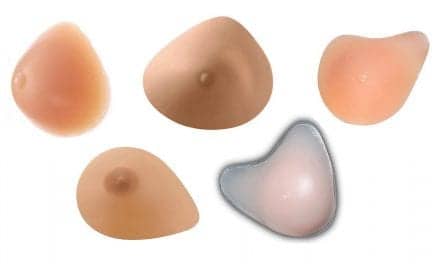 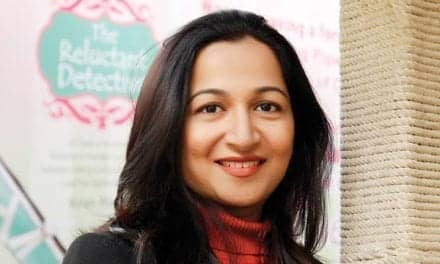