Aesthetic concerns in the upper facial third affect a wide range of age groups. They may even manifest for some patients in their 20s and 30s due to genetic predisposition. The challenge is to assess each patient to determine who would really benefit from a given procedure.

Not all eyebrows are created equal. Some females actually look more attractive with a brow that is level with their orbital rim, whereas others look better with their outer brow arched significantly above the rim (Figure 1, below right). The endoscopic brow lift is considered by many to be the gold standard when dealing with brow ptosis and a normal hairline.

Endoscopic brow lifting was developed nearly 15 years ago.1–13 It is now a much more comprehensive operation than simply raising brows. Used properly, it can address not only brow ptosis but also dynamic muscular problems and even improve symmetry. And it certainly has its most dramatic effect when it is used to specifically elevate and correct lateral hooding.

It is critical to fully understand each component of the bone, muscle, fascial, vessel, and nerve anatomy—as well as the specific endoscopic anatomy—to maximize results and minimize complications.

As a case in point, the frontozygomatic suture line is located where some surgeons may elect to stop the progress of dissection for a basic brow lift, particularly because immediately posteriorly and slightly inferiorly to this suture lies the sentinel vein (medial zygomaticotemporal vein). This vein runs perpendicularly to the temporal fascia and can be inadvertently torn with overzealous dissection and create objectionable bleeding and increased bruising.

Dissection inferior to the frontozygomatic suture line can be accomplished carefully in the subperiosteal plane and elevated into the cheek with a periosteal elevator. Yet, more lateral dissection must be performed sharply and endoscopically to avoid injury to the facial nerve or sentinel vein.

Some surgeons elect to ligate and transect the sentinel vein for further tissue release. However, dissection can be performed in this area with vigilant electrocautery to release the retaining ligaments and a portion of the lateral orbicularis oculi muscle while leaving the vein intact most of the time.

Awareness of skull-bone anatomy is essential, given that bone thickness varies and must be recognized when using intrabony fixation methods. Venous lakes along the diploë surface of the skull have a propensity to be more centralized near the sagittal suture. Fixation is not indicated centrally for a brow lift and may create more elevation here than desired.

Intrabony fixation can be used safely in the parasagittal region of skull bone. The most logical and safest site used for bone tunnels or screws during brow lifting is located along a parasagittal line near the midpupil or lateral limbus line and anterior to the coronal suture. The mean skull-bone thickness in this region is 7 mm, with a range of 4 to 11 mm. Staying anterior to the coronal suture and medial to the temporal crest helps avoid injury to the middle meningeal artery.

The paired muscles of the forehead and brow region are frequently thought of as elevators and depressors. The only true elevator is the frontalis muscle, which originates from the deep galeal plane (galea aponeurotica) that connects posteriorly to the occipitalis and anteriorly into the orbicularis oculi muscle.

Laterally, it fuses into the dense collection of fascia approximately 1 cm wide (the zone of adherence), which runs the length of the superior temporal line and ends inferiorly above the zygomaticofrontal suture at an attachment of fascia often known as the orbital ligament. Release here is necessary and caution mandatory to avoid overzealous stretching and injury to the facial nerve.

Two of the most familiar depressor muscles are the procerus and the corrugator supercilii in the glabella. The procerus is responsible for depression and frowning between the eyes that often creates a horizontal crease (“bunny line”) across the nose, and the corrugator supercilii muscles act obliquely across the glabella to form the classic vertical frown lines. These are the most often transected during a brow lift. The trend now is less ablation or even deep transection to avoid a depression or overelevation medially.

Although this maneuver may benefit a handful of patients with very low medial brow position, more often it will overelevate the medial brow in most patients and create a “surprised” look. Superficial to the depressor supercilii is the orbital portion of the orbicularis oculi that inserts into portions of the adjacent depressors. Deep to all the depressors is the galeal fat pad that lies directly below the transverse head of the corrugator and helps identify muscular landmarks when it is exposed clinically after transection through the periosteum along the arcus marginalis.

Sensory nerve supply from the deep (or lateral) division of the supraorbital nerve supplies the more lateral and posterior portion of the forehead and scalp, and the superficial (or medial) division pierces the frontalis early in its course and runs superficial to the muscle, supplying sensation to the lower and mid-forehead along the midpupil line. This is why many patients have numbness of their posterior scalps following a brow lift but have normal sensation of their foreheads.

The supraorbital foramen or notch can be found within 1 mm of a line drawn in a sagittal plane, tangential to the medial limbus.13 This position can be marked on the skin of the brow to give the surgeon a reference point that will help identify the exit point of this important structure (Figure 2).

Dual innervation may be a factor that can create major separation of the depressors and unwanted medial brow elevation after transection through these muscles. Each end retracts significantly away from the cut edge. Refinement of modern endoscopic brow techniques must take advantage of all the information available from the past.

The endoscopic forehead and brow lift procedure has come to be considered the state-of-the-art procedure for upper facial rejuvenation.15 It is predictable and versatile, and it has a low morbidity. The most significant benefits of the endoscopic technique are smaller, hidden scars and selective brow elevation without skin or hair removal.

The incision (port) design varies, but because fixation points are placed normally at these incision sites, I prefer five separate 2.5-cm incisions located for best visualization and ideal fixation placement: one in the midline along the sagittal plane, two in the parasagittal plane (for intrabony fixation), and two temporal incisions. The parasagittal incisions can be moved more medially for male patients to produce a more even brow elevation and to avoid the chance of feminization.

Next, the upper portion of the zone of fixation at the temporal crest is elevated by finger dissection going from a temporal to medial direction to prevent a false tunnel that may obscure your endoscopic view. Endoscopic guided dissection inferiorly will help prevent nerve injury.

The endoscope is inserted through the midline incision while a long needle tip cautery is placed through a parasagittal incision along with a pediatric Yankauer suction through the ipsilateral temporal incision to evacuate smoke and help elevate tissues. Dissection over the nasofrontal suture and orbital rims is performed endoscopically with a curved elevator, exposing the entire rolled edge of the orbital rim and the intact supraorbital nerves and vessels.

With a clear and bloodless dissection, cautious transection is performed through dynamic or thick corrugator supercilii and procerus muscles with low-voltage needle cautery. Thin patients with limited rhytides may require minimal or no release of the periosteum—much less the depressors medially—to prevent an unnatural appearance. As a rule, patients typically prefer a more natural appearance with some minor return of frown-line expression, rather than risking a bizarre facial expression or glabellar depression from atrophic fibrosis (Figure 3).

The entire orbital rim periosteum is transected along with the zone of fixation and orbital ligament using cautious needle tip cautery dissection (Figure 4). The dense tissue near the orbital ligament contains branches of the frontal nerve; perfect visualization is needed here. Staying snugly against the periosteum and the temporalis fascia helps prevent nerve damage and keeps the plane bloodless.

Slowly creating a distinct plane of dissection past the zygomaticofrontal suture line and avoiding excess retraction will help prevent unwanted bleeding from the sentinel vein previously described. Next, the cut periosteal edges are spread at least 1 cm apart with an elevator to aid release at the arcus marginalis. Adequate tissue release is critical for significant and long-term brow elevation, and additional transection of the lateral orbicularis oculi muscle along the lateral orbital rim further enhances long-term lateral elevation.

If an extended midface lift is planned and there is a desire to elevate tissue over the zygomatic arch itself, dissection must go below the superficial layer of deep temporal fascia above the arch along with intraoral tissue release. Abbreviated midface lifts performed simultaneously with endoscopic brow lifts may merely stay in the subperiosteal plane along the lateral orbital rim and are much less risky than a full-arch release. The beauty of the endoscopic brow lift is its adaptability and the ease with which simultaneous additional procedures can be combined.

Many fixation techniques have been described and, regardless of the specific technique, the key to long-term fixation is likely most dependent on adequate endoscopic tissue release. After freeing the indicated retaining ligaments, muscles, and fascia, specific lifting vectors are determined for the most pleasing aesthetic effect.

Classically, the lateral third of the female brow is elevated to the greatest extent, which can be as much as 1 cm above the orbital rim. The medial brow should be left near rim level to avoid a “surprised” or “bewildered” expression. In this procedure, no fixation should be performed medially.

The galeal within the parasagittal hairline incisions is fixed to a bone tunnel created 1 to 2 cm behind the hairline. Zero-polyglactin suture can be used and must firmly hold the lateral brow at its new position without pulling through the galeal, and should be tested for strength, adequate lift, and proper vector before securing it to the bone tunnel.

Very little relapse occurs with proper technique and averages only 1 to 2 mm during the first 1 or 2 weeks. (Relapse has remained unchanged despite the adoption of resorbable suture 5 years ago.) Fixation of the lateral tail of the brow and temporal regions is performed at each temporal incision using an isolated 0-polyglactin suture to plicate the temporoparietal fascia in a posterior and superior vector to the temporalis fascia.

Final closure of the hair-bearing scalp incisions is performed with staples alone with excellent scar formation. Drains are typically not required, and a light self-adherent head wrap is placed following closure.

In a survey of American Society of Plastic and Reconstructive Surgery members conducted in 1998 (6,951 brow lifts performed by 570 surgeons), 3,534 lifts used a coronal incision and 3,417—almost 50%—were performed endoscopically.22 Although both techniques enjoyed very low overall complication rates, the greatest difference was the higher chance for hair loss with the coronal technique.

Lack of endoscopic experience likely increases the rate of complications such as nerve weakness or inadequate im­provement. Even the best surgical technique can result in inadequate or even poor outcomes because of improper patient selection.

Society’s idea of beauty at any one moment in time will ultimately help guide the patient and surgeon to choose where the brow should be located versus merely raising it “higher.” Total rejuvenation is more complex and involves multiple modalities and often tissue replacement.

History will demonstrate what best restores youth to the upper face. Endoscopic brow lifting is simply an elegant surgical tool in the wide range of the surgeon’s armamentarium.

Angelo Cuzalina, MD, DDS, is in private practice in Tulsa, Okla, where he has practiced cosmetic surgery exclusively for the past 10 years and is the director of a cosmetic surgery fellowship program accredited by the American Academy of Cosmetic Surgery. He is on the board of trustees for AACS and serves as the chairman of an AACS fellowship program. He is certified by the American Board of Cosmetic Surgery and the American Board of Oral and Maxillo­facial Surgery. He can be reached at (918) 392-0880 or . 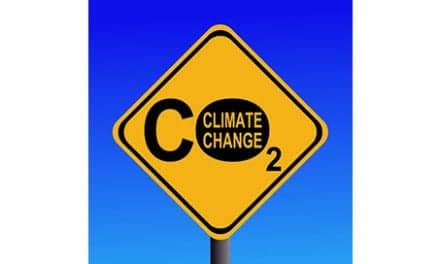 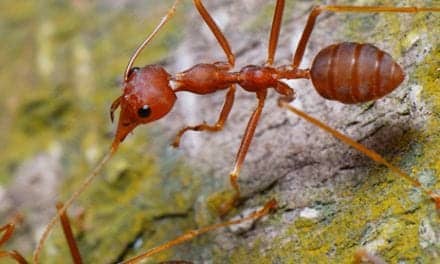 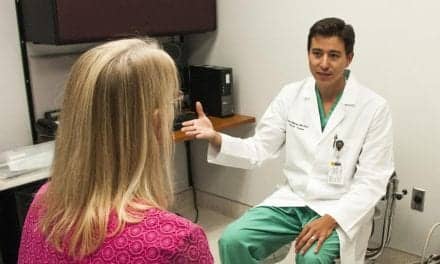