Suzan Obagi, MD, dermatology professor at the University of Pittsburgh, has developed a method to fix droopy, torn earlobes that may result from wearing heavy earrings or a sudden trauma. Her technique—the “purse-string” suture—restores earlobes to their natural shape faster than traditional techniques.

“There weren’t too many good options before,” says Obagi, who has used this suture on 40 patients. “Either you ended up making a bigger, complicated surgery for a relatively simple defect, or you have to take the partially torn earlobe and convert it to a full tear and then repair it.”

Plastic surgeons have traditionally tackled an abused earlobe with a linear closure by suturing the two flaps of a torn earlobe together in a straight line, a technique that does not specifically address elongation. The “purse-string” suture, often used for large or circular surgical wounds, winds around the margins of a wound and is cinched for a tighter recovery.

Robert Gotkin, MD, of Greenvale, NY, is skeptical about the technique.

“My big concern is that you’re bunching together tissue, and when it heals it can heal like a lump of scar, where everything is drawn together,” says Gotkin. “So it’s going to be more difficult to repierce in that location.”

However, Anthony Wong, MD, a dermatologist in Smithtown, NY, says that this technique works. He performs it on his patients following a traumatic event.

“Fights,” says Wong. “We get a lot of people from bar fights.” 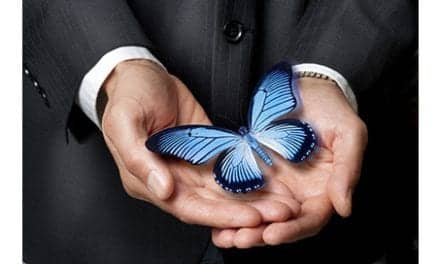