The Merz Injunction and Einstein’s Theory of Relativity

After his obituary was mistakenly published, Mark Twain sent a cable from London which read, “The reports of my death are greatly exaggerated.” A similar sentiment may be applied to Merz following last week’s injunction entered by a California Federal Court. The March 9th, 2012 injunction created a stiff penalty and obligations for Merz as a result of misappropriation of Allergan’s trade secrets. Part of the injunction prohibits Merz Aesthetics from selling Xeomin to the facial aesthetic community for 10 months. The federal injunction cast a dark shadow over Merz and its Xeomin product last week.

However, counsel for Allergan and Merz trundled back into U.S District Judge Andrew Guilford’s court earlier this week. During a hearing to clarify the terms of the court’s injunction, some hope was given that Xeomin may see the light of day much sooner than 10 months from now. Judge Guilford understandably is concerned that Allergan’s misappropriated trade secrets would be used to unfair advantage by Merz. However, should Merz be able to fully convince the court that all traces of Allergan’s trade secrets have been expunged and any inappropriate competitive advantage from those trade secrets has been removed, the court may green light Xeomin. A key Merz representative indicted to me his belief that “Xeomin should be on the market in a matter of months.” Whether this is irrational optimism or an accurate read on the situation remains to be seen.

Interestingly, Merz presented evidence pertaining to how the patient and physician could benefit from having the option to use Xeomin. It is my guess this evidence will play a factor in Judge Guilford’s reconsideration of the length of the injunction. At the end of the day, there are many more people directly interested in the court’s ruling than just Allergan and Merz. It is my understanding, that Allergan did not put on evidence related to the general patient population or physician population interest in this case. We should not be surprised by this. Allergan has been successful in leveraging a misappropriation of its trade secrets into a relative judicial monopoly over this area of facial aesthetics. It remains to be seen just how long Xeomin must remain in the penalty box. Don’t be surprised if it makes it to market well before the end of 2012.

Michael J. Sacopulos is a partner with Sacopulos, Johnson & Sacopulos in Terre Haute, Indiana. He also serves as Legal Analyst for Plastic Surgery Practice. His practice focuses on assisting healthcare professionals develop strategies and techniques to avoid medical liability claims. He may be reached at [email protected].

Zaffiro 2-in-1 Aesthetic Treatment Offers Practical Pocketbook Solutions for Practitioners in the U.S. and Beyond 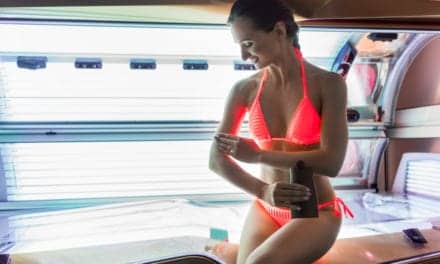