Sigrún Alba Jóhannesdóttir, BSc, of Aarhus University Hospital in Denmark, and colleagues analyzed medical records from northern Denmark from 1991 through 2009 and identified 1,974 diagnoses of squamous cell carcinoma, 13,316 diagnoses of basal cell carcinoma, and 3,242 diagnoses of malignant melanoma. They compared information, including NSAID prescription data, from these patients with that of 178,655 individuals without skin cancer.

Those individuals who filled more than two prescriptions for NSAIDs had a 15 percent decreased risk for developing squamous cell carcinoma, and a 13 percent decreased risk for developing malignant melanoma than those who filled two or fewer NSAID prescriptions, the study showed. The longer participants took the NSAIDS, the lower their risk for these skin cancers.

Exactly how, or even if, NSAIDS affect kin cancer risk is not fully understood, but these drugs target the cyclooxygenase-2 (Cox-2) enzyme, which is also expressed by certain cancers. “We hope that the potential cancer-protective effect of NSAIDs will inspire more research on skin cancer prevention,” says Jóhannesdóttir, in a press release. “Also, this potential cancer-protective effect should be taken into account when discussing benefits and harms of NSAID use.” 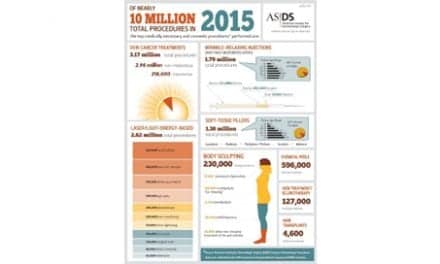 Skin Cancer Treatments Are Tops Again in 2015, Per ASDS Survey