What does global warming have to do with dermatology? An increased incidence of skin cancer, acne, and allergic and atopic diseases with cutaneous manifestations, which join a host of other anticipated health consequences.

These predictions and projections were made during a Feb. 7 International Dermatology symposium that included the presentation "Climate Change and Dermatology" by Wingfield Rehmus, MD, MPH, clinical assistant professor of pediatrics, and associate member, department of dermatology and skin sciences, University of British Columbia, British Columbia Children’s Hospital.

"For every 2-degree rise in global temperatures, scientists have projected that there will be a 10-fold increase in ultraviolet radiation," she says. "There is also the belief that because sebum is heat-sensitive and sebaceous glands become more active in warmer temperatures, we will have more acne with the warmer climate change."

An increase in allergic and atopic diseases is another expected outcome from global warming as the tree range expands, spring arrives earlier, and autumn lingers longer, resulting in spikes in the pollen count. An increased growth of poison ivy is also projected, as well as increases in water-borne illness, such as Cryptococcus and cholera.

"Blastomycoses and dermatophytoses are expected to rise with climate change," Rehmus says. "Blasto likes dry, hot summers and wet winters. That’s perfect for these spores to multiply, so you might have an increase in blasto."

Increases in vector-borne infectious disease outbreaks can occur with the expansion of vector range and prolongation of vector season, resulting in greater amplification of the infectious agent. The habitat suitability for the Lyme disease-causing Ixodes scapularis tick is expected to increase markedly by 2080.

Malaria requires water and temperatures greater than 16 degrees Celsius (60.8 degrees Fahrenheit), and the disease is already expanding to highlands of East Africa. Amplification of West Nile virus begins in spring with the onset of mosquitoes, a bridge vector infecting birds and humans. West Nile peaks in late summer and early fall.

"Global warming results in more vectors and greater time for amplification with earlier spring and later fall," Dr. Rehmus says. "A shrinking supply of fresh water will bring disease-carrying mosquitoes closer together with birds and other mammals. Malaria is already coming back to areas where it had previously been cleared."

To set the stage for these health consequences of global warming, she also provided the audience with the latest updates in data and predictions on climate change. 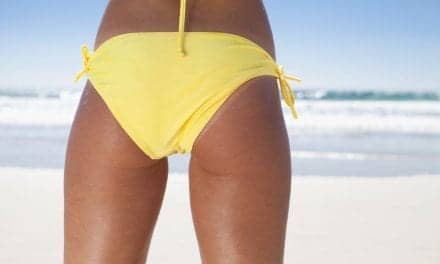 5 Things You Need to Know About Butt Pimples