Brett Coldiron, MD, FAAD, the AAD, and the fight to save dermatology 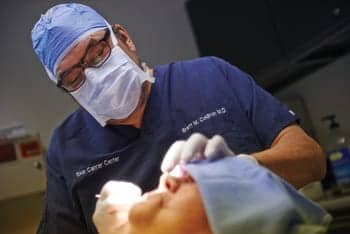 About 1 year ago in a packed meeting room in Denver, dermatologist Brett Coldiron, MD, FAAD, addressed the members of the American Academy of Dermatology (AAD) as their incoming president. His tone was urgent and his message was realistic, if not utterly sobering.

The specialty of dermatology was in jeopardy, and both physicians and patients were at risk, he warned. Threats included changes in health care reimbursement patterns, the ever-narrowing dermatology Medicare Advantage networks, the demise of the global period, and the proliferation of unskilled practitioners trying to cash in on cash-pay cosmetic skin procedures.

And now, a year later, as the Cincinnati dermatologist’s term as AAD president draws to a close, many of the threats have morphed into challenges. Advocacy efforts sired by the AAD and the American Academy of Dermatology Association (AADA) have helped to establish a game plan that may save the specialty, the specialists, and, most important, the patients.

“The whole field is in turmoil, and nobody knows what will happen next,” Coldiron tells Plastic Surgery Practice. “One of my chief objectives was to motivate the entire membership to action, and we have made some inroads toward the ultimate goal, which is to defend the right of patients to see their dermatologists, and make sure there is a space for us to practice in this confused new world.”

What’s more, many of the dermatologists who remain on roster are no longer taking new Medicare patients. Others are dead, retired, or have moved. Some are residents, and some focus exclusively on dermatopathology. “When the tide rolls out, insurance companies will be standing without swimsuits because they don’t have a network,” he says. “The doctors who care for our sickest patients are being eliminated, and then the network is too narrow for patients to find a new one,” he says.

They must wait and wait, and wait some more. “Do you know how much it costs to treat a melanoma once it has spread? Why not get in quick so it can be diagnosed and take it off before it has metastasized.” When it comes to skin cancers, Coldiron—a Mohs surgeon—knows of what he speaks. He is a past-president of the American College of Mohs Surgery, and he and his colleagues at the Skin Cancer Center in Cincinnati have cured more than 40,000 skin cancers.

“At the top of our advocacy agenda is to make sure that patients are allowed to see dermatologists. We are the specialists in skin care. When patients aren’t allowed to do that, they suffer.”

Part of the solution is clean rosters. “We want clean rosters so that everyone will discover that there are no doctors taking new patients,” he says. “We want the Centers for Medicare & Medicaid Services (CMS) to define the adequate number of doctors that should be in each network.” Federal, state, and local advocacy efforts are ongoing, and the onus is on dermatologists to make more noise.

Another key issue for the dermatology community is the threatened elimination of the global period. The CMS is attempting to kill the multi-day global surgical package, which bundles all related services provided within a specified time of major or minor medical procedures.

This means zero reimbursements for appointments related to the original procedure during the assigned time frame. “This will be big problem for patients who won’t understand that they have to pay to get their sutures removed after skin surgery, so they won’t come back,” he says. “This could lead to higher rates of infection after surgery or improper wound healing.”

The time is now to rally the troops. “We need to engage other like-minded specialists and specialties, including plastic and reconstructive surgeons,” says Mark Lebwohl, MD, FAAD, professor and chairman in dermatology at Mount Sinai Medical Center in New York City, and the incoming president of the AAD.

Patient advocacy organizations can also play an important role in affecting change. “We have nurtured good relations with the National Psoriasis Foundation and the National Eczema Association. A year ago, CMS proposed to cut the reimbursement for dermatology-related phototherapy ser- vices by 50% to 60%. Doctors wrote lots of letters, but when patients write letters they look at them differently, and we ended up with a 9% cut instead,” he says.

“Together, patients and physicians are a powerful voice. We have to make mean-ingful comments that impact regulations in favor of us and our patients,” he says. “We are hopeful that we can have our voice heard, go in together, and demon-strate that we are not isolated in this—we represent a lot of patients and a lot of doctors.”

As reimbursement rates are cut, many doctors may seek to add cosmetic procedures to their menu of services. In some cases, this is not an issue—say a medical dermatologist decides to offer injectables—but it can also mean podiatrists doing laser hair removal, dentists offering breast augmentation, and non-medical personnel doing all of the above.

There’s a lot to do to save this specialty and protect patient health:

Visit the Dermatology Advocacy Network (DAN) at www.aad-dan.com and send a direct message to federal or state representative or senator.

Meet your senators and representatives.

For these reasons, Coldiron is advocating for a national badge law. Under this type of truth in advertising of legislation, health care providers would be required to disclose their qualifications in advertising or on identification badges. In Arizona and California, laws require advertisements for medical services to include a health care provider’s title and licensure. In Louisiana,physicians who use the term “board certi- fied” can do so only after meeting very specific criteria.

Lebwohl agrees that such provisions are crucial for patient safety. Physician extenders can be beneficial to a practice when they are under the direct supervision of a physician, but the problem arises when they are left to treat patients on their own—and this does happen, he says.

While there have been some hurdles and hiccups during Coldiron’s term, there have also been significant wins. The AAD scored some major victories in the war against indoor tanning and skin cancer in recent years. The US Food and Drug Administration has reclassified tanning beds as a Class II medical device.

Prior to this, indoor tanning devices were categorized as Class I—the category for items that have minimal potential to cause harm to individuals, such as adhesive bandages and tongue depressors. What’s more, there is now a black box warning concerning the use of tanning beds by minors under 18. “We think tanning and tanning beds are the new tobacco,” Coldiron says. Fully 11 states have passed legislation that restricts access for indoor tanning for minors.

?“When the tide rolls out, insurance companies will be standing without swimsuits because they don’t have a network.”—Brett Coldiron, MD, FAAD

And US President Barack Obama signed the bipartisan Sunscreen Innovation Act into law in late 2014. This means that there will be a slew of new and elegant ultraviolet light blockers on the market in the new year—many of which have been available outside of the United States for quite some time. The last approval for widespread use of a sunscreen ingredient was in 1990, but there have been eight ingredients submitted to the FDA that are still awaiting the agency’s review since 2002. The new law will force the FDA to make timely decisions on each of the pending ingredients.

Both Lebwohl and Coldiron remain steadfast in their optimism.

“As long as we stay focused on what is best for our patients, we will persevere and we will come out through this maelstrom of change,” Coldiron adds. 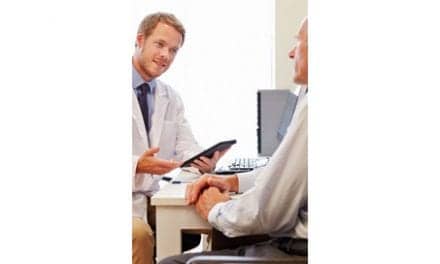