Improve the predictability and acceptability of this procedure with the right surgical plan, barbed sutures, and a postoperative pain-control pump

The endoscopic brow lift, a procedure that has been dogged by re­ports of relapses, can be im­proved through concentrating renewed attention on adequate dissection and fixation. I have reliably corrected brow ptosis in my own practice by precisely executing an appropriate surgical plan developed following an accurate physical examination. I have also found that two new technologies—barbed sutures for accurate brow elevation and a portable regional infusion pump for controlling postoperative periorbital pain—remarkably improve the predictability and acceptability of the endoscopic brow lift.

Several important milestones have marked the evolution of techniques to correct brow ptosis.1 As history has revealed, early attempts to surgically rejuvenate the upper third of the aging face generally failed because they were based on the ex­cision of an ellipse of skin from the forehead with little or no undermining of the forehead skin. The typical outcome was little or no elevation of the brow, along with hypertrophic scarring due to wound-closure tension.

In the 1970s, the requirements for elevating the brow—including aggressive periorbital dissection and resection of a lateral segment of the galea–aponeurotic layer2—became better understood. Brow lifting performed via a coronal or an anterior hairline approach varied, depending on whether the dissection plane was subgaleal, subcutaneous, or biplanar. The forehead flap was advanced posteriorly, and the excess skin was resected. This reliably lifted the ptotic brows, and, with resection of the corrugator muscles, improved the glabellar frown lines.

Although modest elevation can be obtained via a transblepharoplasty ap­proach,3 the majority of brow lifts performed today require a more aggressive dissection from the anterior hairline or from a farther posterior area.

Next came the understanding of sub-periosteal dissection as it applied to the forehead and the midface.4 This approach to brow elevation, which arose from the development of craniofacial techniques, provided movement at an immobile tissue plane—the periosteum—thereby carrying the entire flap attached to it. The periosteum was allowed to reattach at a higher level, resetting the brows’ position.

Using this subperiosteal approach, the application of an endoscope to visualize and dissect the periorbita was described in 1994.5 This technique provided access through small incisions, resulting in significantly decreased temporary—and, in some cases, permanent—loss of sensation in the scalp after surgery. It also virtually eliminated the hair loss that resulted from the tension on wound closure. The endoscopic brow lift was embraced by surgeons and patients alike. Initial enthusiasm was tempered, however, by reports of relapse that caused many surgeons to abandon the technique.

The failure of an endoscopic brow lift to reliably elevate ptotic brows is related to inadequate dissection, inadequate fixation, or both. However, I believe that this technique can become extremely reliable if the surgeon visualizes the area to be dissected in the same manner as he or she would when using an open technique. Using small portals of entry, it is easy to completely release the entire forehead to access the glabellar area for muscle modifications and to enter the midface from the temporal area. Soft-tissue fillers can be added to the glabellar area via the endoscope for volume enhancement when indicated.

I have also found that reliable fixation is much easier to achieve using the newly available technology of barbed sutures that is discussed later in this article.

Based on the clinical examination, my usual surgical plan follows these steps:

1) General anesthesia is typically used and supplemented with local infiltration of 1% lidocaine with 1 part per 100,000 epinephrine injected along the supraorbital rims, the glabella, and the access incisions. A superwet infusate (0.1% lidocaine with 1:500,000 epinephrine and 10 mg triamcinolone in 500 mL of lactated Ringer’s solution) is injected along the entire area planned for dissection.

3) Dissection is performed blindly at the subperiosteal level that ends 2–3 cm above the orbital rims and communicates only superiorly with the temporal subfascial dissection. This procedure avoids possible damage to the frontal branch of the facial nerve.

4) The temporal dissection is performed under direct vision and ends at the superior–lateral orbital rims.

5) The orbital ligament is divided under direct vision, and the periosteum is incised and spread from lateral to medial. The supraorbital and supratrochlear nerves must be observed and protected.

6) The corrugator muscles are divided, the distal ends are resected, and the remaining distal fibers are lightly cauterized to prevent the recurrence of glabellar frown lines.

7) The procerus muscle is divided to im­­prove the transverse rhytid at the glabella.

8) Autologous filler material (fat or fascia) is placed at the root of the corrugator muscles to prevent the muscles from reattaching to the brow and to add contour when needed.

Patients typically experience postoperative pain above the supraorbital rims that is related to dissection of the periorbita. To control this pain, I use a portable regional infusion pump (Figure 1) to deliver a continuous regimen of non-narcotic anesthetic medication through a fenestrated catheter (Figure 2) directly to the periorbital area. The pattern of holes in the fenestrated catheter enables the periorbital area to be saturated with the anesthetic medication.

The pump I prefer is disposable and latex-free, and it provides patient-controlled bolus dosing. A dose button on the pump enables patients to self-deliver a bolus of medication when bursts of breakthrough pain occur during the recovery period. Because the pump is generally required for the first 2 days postsurgery, it should be easy to wear and use. Patients can remove the pump as directed or have it removed by the clinical staff.

I have found that placing the fenestrated medication-delivery catheter under the flap across the periorbital area virtually eliminates postoperative pain and discomfort by providing a continuous infusion of 0.25% bupivacaine for 48 hours after surgery (Figure 3). The catheter is introduced through the temporal access incision, placed along the orbital rims with the guidance of a periosteal elevator or an endoscopic grasper, and held in place with an adhesive dressing laid over the temporal incision where staples are used for wound closure (Figure 4). After placement, the catheter is connected to the pump’s tubing set. This technique is also easy to use when performing an open-coronal, anterior-hairline, or biplanar brow lift.

Barbed sutures are a recent innovation, and they are being used in a variety of facial techniques, including brow lifts. A series of machine cuts is made to allow the suture to catch at several levels of the soft tissue, providing multiple points of fixation (Figure 5, page 24).

In the past, fixation has typically been made behind the hairline, far from the brow area. The barbed sutures, however, can be advanced through the endoscopic incisions down to the level of the brows so that the brow tissue itself can be caught and manipulated. There is still much to learn about using this new tool; but in my practice, it has proved extremely helpful for achieving accurate brow elevation.

The barbed sutures are placed from the access incisions behind the hairline and anchored to a cortical tunnel, allowing a one-to-one correction of brow ptosis. The sutures can be adjusted for optimal brow shaping.

Symmetry is checked, and asymmetric brows are differentially elevated. This method of technical modification can be likened to the manipulation of puppet strings to advance the brow superiorly. The distal ends are then cut while the skin is retracted so that the cut end will be buried beneath the flap.

Following these maneuvers, the lateral brow is elevated using absorbable sutures to advance the superficial layer of the temporal fascia to the deep layer. All incisions are closed with skin clips.

A snug circumferential head dressing is then applied. The dressing is changed at 24 hours and is left in place for another 24–48 hours. At that time, the pain-control pump catheter is re­moved, the patient is allowed to shower and shampoo, and no further dressings are required.

Barbed sutures to assist accurate brow elevation and a postoperative pain-control pump that delivers local anesthetic to the periorbital area are important adjuncts for predictable, acceptable results in the endoscopic brow lift. PSP

Malcolm D. Paul, MD, FACS, is in private practice in Newport Beach, Calif, and is a clinical professor of surgery at the Aesthetic and Plastic Surgery Institute of the University of California, Irvine. He can be reached at [email protected] hotmail.com. 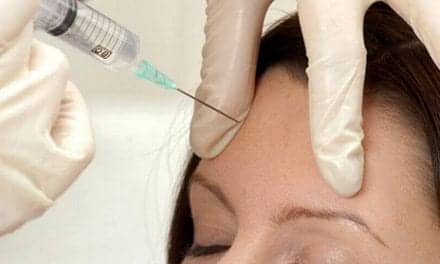 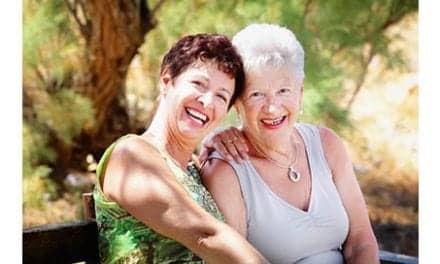 What Are the Reasons for Hair Turning Grey? 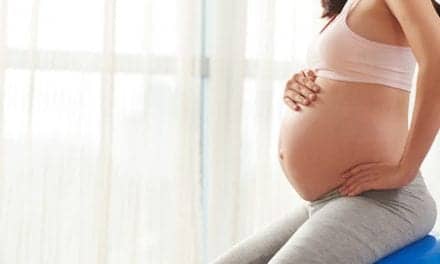