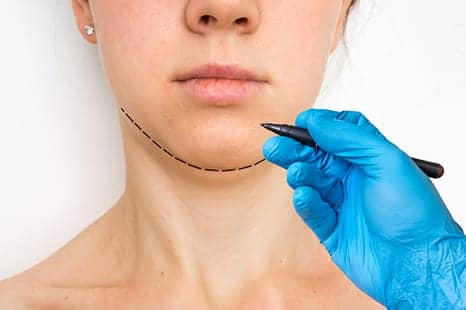 Botox was found effective at improving chin aesthetics by altering the position of the pogonion, according to an 11-patient study in JAMA Facial Plastic Surgery.

“Some patients with an underprojected bony chin also have a hyperactive mentalis muscle with visible tension seen at rest,” says lead author Amy Hsu, M.D., a facial plastic and reconstructive surgeon in private practice in Beverly Hills, Calif. “In these patients, chin augmentation with filler or implants does not adequately address their chin aesthetics because the muscle is still contracting over the augmented area, creating an undesirable contour.”

A single session of Botox injection (12 to 15 units) into the mentalis muscle increased the projection of the chin in five patients and decreased the chin projection in the remaining six patients, based on photographic analysis. The vertical position of the chin was also lower in 10 out of 11 patients.

“Interestingly, though, the increase or decrease in projection did not seem related to satisfaction with treatment,” Dr. Hsu tells The Aesthetic Channel. “Patients who previously thought they had inadequate chin projection were actually satisfied by the improved contour, even though the projection was not necessarily increased.”

“In our study, patients also had a hyperactive high-riding mentalis muscle, which caused the muscle to sit higher on the chin,” says Dr. Hsu, who at the time of the study was a plastic surgeon at the Lasky Clinic in Beverly Hills. “The higher position and tensely contracted muscle is particularly noticeable on profile view. Botox injection relaxes the mentalis muscle, which smoothes the dimpled and tense appearance on frontal view, in addition to softening the contour and lowering the position of the chin on profile view.”

Dr. Hsu says that in carefully chosen patients, Botox to the mentalis muscle “may improve chin aesthetics such that patients may not seek surgical chin augmentation.”

And in patients who have already undergone chin augmentation, “Botox may further enhance their chin aesthetic,” Dr. Hsu observes. 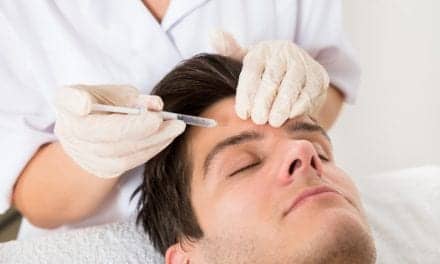 Cosmetic Surgery on Decline, But Non-Surgical Treatments Growing in Popularity