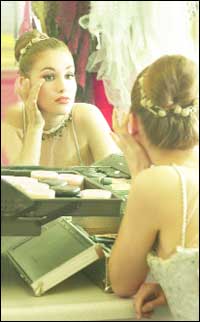 If Goldilocks were a facelift patient, she might think that an open-face lift would be too extreme, whereas a barbed-suture lift might give disappointing results despite its alluring simplicity. Is there a middle ground between these two procedures?

We think so, based on a user-preference survey that evaluated the performance of a new bioabsorbable fixation device called the Endotine Ribbon™. This device streamlines open cheek and jowl procedures and improves results.

For the neck, the news is even better: Surgeons are achieving a superior level of definition, as exemplified by the Audrey Hepburn look of 40 to 50 years ago.

A Brief History of Facial Lifts

From the 1960s to the 1990s, the first wave of surgical face- and neck lifts involved large incisions and large dissections. The onset of endoscopic plastic surgery in the early 1990s drove a second wave of minimally invasive techniques designed to satisfy patient demand for gentler, kinder treatment. Hundreds of individualized procedures were described in the medical literature.

In a recent third wave, aesthetic surgeons set their blades aside to try to meet a phenomenal demand for incisionless lifts. The third wave quickly crested—and then crashed. Barbed-suture techniques did the job, but only temporarily, stretching and tightening the skin without addressing the underlying structures. That led to disappointment as well as complications—sutures that protruded through skin, unusual dimpling, and a high infection rate.

Into the gap stepped Coapt Systems Inc. Founded by plastic surgeon Daniel Jacobs, MD, in 2000, the Palo Alto, Calif-based firm has a history of replacing weak links in the fixation tool kit with innovative solutions.

This time, the goal was to develop a versatile neck or jowl device that was

Success would be measured by surgeon satisfaction.

After several rounds of design and testing, the company submitted the ribbon to the FDA for approval; it was cleared in January 2006. The biodegradable product (82% L-lactide and 18% glycolide) is 16 mm long, 5 mm wide, and 0.25 mm thick—the thickness of two or three sheets of paper (Figure 1). The length can be trimmed to suit the patient’s anatomy.

Along the length are holes that serve as a platform for tissue regrowth and rows of paired tines 2.5 mm high. The tines engage, fixate, and elevate the platysma in the neck, producing greater definition of the cervicomental angle, or the SMAS in the cheek, minimizing the jowl. Results are superior to those obtained with a standard facelift.

Internal studies indicate that the ribbon sustains more than 95% of its mass strength at 3 weeks, drops to 74% at 6 weeks, and gradually declines to nil at 12 weeks. Tissue ingrowth through the holes in the ribbon provides additional strength not accounted for by these numbers.

Researchers estimate that biological healing—the time it takes tissue to reattach in a new position—takes 6 to 8 weeks. Thus, the ribbon provides a fixation safety margin of at least 4 weeks. The body will fully absorb all molecular traces in approximately 12 months.

Under local anesthesia, the surgical process is remarkably similar for the neck or jowl with the primary difference being the starting point (Figures 2 and 3). For a neck lift, 3-cm-long incisions start at the perilobular or postauricular area slightly below the mandibular border. For the jowl, incisions of the same length start at the superior auricular area of the temple.

The surgical plane is then dissected (platysma in the neck, SMAS in the cheek), and the ribbon is deployed tines down from its protective cover. Finally, the surgeon affixes the tines to the underlying tissue with finger pressure, lifts the tissue to the desired position by pulling the ribbon by the leash with moderate tension, secures the device with a suture, and then closes the incision.

But the ribbon can also be used as an adjunct to open procedures, in which it gains and secures additional elevation of the fascia or platysma. Placement occurs after skin flaps are dissected and hemostasis is obtained. Traction should be applied prior to skin resection because the device recruits and mobilizes skin upward and backward. This reduces tension on the closure, resulting in a narrower scar.

The distal end may be secured with sutures to ensure full engagement of the tines. See Figures 4 and 5 for representative before-and-after photos.

Coapt Systems sponsored an eight-center study to determine end-user satisfaction with the ribbon for soft-tissue fixation in facelift procedures that used both minimally invasive and conventional approaches. The protocol required licensed surgeons to implant the device in the neck, jowl, upper face, or midface, or any combination thereof. Immediately following the procedure, surgeons were asked to rate their experience and satisfaction with the device.

Subsequent follow-up visits were performed at 30, 60, and 90 days postprocedure. During these visits, physicians recorded ongoing performance by rating visibility, palpability, and elevation of tissue. They also asked patients to rate skin sensitivity and satisfaction with their appearance.

Enrollment for the study began in June 2006 and concluded in January 2007. A total of 41 patients were enrolled and treated. Surgeons indicated that they placed 30% of the devices in the jowl, 25% in the upper face, 23% in the neck, and 22% in the midface. In the postoperative survey, surgeons evaluated several features:

The patient population for the ribbon is often younger (ages 30 to 50) than the typical facelift population (ages 40 to 60). People who complain of “starting to look old,” with early jowling and slight neck laxity, are ideal candidates.

These patients are too young for a full face- and neck lift but benefit from the moderate, well-defined improvements delivered via the ribbon lift. Many surgeons are combining the ribbon lift with neck liposuction and platysma plication.

The device should also be part of the surgeon’s armamentarium in open face and neck procedures. Even when platysmal plication, liposuction, and skin resection are performed, the ribbon can give that final sharp improvement in the cervicomental angle that is almost impossible to achieve otherwise.

Patients who have had a satisfactory full open face- and neck lift in the past and return to asking for “just a little tightening” may be improved through this minimally invasive approach under local anesthesia, rather than a complete revision of their previous procedure.

Typical contraindications are patients with very thin skin or very thin faces, and those who lack tissue elasticity. People who are allergic to poly(l-lactic acid) are also contraindicated.

Patients should follow the same postoperative care recommendations given for a standard neck lift with platysmaplasty and lipoplasty. Specifically, the patient should be fitted with a strong neck-support garment and instructed to wear it around the clock for the first week. This will hide the bruising and swelling that accompanies such procedures.

For the second and third weeks after the procedure, the patient should wear the neck garment at night and avoid rigorous physical activity and extreme neck rotation. Elevation of the head, neck, and shoulders while sleeping will reduce swelling.

Some ribbons have broken during insertion due to use of undue force or improper tools. This will not happen if the surgeon

The ribbon can also break due to noncompliance with postoperative care instructions. This generally occurs in the first few weeks. The surgeon can remove the device through the previous incision and replace it with another.

Longevity is directly proportional to the amount of dissection. The larger the surgical plane of dissection, the longer the results will persist. If the plane of dissection is at least 4 cm and skin is excised, then long-lasting results should follow, depending on the patient’s age, heredity, lifestyle, and postoperative compliance.

The ribbon lift is a true surgical procedure that stands alone between the popular but disappointing skin-tightening procedures performed with barbed sutures, on one hand, and open surgery on the other. Compared to suture-only techniques, the ribbon lift shortens, tightens, and elevates underlying support structures. It is stable and reliable. Results have significantly greater longevity.

The benefits compared to open surgery are very tiny incisions, a dramatically shorter procedure performed under local anesthesia, and less downtime. Regardless of whether the procedure is minimally invasive or open, the ribbon “can make a good neck into a great neck.”

Gregory D. Albert, MD, is a board-certified plastic surgeon with a private practice in Delray Beach, Fla. He specializes in minimally invasive procedures of the face. He can be reached at .

David B. Apfelberg, MD, is a well-known laser surgeon and clinical professor of plastic surgery at the Stanford University Medical Center in Palo Alto, Calif. He is the author of five books, more than 130 journal articles, and 38 book chapters. He can be reached at . 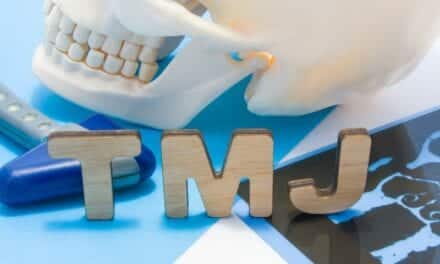 Botox Can Help TMJ—Should You Get It? 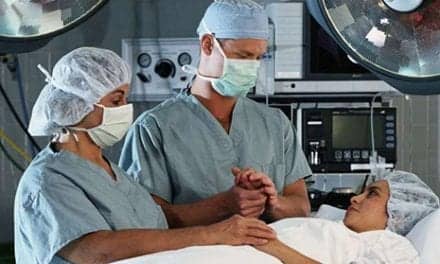 Infection is Most Common Complication of Facial Implants 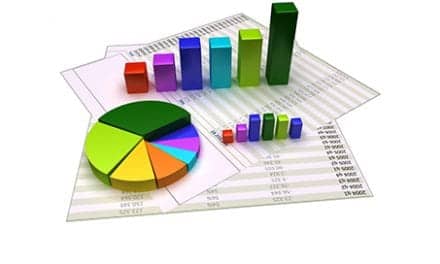