One of the positive aspects of hair transplantation is that the transplanted hair grows permanently. This, however, can be a double-edged sword because of negative public perception of the procedure that results from the appearance of patients who underwent transplantation more than 15 years ago.

This negative perception also applies to more recent procedures performed with poor aesthetic planning, and to the development of new balding areas around the transplanted hair, which may well occur with the progression of male-pattern baldness. Individuals with these problems have surgical options for improvement, because corrective strategies and techniques are important components of the armamentarium of today’s hair-restoration surgeon.

It is important for the surgeon to set realistic expectations. Significant improvement can be achieved, but the results of correction are unlikely to be as natural in appearance as those seen when newer technology is used for the initial procedure. In addition, in some situations, two to four procedures may be required, and the patient should be told what each session’s results will be.

Another factor to be considered is that, in many cases, a significant amount of the donor hair supply has already been used. Patients will need to rank their priorities because a limited supply will not allow all problem areas to be corrected.

The hairline is the single most important aesthetic unit of the hair-bearing scalp. When two people meet face to face, they usually gaze first at the eyes and then at the hairline of the other person. If the hairline appears natural, no further attention is devoted to it. If not, the eyes will repeatedly stray upward to study the hairline’s odd appearance.

This is a common complaint among patients with unaesthetic hair-transplantation results. It is no surprise, therefore, that most repair techniques are targeted toward improvement of the hairline.

Hairlines that have been created with large, round grafts present two aesthetic problems. First, the spaces between the grafts cause a tufted appearance; second, there is often an abrupt beginning of the hairline, with no feathered transition zone. In some cases, the hairline has been placed too low, further contributing to an unnatural appearance.

Patients who have traditional, large grafts at the hairline will often request that the spaces between these grafts be completely filled. This is the result of a flawed perception of what will achieve a natural look. In fact, strictly filling these gaps will create a more abrupt wall of hair that is quite unnatural at the leading edge of the hairline zone. The natural hairline is not a line at all, and it is characterized by a feathered transition zone between the bald forehead and the hair-bearing scalp.

In addition, the mature hairline generally exhibits some recession. The surgical objective, therefore, is to camouflage the old grafts with an irregular zone of follicular-unit grafts and, at the same time, to maintain an appropriate (receding) location for the corrected hairline.

If the hairline created with traditional large grafts (plugs) is not too low to allow a minimum of 1.5 cm of corrective transplants anterior to it,1 follicular-unit transplantation in front of the traditional grafts can achieve very good results in most cases. The follicular units should be placed in a feathered, irregular fashion at the front edge of the hairline zone, with single-hair units in front, three- to four-hair units in back (closer to the large grafts), and two-hair units in between.2

Because of the marked contrast between skin color and hair color, patients with dark hair and light skin may require two sessions of follicular-unit transplantation anterior to the large grafts to camouflage the old hairline successfully. If the traditional grafts are sparse or the hair is of fine texture, this technique may be sufficient for significant improvement.2 When large grafts exhibit dense growth, however, adding follicular units in front of them is generally insufficient; partial or total removal of the large grafts, with retransplantation of the removed hairs, is indicated.1

This process entails the removal of a portion of the more prominent large grafts in the first one to two rows of the hairline using a small punch. Conventional hand or motorized punches of 1.5 to 2 mm in diameter are used during the same session in which the new hairline is being created anterior to the large grafts. After partial removal, the remaining grafts have fewer hairs and are less tuftlike, making them more amenable to camouflage.

The holes that result from using punches of 2 mm or less do not require suturing and will heal well by secondary intention, although some surgeons prefer to perform primary closure of these sites. The tissue that has been removed is dissected under the microscope into follicular units and retransplanted into the desired areas.

When punches are used for total removal, the smallest punch that will accommodate the graft is used, with the largest size being 3 to 3.5 mm. These punch-removal sites are sutured, and the removed tissue is dissected into follicular units and retransplanted.

It should be noted that tension vectors will generally not allow removal of all of the large grafts in one session unless they are located at a considerable distance from one another. Serial sessions are undertaken, with removal of alternate plugs in each row and a 6-week interval allowed between sessions.

Punch removals will not capture all of the hairs in a large graft; generally, one to four hairs will remain, which is acceptable for subsequent camouflage with follicular units.2 When large grafts are fairly contiguous, total removal can be achieved in one procedure by excising a linear strip or ellipse and performing primary closure of the defect. This strip or ellipse is then dissected into follicular units and retransplanted.

Another option is laser hair removal. Anecdotally, laser treatment seems to work well, although there are no good data on the permanence of laser hair removal of transplanted hairs. Disadvantages are that the laser-treated hair follicles are destroyed, precluding retransplantation, and that some individuals with dark skin tones may not be good candidates for laser treatment.

A second treatment alternative for the low, plug hairline is a brow lift, which will raise the unnatural hairline to a higher position. This will allow follicular-unit transplantation to proceed without creating an excessively low hairline.

If the area immediately posterior to the hairline does not contain previous grafts, this area is transplanted with follicular units obtained from a donor strip, the partially or totally excised hairline plugs, or both. If large grafts are present in this zone, they can be left as they are or can be partially or totally excised using punches, depending on the patient’s hairstyle and whether his lifestyle calls for undetectable grafts. If the grafts are left in place, the spaces between them can be filled with follicular units or minigrafts, if desired.

The crown area is the least important, in an aesthetic sense, because it is not involved in facial framing and because crown baldness is a natural pattern in certain age groups. Most patients who present for repair do not have a sufficient donor supply to treat the crown. If the crown was not previously treated, transplantation in this area is rarely performed because of donor limitations and concerns over baldness progression.

Many patients present with a central island of large grafts surrounded by progressive baldness. These isolated grafts can be excised using punch excision and primary closure, and those hairs can be retransplanted as follicular units in the frontal area. If punch excision results in visible scarring, dermabrasion or laser resurfacing can be performed.

Some patients whose transplants were minigrafts placed into slit recipient sites exhibit compression and pitting because the grafts contained too many hairs and were placed too deeply in the recipient site. The resulting appearance is that of hairs clumped together at the skin surface, much like a bouquet of flowers protruding from a vase. In addition, the hairs emanate from a dimple or pit in the skin. Total removal of the most unaesthetic grafts (using the smallest punch possible) with retransplantation of the hairs is recommended. Transplanting follicular units around these grafts can also achieve some blending of their appearance.

Repair patients may present with round punch scars, stacked or wide linear scars, or a combination of these in the donor zone. An effort should be made to incorporate some scar tissue in newly excised donor strips whenever possible. Although this may minimize the number of follicles obtained in each session, it will result in the improved appearance of the donor zone and will facilitate transplant harvesting in future sessions.

Proper repair strategies can significantly improve the appearance of traditional, unaesthetic transplant results, which are often exacerbated by the progression of baldness. Educational efforts on corrective techniques should target physicians and patients, as well as the media. Such efforts should improve public perception of hair transplantation to reflect the excellent, natural results that can be achieved using current techniques.

Bernard P. Nusbaum, MD, is medical director, Hair Transplant Institute of Miami, Coral Gables, Fla, and a voluntary faculty member at the University of Miami Miller School of Medicine. He can be reached at or via his Web site, www.miamihair.com. 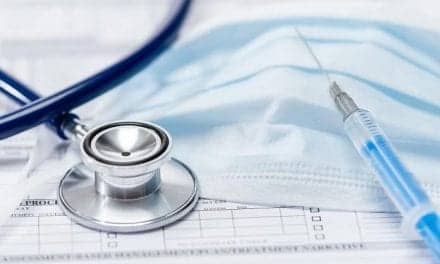 Are Anticoagulant Medications Safe to Take with Botulinum Toxin?