Allergan Inc (Irvine, Calif) has announced that the FDA has approved Botox  (onabotulinumtoxinA) for the treatment of increased muscle stiffness in the elbow, wrist, and fingers in adults with upper limb spasticity.

Many target patients suffer from spasticity in the upper limbs following a stroke, but it can also occur following a spinal cord or traumatic brain injury or in patients affected by multiple sclerosis or adults with a history of cerebral palsy.

In patients diagnosed with upper limb spasticity, Botox is injected directly into the affected muscles, blocking overactive nerve impulses that trigger these disabling contractions to reduce the severity of increased muscle tone in the elbow, wrist, and fingers. In clinical studies, the efficacy of Botox persisted up to 3 months on average.

Allergan conducted multiple studies evaluating the use of Botox for this condition, including three double-blind, placebo-controlled studies, two of which were published in The New England Journal of Medicine and Archives of Physical and Medical Rehabilitation.

The first double-blind, placebo-controlled trial compared the safety and efficacy of Botox treatment (200 to 240 units) with placebo over a 12-week period in 126 patients who had suffered a stroke at least 6 months prior and experienced increased wrist and finger flexor tone (scores of at least 3 for wrist flexor tone and at least 2 for finger flexor tone based on the Ashworth Scale). The Ashworth Scale is a globally accepted measure of muscle tone, which rates passive movement from 1 (normal muscle tone) to 4 (extreme increase in muscle tone).

The study found that Botox produced a statistically significant reduction in both wrist flexor and finger flexor muscle tone seen at the week six primary endpoint (P < .05 versus placebo). Further, evaluation by the Physician’s Global Assessment score, an investigator’s measure of a patient’s response to treatment, correlated with the Ashworth scores, showing a statistically significant difference favoring Botox versus placebo at the primary endpoint (week 4).

Similar results were observed in a clinical study that compared the same dosing regimens of Botox (360, 180, and 90 units, respectively) with placebo over 12 weeks in 88 patients at least 6 weeks post-stroke with increased elbow tone and wrist and/or finger tone (scores of at least 2 for elbow flexor tone and at least 3 for wrist and/or finger flexor tone based on the Ashworth Scale)(11). This study showed Botox decreased muscle tone and achieved statistically significant decreases in wrist flexor tone, finger flexor tone, and elbow flexor tone in the 360-unit group at week 4.

In the double-blind, placebo-controlled studies, the most common adverse events occurred in less than 7% of patients and included pain in extremity, fatigue, muscle weakness, nausea, and bronchitis. 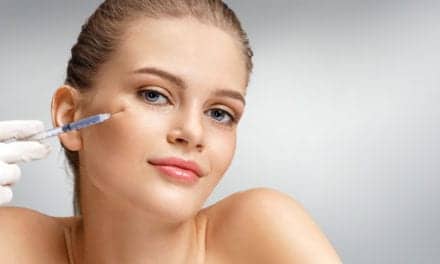