The lineup of Allergan products reads like a Hollywood starlet’s wish list: Botox, breast implants, Latisse. Last week, the company reported 14% higher quarterly sales, aided by a 16% surge in Botox sales. The company also boosted its full-year sales forecast despite the market’s reacting violently to a possible recession and sovereign debt issues. Is Botox really recession-resistant? Can the company manage yet another possible recession?

Looking at the recent recession, Allergan doesn’t seem entirely resistant. The top line started to suffer in the fourth quarter of 2008. The stock took more than a 40% hit at the time, along with the markets, but began to recover ahead of them. Sales began to recover only in the second half of 2009.

During that period, Botox sales also declined. The company even offered $50 coupons. Still, in constant currencies, sales always grew, albeit much more slowly. In the worst quarter, they were just about flat. Again, in constant currencies. When sales began to recover, management declared Botox recession-resilient.

Data released by the American Society of Plastic Surgeons seem to confirm what the company has been saying. There were 8% more Botox procedures in 2008 compared to 2007; 4% less procedures in 2009; and 12% more in 2010. Botox injections did much better during those years than most other plastic procedures — invasive and minimally invasive.

How is Botox faring these days? Well, CEO David Pyott said in the recent earnings call that he sees the U.S. aesthetic Botox market growing around the midteens. In Europe, Botox sales, despite economic challenges, are expected to continue growing in the low double digits, Pyott said. He believes Botox’s customers are in the higher income brackets and are better able to absorb higher food, gas, and clothing prices. In Latin America and Asia-Pacific, conditions "remain buoyant," he said. 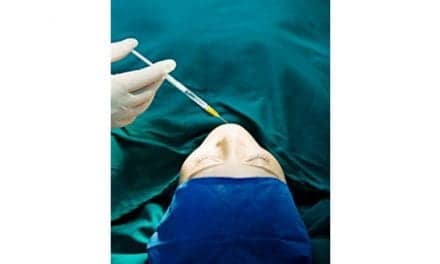