The economic crisis is forcing many consumers to re-evaluate their aesthetic surgery plans, according to results of consumer and plastic surgeon polls.

"It appears more consumers are choosing the less invasive cosmetic procedures, both to give them a boost or to buy time if they need to postpone a more costly invasive surgical procedure because of the economic downturn," says Richard D’Amico, MD, ASPS president. "We have taken the economic pulse of potential patients and ASPS Member Surgeons, and the results are in."

In March, and again in October, ASPS conducted identical economic surveys with women considering aesthetic plastic surgery within the next 2 years. The results found:

• 59% of respondents said the economy has had an impact on their plans for aesthetic plastic surgery; Up 9% from 6 months ago;

• Regions most affected are the Northeast and Southeast; and the region least affected is the Midwest. 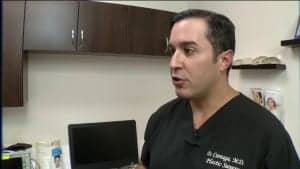