The MSM Strikes (Out) Again

When it comes to news related to the aesthetic medicine field, the mainstream media (MSM) frequently gets it all wrong. This is a strange phenomenon I will dissect and explain on some other day. It's fun, though, in a sad sort of way when someone in the MSM admits errors in perception. And it is enlightening when the national press — Newsweek, no less, which is near the top of the MSM food chain — admits something might be amiss with the perceptions and conclusions made by its pundits and trend-watchers.

In this case, Newsweek recently published a somewhat braindead "filler" piece (something written during a slow news day) that reviews the state of the US health care system in the shadow of the current recession. Its author, Daniel Gross, who is coveted by the media in print and on TV, also takes a few swipes at the aesthetic industry, in Is the Health Care Industry Sick? (Hat tip to Shannon Leade):

…[B]ig chunks of the health care economy have become discretionary: Nobody really needs Botox, LASIK surgery, or many of the other aesthetic procedures that have helped keep doctors busy.

In this age of consumer-driven health care, will Americans react like retail consumers—switching aggressively to generic drugs and shopping around for cheaper docs? Or will they act like car buyers—reducing their purchases of health care, avoiding doctors, and letting prescriptions go unfilled? Since health care is an enormously complicated field in which costs and spending are influenced by technology, government policy, and a host of other factors, it's difficult to isolate the effect of the recession on it. But there is evidence to support the contention of Les Funtleyder, an analyst at Miller, Tabak, and author of the new book Health Care Investing, that "the economy has become more of a player in health care than in recessions past."

Throughout this article, Gross feeds the MSM's agenda of subtely pushing a nationalized health care system under 100% government control. Incidentally, Funtleyder as a pundit is highly prized by those who champion the upcoming massive push for nationalized health care. Now to some backhanded praise for the aesthetic medicine industry:

My colleague William Saletan suggested presciently in April that the cosmetic surgery industry would be hit hard by this slowdown. Allergan is a large company that specializes in "discovering, developing and commercializing innovative pharmaceuticals, biologics and medical devices that enable people to live life to its greatest potential—to see more clearly, move more freely, express themselves more fully." You know, things like Botox injections and boob jobs. Well, sales of Botox, whose injections make people's faces look as if they are perpetually surprised, have surprised analysts. Last January, Allergan projected that Botox revenues would rise about 14 percent to about $1.4 billion in 2008. Allergan's third-quarter report wrinkled a few brows when it revealed that Botox sales would rise only 4 percent or 5 percent. Meanwhile, sales of "breast aesthetics" products have been, well, flat. Allergan had been expecting those sales to rise from $298.4 million in 2007 to between $330 million and $350 million in 2008. Now it expects the 2008 total will be between $300 million and $310 million.

Funny how Gross twists Allergan's good news into a put-down. It should be noted that Saletan has ridiculed cosmetic surgery before — and is also highly prized by the MSM. May the cosmetic surgery industry, led by the sustained popularity of Botox and like products, constantly frustrate the Grosses and Saletans of the world, who deem the industry to be frivolous, unnecessary, and excessive.

No matter how bad the economy may get, people continue to shell out money for 2 things: entertainment and ways to be beautiful. This reality has been lost on Gross, who capitulates early in his article by implying that too much discretionary health care could be a bad thing for us. The mentality behind this thought process looks for ways to control people and limit their choices. Failing that, they can promote the idea that a desire for elective plastic surgery is a sign of a decadent society, a social stigma, or, even better for the prognosticators of health-care "conformity," a personal problem (or mild psychosis). For those who want plastic surgery may need therapy at a government-sponsored clinic.

However, the aesthetic medicine field will not fall under the control of the national medicine juggernaut that the MSM is pushing. Elective surgery will not be controlled by Big Brother. In response to that, expect the media, its pro-government Talking Heads, and those pundits who mock "out of control" vanity of the masses — that is, citizens who seek out plastic surgery — to continue to regurgitate a steady stream of propaganda. 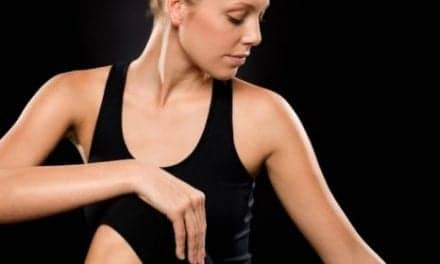 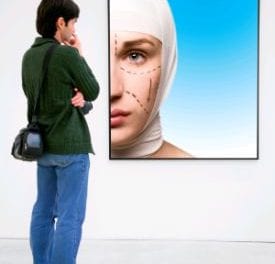