Now that we are three issues into my tenure as editor of Plastic Surgery Practice (well, actually, more like 2.5, since my predecessor, Jeffrey Frentzen, produced at least half of the February 2012 issue), I felt it was time to come up for air and introduce myself properly, and let you know how I see this magazine and what I would like to do with it in the future.

But you know what they say about best-laid plans …There has been some big news in plastic surgery this month that I felt deserved some ink. (This means you are going to have to wait a bit longer to find out more about me!)

For starters, the FDA has approved the Sientra® portfolio of Silimed®-brand silicone gel breast implants. This approval ostensibly breaks the duopoly held by Allergan and Mentor. It also shows us that, after much scrutiny, the FDA is becoming more comfortable with the safety of silicone-filled breast implants. It may even mean that we will see more approvals in the coming months, possibly the Ideal Breast Implant or even the much-anticipated highly cohesive gummy bear implants that I, and many of my colleagues, have been writing about for years.

The ongoing PIP breast implant crisis in Europe also serves as a cautionary tale. These toxic Poly Implant Prosthèse (PIP) implants were made by a French company of the same name, were filled with industrial-grade silicone, and were never approved in the US. Granting approval to a new, lesser-known company is a calculated risk on the FDA’s part. If it pans out, and Sientra’s implants are as good as the ones manufactured by Mentor and Allergan, it could drive prices down. Of course, there were some caveats along with the approval. Sientra must conduct postapproval studies of the long-term safety and effectiveness of the implant. The FDA has required manufacturers of other silicone-filled breast implants to do the same.

The other big industry news has the makings of a made-for-TV court drama. It pits Botox manufacturer Allergan against Merz Pharmaceuticals. Allergan has won an immediate injunction blocking Merz from selling Xeomin. The injunction prohibits Merz from selling or soliciting purchases of Xeomin in the facial aesthetics market for 10 months. Allergan also seeks the return of “trade secrets.” Reportedly, some Allergan employees signed contracts with Merz and then delayed giving final notice so they could e-mail company data to themselves. Merz is reportedly complying with the full terms of the US injunction.

Plastic Surgery Practice, along with our resident legal adviser, Michael J. Sacopulos, JD, have been following the drama closely, and as Sacopulos puts it, “The medical community and the general public are the real losers in this battle. An effective medication that has been FDA-approved and has both aesthetic and therapeutic value will be withheld for many months to come. Physicians and patients alike are collateral damage in this story.”

Speaking of Sacopulos, who has been invaluable to me, I would also like to thank a few other people who helped me get where I am today—and taught me pretty much all I know about this space. Thank you Wendy Lewis, Adeena Babbitt, Peter Fodor, Walter Erhardt, and David Evans.

I would also like to give a shout-out to some new friends—Joyce Sunila for her excellent, timely, and clean columns on plastic surgery marketing, and our editorial adviser, Dr Joe Niamtu, for all of his help and guidance. Dr Joe is not afraid to tell me what he thinks, and I respect his candor.

Many of you reached out to me when I took over as editor. You are a vociferous bunch who like and respect this magazine and want to see it prosper. I will do my best to make sure it does. For those of you I haven’t met yet, I plan on reaching out in the next few weeks to get your opinions on exciting new features and columns. 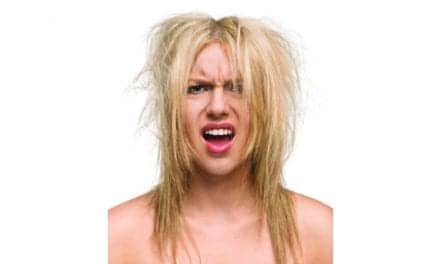 Blowtox, Injectable Lasers and More in the August 2015 Spotlight