In its bid to add to arguments critical of American culture and the cosmetic surgery "craze" of this decade, the YMCA (Young Women's Christian Association) has release a scattershot report culled from a variety of disparate sources — secondhand interviews with professionals, facts and figures from the public record, and unrelated studies conducted by various organizations. The resulting mess of source materials has been cobbled into a document called Beauty at Any Cost, and it is available here.

The whole point of releasing this document is, apparently, to also distribute a press release announcing the "study results," which props up the YWCA's criticisms of how beauty is measured by our society. For example, Reuters, among other news organs, published a news story this week, Botox and blush obsession seen as cause for alarm:

LOS ANGELES (Reuters) – America's obsession with beauty is posing serious problems for the health and economic well-being of women and young girls, according to a report on Monday on the pursuit of physical perfection and the rise in cosmetic surgery.

The nonprofit YWCA in the United States said women and girls are spending increasing amounts of money in their bid to look like idealized, air-brushed magazine models.

The report, Beauty at any Cost, noted U.S. women spent some $7 billion a year, or an average of about $100 each, on cosmetics and beauty products.

That $100 a month, if saved and invested for five years, would pay for a full year of tuition and fees at a public college, the report calculated.

"We believe that the obsession with idealized beauty and body image is a lifelong burden that takes a terrible toll on all young girls and women in this country," said YWCA USA Chief Executive, Dr. Lorraine Cole.

"What's really new here is the sheer extent to which women and girls are now willing to go…to be 'beautiful,' according to standards perpetuated by a youth-obsessed media culture with literally thousands of messages, 24 hours a day," she said.

Nearly 11.7 million cosmetic surgical and nonsurgical procedures were performed in the United States in 2007 — a 446 percent increase in 10 years, according to the American Society for Aesthetic Surgery.

Botox injections and liposuction are the most popular nonsurgical and surgical procedures.

The report cites other research linking smoking to attempts by women and girls to control their weight. It notes that some ingredients in U.S. cosmetics, such as hair sprays and nail polishes, contain phthalates that have been shown to cause liver and reproductive system damage in animals.

The YWCA teamed up with the makers of a new documentary on the issue, "America the Beautiful", in a bid to alert the 2.5 million women and girls the YWCA serves in the United States.

The only real news in this article is unrelated to the study — that the YWCA is now supporting the distribution of the documentary film, America the Beautiful, which takes a jaundiced look at the fashion industry and aesthetic surgery in particular.

Now, don't get me wrong. There is nothing the matter with an organization coming out against young women who choose to damage their bodies in order to satisfy their egos (e.g., smoking cigarettes as a method of weight control). However, throughout the Reuters story and in Beauty at Any Cost, the implication is that the rise in popularity of aesthetic surgery is also at the heart of what another [removed]news story[/removed] says is, "alarming new trends and money spent on cosmetic surgery alterations, including dramatic increases among young women, and other serious health risks."

This is another example of a "media story," in which the elitist mainstream news media uncritically broadcast information mixed with opinion — in this case, to tie in a bunch of perceived symptoms of American culture supposedly gone bad or awry — and pass it off as news.

The suggestion that these trends are new is dishonest, and that aspect comes directly from the material released by the YWCA. This trend is not new; however, it is alarming that the news media broadcasts this dishonesty with such ease. Critical thinking is definitely missing in some of the major news organizations.

The YWCA is pushing its agenda, the news media is pushing its agenda, and the public is reminded of how shallow and unenlightend it can be. And, by strong inference, both are saying that cosmetic surgery is part of the thing in American society that has "gone awry." The resulting news article(s) on the report, which as we speak have been and will be picked up by numerous Web sites and passed off as news, can also be used by print newspapers as fodder to fill a few more column inches in their dying Health or Beauty sections, if needed.

Meanwhile, the cosmetic and aesthetic medicine fields receive another finger wagging from a hypocrtitical and self-serving media machine, which is also part of a larger effort to shape public opinion on issues of healthcare — subtle and at times not-so-subtle propaganda proffering a political agenda indirectly and in manipulative ways.

For your practice, consider the slowdown in your business this year and bear in mind the media machine that continues to tell your prospective patients that using your services may be bad for their health.

Being informed about the mainstream media's questionable practices — however superficial and dishonest they may be — will give you a leg up on them, as you field questions from patients and combat their fear and uncertainty about procedures. 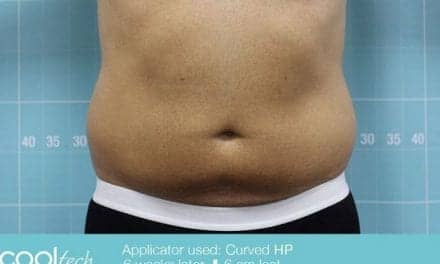