It has been said that politics is show business for people whose looks aren’t sufficiently attractive for show business. Washington, DC—as the center of political activity in the United States—fairly brims with such individuals. Or, at least it once did, until George John Bitar, MD, arrived on the scene.

Technically, the nation’s capital harbors as many politicians as ever. But since Bitar opened his private practice 3 years ago in neighboring Fairfax, Va (and a second one soon thereafter in nearby Manassas, Va), more and more government careerists with faces and bodies adequate for the halls of federal power have been transformed into people with visages and physiques perfect for the studio soundstages of Hollywood.

It’s understandable, then, that Lebanon-born Bitar—who received part of his aesthetic plastic surgery training in Beverly Hills, Calif—has zoomed in popularity among Washingtonians. But top-notch skills with scalpels and sutures provide only a partial explanation for why Bitar is so in demand. To some extent, it’s because he makes his patients feel supremely well-treated from beginning to end.

His offices, for example, are endowed with a welcoming, family-like atmosphere—literally, because the first person a visitor encounters in the flagship location is Bitar’s own mother, the official greeter. Then, during the initial consultation, Bitar takes time to introduce prospective patients to his employees. He also likes these newcomers to say hello to current patients who are in the office for follow-up or for planning additional surgeries. (Such encounters occur only after he obtains permission from both the new and returning patient.)

“I encourage this dialog among patients, because hearing about surgery and the things that come afterward from someone who has already been through an operation gives the new patient greater confidence to have the contemplated procedure,” Bitar explains.

In the interest of developing deeper bonds of trust (and of promoting an optimal surgical result), Bitar makes a point of seeing patients at least twice before the day of the operation.

“I feel it’s important to have the patient become as comfortable and knowledgeable with the procedure as possible,” he says. “The more comfortable the patient is, the greater his or her satisfaction with the entire experience will be.”

Bitar sets the stage for patient satisfaction in other ways as well. One of them is by keeping his office open weekday evenings and three Saturdays per month. This allows him to accommodate prospective patients who want to schedule a consultation but cannot manage the time off from work during regular Monday-through-Friday business hours.

“We go above and beyond patient expectations,” he says. “And we do that because, again, patient satisfaction is so essential. Our goal is to make sure every patient is a happy one.”

Toward that end, Bitar places a great deal of stock in exceptionally good follow-up. He arranges for flowers to be delivered and waiting when the patients arrive home, then he phones the patients within hours after they are discharged from the recovery room to make sure that they are doing well. He also sees those same patients in his office within 24 hours afterward, and again multiple times until healing is complete and satisfaction is achieved.

Furthermore, he offers them 6 weeks of complimentary skin-care services provided by his pair of licensed aestheticians. He also arranges for patients to spend time with another member of his staff—image consultant Diane McFarland, whose résumé includes services provided to top executives of numerous Fortune 500 companies. Her talents for helping postoperative patients develop effective sartorial strategies and poise have played a part in dressing Bitar’s practice for success.

“The fact of the matter is that my practice has doubled in size every year,” says Bitar, acknowledging that a big factor underlying his meteoric rise in the competitive Washington marketplace is his staff of seven. “I was very careful in choosing my team. Then, once I had them aboard, I gave them the freedom to use their talents to the fullest; I didn’t hobble them with a lot of rules and regulations that they had to follow. It’s my belief that you cannot create an extraordinary practice if your staff is going to function and behave in an ordinary way.”

Once per month, Bitar and the employees gather around the conference table to discuss issues affecting the smooth running of the practice. “It’s a way to make sure we’re all on the same page,” he says. “It’s also an opportunity for us to air and address any points of concern. Ours is a very energized office as a result.”

Paramount, too, in the success of Bitar’s practice is his insistence on medical clearance of patients as a precondition for surgery. He makes no exceptions. The rule is: If you want a surgical procedure performed, you first must see your primary-care physician for a medical exam. If you don’t have one, Bitar will refer you to a hospital for names of physicians (with whom he has no affiliation) from which you can choose.

“I don’t operate until I receive independent word that the patient is healthy enough to safely undergo surgery,” he says.

The wisdom of that policy became apparent not long ago when a 40-year-old male fitness enthusiast who had come to Bitar for a “six-pack”-creating liposuction procedure was found during the independent medical work-up to be suffering from a cardiac arrhythmia.

“This was a gentleman who exercised daily at the gym and, ostensibly, was in great physical condition,” Bitar recalls. “But because of the arrhythmia, he was a risky surgery candidate. So, instead of liposuction, he ended up getting a pacemaker.”

Bitar has cancelled six surgeries in the past 12months because of problems detected by medical-clearance examinations. But examinations aren’t the only ways he minimizes risk—another approach entails providing a supremely safe surgical environment.

Indeed, operating-room safety is such a consuming matter of concern for Bitar that a few years ago, he took time away from regular practice activities to coauthor a study on this issue. The findings were an eye-opener for Bitar, particularly with respect to the use of anesthesia during plastic surgery procedures.

Specifically, the results convinced him that, for safety’s sake, procedures that require anesthesia should be performed only with the participation of board-certified anesthesiologists. This is why he performs his surgeries almost exclusively at INOVA Fairfax Hospital in Falls Church, Va, and Prince William Hospital in Manassas, where board-certified anesthesiologists are always available to him.

Typically, during an average week, Bitar spends 21¼2days in surgery, 3days seeing patients in his offices, and 1day attending to practice matters or to working on two books—one for plastic surgeons about neck lifts and ancillary procedures (which he is coauthoring with Vincent Giampapa, MD, of Montclair, NJ), and the other aimed at laymen about aesthetic surgery procedures around the world, how they differ from culture to culture, and how they affect the perception of beauty.

French- and Arabic-speaking Bitar knows a thing or two about beauty around the world, having been trained by renowned pioneering plastic surgeons from far-flung places. Bitar, who immigrated to the United States at age 16, finished his undergraduate studies at George Mason University in northern Virginia. Then, after receiving his medical degree from George Washington University School of Medicine and Health Sciences in Washington and completing a general surgery residency at the Albert Einstein Medical Center in Philadelphia, he went on to plastic surgery residency at the University of Virginia, Charlottesville, and a year-long breast surgery fellowship with a group of 10 board-certified reconstructive plastic surgeons in Charlotte, NC.

By combining what he learned from each of those international masters with techniques of his own, Bitar has been able to achieve consistently impressive results in facial, neck, breast, abdominal, and full-body surgery—his aesthetic specialties. His signature procedures include natural-looking “six-pack” abdominals, imperceptible 2-cm armpit scars following breast implants, and suture-suspension neck lifts that use a fibrin sealant.

All these facets of practice figure prominently in Bitar’s marketing outreach, some of which is carried out during in-office and community seminars that he conducts for people in fields in which an attractive appearance is vital, such as sales, real estate, and fitness. He also gives seminars frequently at hospitals to gastric bypass surgery patients.

Because so many plastic-surgery seekers these days surf the Internet for information that will help them choose a physician, Bitar has included on his Web site several of his own technical articles. “The better educated a patient is, the more realistic are his or her expectations,” he says. The Web site also features a panoply of before-and-after images that showcase his surgical skills. A section is also devoted to testimonials from patients who write about how Bitar wrought changes that markedly enhanced their self-image, resulting in greater confidence and enjoyment of life.

Many in the press consider Bitar’s story a fascinating one, as evidenced by the coverage he’s received from various print and broadcast news organizations. Washing­tonian magazine, for instance, named him a Top Doc in triennial voting by the area’s physician community. It’s a story made all the more compelling by the extensive in­volvement of Bitar and his staff with local charities and community-service groups.

One organization they support seeks to provide meaningful jobs for economically at-risk women. Anoth-er Bitar-supported foundation offers college scholarships and career education for disadvantaged youth. He also supports charities engaged in the fight against leukemia and lymphoma, and those involved in the protection of orphans in Lebanon.

In additional, less-publicized examples of his bent for public service, Bitar volunteers to interview applicants seeking to gain admission to the George Washington University medical school, and he serves as a visiting lecturer in the departments of plastic surgery at the American University of Beirut and the University of Virginia.

Bitar recently enhanced his capabilities by unveiling a cutting-edge age-management service built around DNA analysis and the creation of personalized genetic health programs.

“I believe this is the true cutting edge for aesthetic plastic surgery practices,” he says. “Age management involves DNA profiling and assessments of each patient as an individual, and includes a regimen of nutraceuticals and high-density nutrition tailored to that patient, and that patient alone. Age-management programs are utilized by fitness-oriented patients looking for an extra postsurgical means of increasing how good they look and feel. It forms a perfect addition for patients who want non-surgical enhancements by means of wrinkle-management and facial-filler products.”

Also to come will be lasers, now that the technology has developed to a level that Bitar finds satisfactory. Bitar is something of a laser authority, having made it a research focus of his residency. Laser services—to include hair removal and other minimally invasive procedures—will be offered under the auspices of a full-scope medical spa that Bitar is in the process of establishing.

“The full package will include fitness training, diet counseling, and more surprises to come,” he says.

This is all well and good, but one might ask whether Bitar—who recently became engaged to be married—can keep growing his practice without eventually hitting a wall. He says that, to avoid such a fate, he’ll probably take on an associate long before then. In the meantime, he will stay on top of his game by staying focused on his primary mission: helping people who want to look as good as they feel—who want to look as though they work in show business. PSP 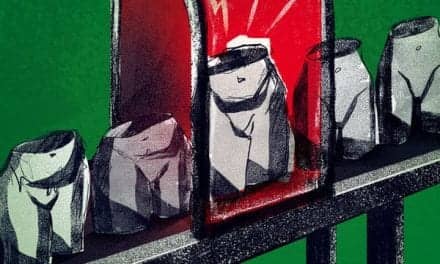 Is This the Shape of Things to Come? 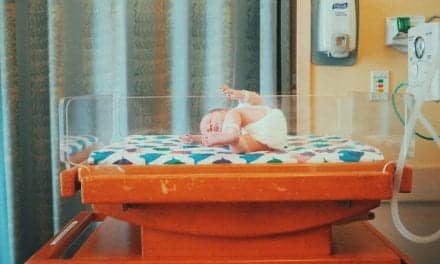 Why Does the Latest Birthing ‘Trend’ Include Plastic Surgeons?