The Zerona laser device is one the more interesting and unusual products to hit the aesthetic medicine market. Interesting in that its distributor, Santa Barbara Medical Innovations, offered the device to physicians with a unique profit-sharing scheme, documented here. The Zerona device itself is unusual in that as soon as physicians began using it, reports filtered out (from, by the way, both physicians and patients) that the Zerona didn’t work at all. Most laser devices that don’t work well will at least work some of the time, albeit poorly. Physicians who signed on with Zerona ended up saying the device’s complementary diet and exercise plan was the primary reason patients lost some weight. More and more, less was made of the laser device’s effectiveness.

Read more about that here. For a technical critiquie of the Zerona, refer to the blog of Michael Persky, MD — in essence, Dr Persky’s opinion is that the wavelength used by the Zerona cannot penetrate the skin. To wit, in Persky’s words:

I really wanted Zerona to be the real deal, and offer it to many satisfied patients. At $2000 to $3000 per treatment series, the financial incentives are very attractive. I cannot ethically and in good conscience offer my patients a treatment that is scientifically unsound.

Zerona’s 635nm laser cannot penetrate the skin so it cannot have any effect on fat cells. The electron-microsope studies that have shown “microscopic holes in the fat cell membrane and leakage of fat from the cells” were done with the laser DIRECTLY applied to fat cells underneath the skin, with no skin to penetrate. The loss of “inches and pounds”, if any, comes from the manditory Curva niacin supplement drink, diet, and exercise that desperate patients must follow (this explains why there is “loss in areas that were not even treated by the laser). The company claims are that the “laser triggers a response in the body that causes the fat cells to communicate, causing a general effect in the entire body”. Recall that the laser cannot penetrate through the skin to be able to affect the fat cells.

The results of Zerona treatments in the words of disgruntled patients (and a few satisfied ones) can be found at RealSelf.com.

At scientific meetings where the Zerona has been exhibited, I have made a point of asking surgeons whether or not they have used it. Again, there were consistent remarks that suggested the product was a sham.

Meanwhile, the CoolSculpting device from Zeltiq was released. It came out around the same time as the Zerona and is a main competitor to the Zerona. Overall, the press and practitioners have been positive on Zeltiq’s product, which uses a technique called cryolipolysis to affect fat reduction. PSP published an article about the Zeltiq device, which you can read here. I published a blog entry here that highlighted a New York Times article comparing the Zeltiq device to the Zerona laser. In this article, we find that the FDA cleared the Zerona laser for pain reduction 24 hours after breast augmentation or as a way to decrease the pain associated with recovering from liposuction.

Now comes a recent series of press announcements from an Arizona organization called Maloney Insights, in which the Zerona laser is touted as effective and the Zeltiq device is dissed. The window dressing on these press releases talks about evidence-based medicine, but I am neither impressed nor convinced. Personally, I could care less if the Zerona works or does not work. I have no interest in getting treatments using either Zerona’s wavelength or Zeltiq’s cryolipolysis-based device. PSP has no vested commercial interest in Zeltiq or any other Zerona competitor. However, I am reporting that physicians and patients have said good things about the Zeltiq and have consistently criticized the Zerona. Such is life. I wish it weren’t so.

On the other hand, I can spot a marketing double back flip when I see one, and what I see coming from Maloney Insights and the Zerona camp is a half-assed attempt to counter the relative success of the Zerona’s main competitor, Zeltiq, and to combat the growing chrous of “Fake!” from practitioners and patients alike who have used the Zerona or been used by the Zerona’s marketing efforts. (For example, for years I have heard there was a clinicial study in the works that would show how well the Zerona worked. It has yet to appear in print, but Maloney Insights has hinted at some kind of clinical study in one of its press releases.)

Judge for yourself. Read the Maloney baloney here, here, and here. 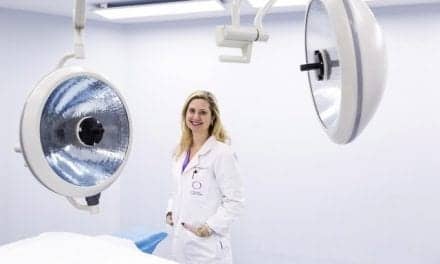