CoolSculpting, a noninvasive fat-reduction process created by Zeltiq (Pleasanton, Calif) has been approved by the FDA for the  reduction of fat. The procedure delivers a non-invasive, safe, and clinically proven method for the selective reduction of “love handles” or flank.

CoolSculpting uses a fairly new technique, cryolipolysis, that "cools unwanted fat cells in the body to induce a natural, controlled elimination of fat cells," according to the company. This reduces bulges in the treated area of the body, according to press materials released today by Zeltiq, in which, "on average, each CoolSculpting procedure results in a 20% reduction of fat in the treated area, and patients can start to see results as soon as three weeks following treatment, with the most dramatic results occurring over a period of two to four months in most patients."

Unlike most other methods of fat reduction, CoolSculpting involves no needles, surgery or downtime. During the procedure, a noninvasive applicator delivers precisely controlled cooling to the treatment area to specifically target underlying fat, leaving surface skin tissue unaffected. Procedures last about one to two hours. Patients can have additional procedures for more pronounced effects if they desire.

Developed at the Wellman Center for Photomedicine at Massachusetts General Hospital in Boston, the CoolSculpting breakthrough is based on extensive scientific research that demonstrates that fat cells are more susceptible to extreme cold and are selectively, painlessly, and permanently destroyed. Starting several weeks after the procedure, cooled fat cells begin a process called apoptosis (natural cell death) and begin to shrink and disappear. Comprehensive multi-center clinical studies submitted to the FDA validated that CoolSculpting kills fat cells in the area treated based on histological and ultrasound assessment.

CoolSculpting is not intended as a weight-reduction program for overweight individuals, warns the company. The best candidates for the CoolSculpting procedure are people near their ideal body weight who eat well and exercise regularly and have pockets of fat that have not responded to a healthy lifestyle. They are seeking long-lasting spot reduction for this specific area of fat, but they are not considering a surgical procedure with its inherent expense, downtime, and safety risks. 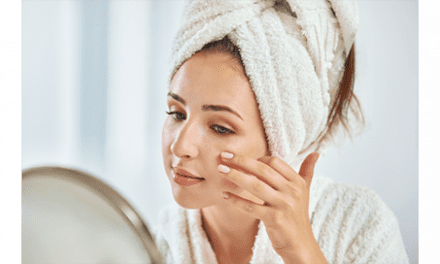 The Number-One Factor That Predicts How Well You’ll Age