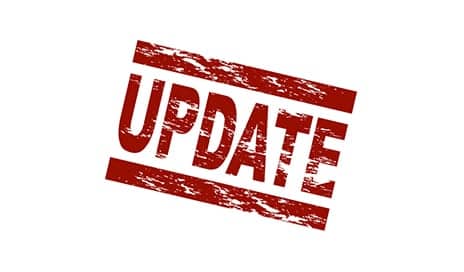 In the 1 year since undergoing what is reportedly the most extensive face transplant surgery ever performed, Mississippi firefighter Patrick Hardison has achieved many milestones in his recovery.

Surgeons from NYU Langone Medical Center report that Hardison’s body has not rejected the new face. In addition, Hardison has received new eyelids and lips, and both his feeding tube and breathing tube have been removed.

As a result, Hardison has been able to drive a car and swim—activities that he had been unable to do since he was severely burned in the line of duty in 2001.

“The surgery has truly given me back my life,” Hardison shares in a media release from NYU Langone Medical Center. “I go about my day just like everyone else. It’s allowed me to do things with my family that I had not been able to do.”

“I can’t tell you what a sense of freedom it is to even drive my kids to school. We recently went on a family vacation to Disney World, and I swam in the pool with them – something I hadn’t done in 15 years,” he adds.

“We are amazed at Pat’s recovery, which has surpassed all of our expectations,” says Eduardo D. Rodriguez, MD, DDS the chair of the the Hansjörg Wyss Department of Plastic Surgery at NYU Langone and the surgeon who led the team of over 100 medical professionals who performed Hardison’s transplant surgery, in the release.

“Most significant is the lack of a rejection episode. We believe this has much to do with the methodical approach we took in the matching process to ensure that Patrick’s donor provided the most favorable match. Doing so also has allowed us to reduce the levels of certain medications that Pat takes to prevent rejection,” he notes.

“Pat has been incredibly compliant with his postsurgical regimen, and that has allowed us to expedite his surgical schedule. He is extremely committed to daily exercise, taking his medications, and meeting with his physicians regularly. All of this has put him way ahead of schedule in terms of getting to the optimal level of recovery and appearance,” he continues.

Sometime in the late fall, Hardison plans to meet with the family of his donor, David Rodebaugh, to thank them for their decision to donate his face.

“With many successful transplants, there is a donor or donor family that makes these altruistic gifts possible, at the most trying time in their lives,” says Helen Irving, president and CEO of LiveOnNY, the organ recovery organization for the greater New York metropolitan area, in the release. “We look forward to arranging their meeting.”