Gynecomastia is widespread in men and boys. Here is how one surgeon treats it

How many teenage boys have been emotionally traumatized in gym class by cruel and sadistic kids who take pleasure in making fun of their large breasts? How many men, young and old, have lived with this embarrassing condition for numerous years, not realizing that a very simple corrective procedure is available? How many people even know that there is a medical term for this condition: gynecomastia?

Literally translated, gynecomastia means “woman-like breasts.” Believe it or not, gynecomastia affects an estimated 40% to 60% of all men in one or both breasts.

Just as women don’t like being teased about having small breasts, men are extremely sensitive about having breast tissue hanging from beneath their nipple–areola complex.

Most gynecomastia cases—30% to 40%—appear in adolescent boys around the age of 12 and lasts about 2 to 3 years. When boys enter puberty, they start producing large quantities of the masculinizing, muscle-building hormone testosterone. As the testosterone level rises in the body, some of it converts into the predominantly female hormone estrogen.

Boys whose mammary glands (which are found under the nipple) are particularly sensitive to estrogen exhibit an abnormal overgrowth of their breast tissue. In most cases, this condition disappears; but in about 10% of the male population, it persists as a stigma throughout their lives.

Another type of gynecomastia—commonly seen in athletes—usually results from using synthetic anabolic steroids. When large quantities of exogenous steroids are ingested, the testosterone level rises rapidly, and again the body responds by converting the excess testosterone, via aromatase enzymes, into estrogen. The elevated testosterone level provides significant gains in muscle mass and strength. However, the resulting estrogen often causes long-term changes in the breasts.

In some steroid users, gynecomastia may occur after the very first injection. In others, it may happen after many months of repeated use. And some users may never see as much as a single lump. But, for a given individual, gynecomastia is more often than not related to steroid dosage.

In rare cases, gynecomastia can transform into cancerous growths. When this occurs, a painless nipple discharge and ulceration may be noted. In some areas of the Middle East and around the Horn of Africa, incidences of male breast cancer are responsible for more than 6% of all gynecomastia cases.

The patient with true gynecomastia complains of hard lumps under the nipple that often expand toward both the inside and the outside of the breast. Often, this overgrowth of glandular tissue will even manage to invade the armpit region. The enlarged glands may vary in size and texture, can be painful or tender to the touch, and might occasionally present with nipple discharge. Excess fatty tissue sometimes accompanies true gynecomastia and adds to the bulk of the growth.

We usually don’t associate breast reduction with men, but surgical excision of the overgrown glands is the treatment of choice for true gynecomastia.

Planning the procedure. The initial consultation with the surgeon includes a complete medical history, an examination of the breast and nipple regions, and a full lab workup to ensure that the patient is medically fit for surgery. If the patient has impaired liver function or other medical problems, he will be referred to a specialist.

Breast-reduction surgery can be performed on men of any age who are in good shape physically and emotionally. The best candidates for surgery have firm skin with good elasticity.

All surgeries—even elective procedures—have elements of risk and uncertainty. Using an experienced board-certified plastic surgeon minimizes problems, but complications may still arise. They include infection, skin injury, excessive bleeding, excessive fluid loss or retention, and adverse reaction to the anesthesia. Another inconvenience may be numbness or temporary loss of nipple sensation that lasts for several months or more.

The surgical facility. Gynecomastia surgery will most likely be performed as an outpatient procedure in the plastic surgeon’s office or an ambulatory surgical facility. If there are medical conditions of concern, an overnight hospital stay may be recommended. The procedure typically takes 90 minutes to complete, depending on the individual case.

I advise my patients to discontinue all vitamins, meal-replacement “shakes,” and herbal supplements. I have found the products listed in the box at the right to be the most troubling.

The surgeon can use general anesthesia, or local anesthesia with sedation, and should explain the basis for the recommended option to the patient. In a typical gynecomastia surgery, an incision is made in an inconspicuous location—either on the edge of the dark skin around the nipple or in the underarm area. Working through the incision, the surgeon cuts away the excess glandular tissue, fat, and skin from around the areola and from the sides and bottom of the breast.

If the surgeon has determined that liposuction should be used in conjunction with excision, the liposuction cannula can be inserted directly through the same incisions. In breast reductions involving large amounts of breast tissue, longer incisions may be necessary and more noticeable scars can result.

If the surgeon has determined that the gynecomastia consists primarily of excessive fatty tissue, liposuction alone would be an appropriate surgical technique for removing this tissue. At the edge of the areola, in the dark skin that surrounds the nipple, a very small incision (less than 0.5 inch) is made. Depending on patient-specific factors and preferences, this incision may be placed in the underarm area as well.

My preference is to use the tumescent method prior to liposuction and suction out the fluid and fat. In cases in which large amounts of tissue have been removed, it may be necessary for excess skin to be trimmed so that the remaining skin can be adjusted to fit the new breast contour.

It is normal for the patient to feel some discomfort for a few days after the procedure. This can be controlled with pain medication. The patient should arrange to be driven home after the surgery and should have someone help him manage for a day or two.

Bruising and swelling may cause the breasts to appear initially as though there has been little improvement in the gynecomastia. Although extreme swelling usually resolves itself within the first few weeks, it may take 3 months or longer before the true results are apparent.

In the more than 1,500 of these procedures that I have performed, I have only occasionally used drains, but I usually use some kind of compression for 1 week postsurgery. Routine follow-ups include a suture-removal visit in 5 to 7 days.

Additional surgeries can usually be avoided if most of the underlying breast tissue has been adequately removed. The correct technique safely and effectively removes most of the glandular tissue and produces an athletically contoured chest. If you get it right the first time, additional surgery is rarely needed. PSP

Mordcai Blau, MD, PC,i s a board-certified plastic surgeon in private practice in White Plains, NY. He can be reached at (914) 428-4700 or via his Web site, www.gynecomastia-md.com.

These Supplements Should Be Discontinued Before Gynecomastia Surgery

• Dong quai (Angelica sinensis) has a coumarin-like active ingredient that may increase the effect of existing anticoagulant medications.

• Echinacea (Echinacea augustfolia) is used to boost the immune system and treat respiratory-tract infections. It may negatively affect the liver when general anesthetics or certain other medications are used.

• Fish oil’s omega-3 essential fatty acids have blood-thinning properties that can be problematic during surgery.

• Ginkgo biloba improves blood circulation by strengthening the vascular system and inhibiting platelet aggregation. It has 3 times the blood-thinning activity of vitamin E.

• Ginseng (Panax quinquefolium or Panax ginseng) acts as an anticoagulant and may interact with cardiac, high-blood-pressure, and blood-glucose-lowering medications.

• Vitamin E has strong anticlotting activity and can prolong bleeding time during surgery.

• Yohimbe (Corynanthe yohimbe) can raise the heart rate and blood pressure, and increase the potency of anesthetics.

Liposuction: Not a Solution for Obesity 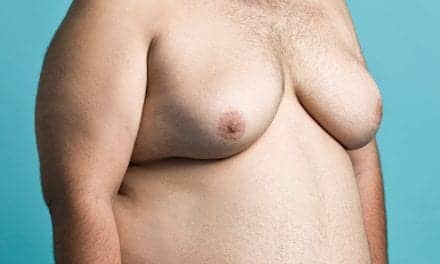 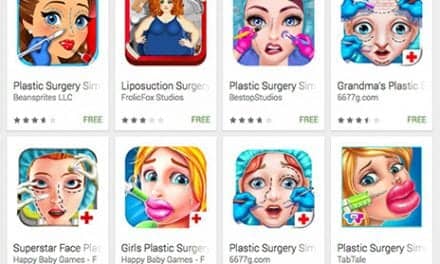 These Are the Terrifying Plastic Surgery Apps Aimed At Young Girls