All that Lori L. Cherup, MD, FACS, sought to do was put together a humble in-office procedure room. Instead, the Pittsburgh-area plastic surgeon ended up with a spectacular $2.4-million, 13,900-square-foot, freestanding outpatient surgery center, one that now is inching toward a major expansion and is destined, perhaps, to evolve into a specialty surgical hospital.

Cherup named the facility Radiance Surgery Center, in keeping with the moniker of her own practice, Radiance Plastic Surgery, whose offices occupy the upper floor of the surgery center. The venture is accredited by the Joint Commission for Accreditation of Healthcare Organizations, as well as by Medicare and the State of Pennsylvania—and, as a result, is able to stand tall against the entrenched competition of about a half dozen surrounding hospitals.

Cast a Wider Net
Initially, Cherup knew precious little about the surgery-center business. But as she became more successful, she learned well what it takes to make a go of this type of enterprise. Some of it came from poring through management-focused textbooks and journal articles, and some from faithfully attending meetings of associations for owners of such facilities. The rest of it she gleaned through trial and error, tempered by the sage counsel of others.

But the real starting point for success was Cherup’s decision to recruit other physicians as co-investors. Wisely, she approached surgeons who promised a sizable volume of cases so as to ensure ample use of the facility.

In an equally astute move, Cherup chose to go outside the field of plastic surgery in search of prospective investors. “That decision boiled down to a matter of economics,” she explains. “I wanted surgeons in specialties that pay well. That list includes orthopedics, neurosurgery, pain management, and podiatry. Specialties that do not pay well include obstetrics–gynecology and, yes, plastic surgery.”

You may wince at that last part. “Here’s how I looked at it,” Cherup offers. “If you have a plastic surgeon come in to perform a breast augmentation, that procedure is going to tie up an operating room for 1 full hour and the surgery center is going to receive a facility fee of $700—that’s an average aesthetic facility fee here in Pennsylvania.

“In contrast, if you have an orthopedic surgeon come in to perform a shoulder arthroscopy, that’s also going to tie up the operating room for 1 full hour, but it’s going to entitle the center to receive a facility fee of $4,000 to $6,000.”

No Turning Back
Cherup began to explore the idea of building an outpatient surgery center in 2000 after discovering that her original ambition of an in-office procedure room was infeasible. Simply stated, building a procedure room in her leased space would have meant a very expensive remodeling job involving the addition of medical infrastructure, assuming she could even persuade her finicky landlord to go along with such a build-out. When she weighed her expected construction costs and day-to-day operating expenses against the income-generating potential of the proposed room, the resultant numbers mocked any hope she might have held of realizing a decent return on the investment.

Confronted by those stark realities, Cherup decided that her best bet was to forget about leasing, purchase land, and build a new home for her practice, one that would include abundant made-to-order space for a hospital-grade operating room.

At the time, Cherup had a practice partner. Unfortunately, the partner thought Cherup was biting off more than the two of them combined could chew by pursuing this undertaking. Cherup, however, was unflinching and insisted on pressing ahead. Her determination to do so contributed to the breakup of the partnership shortly thereafter.

Cherup attempted to replace the partner with someone else, but before the deal was legally consummated, the prospective partner ran into serious financial difficulties that effectively barred him from sharing the costs of the surgery center.

By that point, Cherup had already bought the land and drawn the blueprints. Too much money had been committed to the project to turn back, so she steeled herself to carry the load herself.

Actually, that isn’t quite correct—she did not go it entirely alone. In support of her efforts to secure financing, Cherup had retained a health care attorney and an accountant. She also was drawing upon the services of an architect and a construction contractor, both of whom were experienced in the intricacies and nuances of outpatient surgical facilities.

Still, even with all that help, Cherup managed to obtain only a portion of the funding she needed to make her surgery center a reality. Her response was to offer ownership shares to other physicians. Those who bought in were a quartet of young orthopedic surgeons and two pain anesthesiologists. The easiest to attract as a co-investor was her husband, Alex Kandabarow, MD, a spine surgeon with a thriving local practice.

Elegance Outside and In
The surgery center that eventually arose on Cherup’s plot of land in the town of Bridgeville, Pa, was bigger than she originally conceived so that it would accommodate the other investor-owners. Had she not been careful, though, the facility could have ended up being too large.

“Overbuilding is a trap a lot of surgeons fall into on these kinds of projects,” she says. “I was fortunate to have people clue me in that a facility should start off being right-sized for its market and expected volume. The mistake is to put up the very biggest facility you can, thinking that in the years ahead you’ll grow into the extra space. All that does is eat up precious capital that could be better spent on other things needed to ensure success—things like staff, technology, and décor.

“If you ‘right-size’ the facility and have designed it correctly, you can always add the extra space later on when the growth has actually occurred and you’re generating enough revenues to justify the cost of a larger space.”

From an architectural perspective, the split-level Radiance Surgery Center—with its glistening white brick facade and abundant, playful use of exterior glass—is a genuine standout. Its look of elegance carries through to the interior. For example, a chandelier hangs from the waiting room’s ceiling and wood flooring is used to good effect here and there, while the interior color scheme of gold, orange, ruby red, and other warm hues helps keep patients’ spirits bright.

The center features two fully equipped 500-square-foot operating rooms—they even include endoscopic and arthroscopic towers. A third room about half their size is available for hand surgery, pain-management procedures, and sundry minor operations.

Akin to a Family Physician
Cherup has equipped her own practice with key ancillary services, including advanced skin care, hair removal, vascular laser treatments, and massage therapy, to aid her in delivering beauty—and wellness, for that matter—to her patients. Cherup also strives to be as cutting-edge as possible with her technologies—she lays claim to the honor of being the Pittsburgh area’s first plastic surgeon to acquire the latest in CO2 lasers, for example.

In terms of procedures, Cherup handles the body and face, but is best known for breast work. “The augmentations I perform are exceptionally long-lasting, so that the patient doesn’t have to undergo multiple reoperations,” she says.

One of Cherup’s goals is to be viewed as the equivalent of a family physician when it comes to providing plastic surgery services. “I want to perform a procedure on a patient and have that patient like the result so much that he or she will come back to me again and again for other services,” she says.

As part and parcel of this positioning, Cherup makes a point of counseling patients on health matters that have bearing not only on the quality of the result they will obtain from a contemplated procedure, but also that impact upon their ability to enjoy life and be comfortable within their own skin.

“For example, I ask patients if they smoke. If they say they do, I make sure I get them to quit—I’ve even gotten three-pack-a-day smokers to kick the habit. If I find a patient with hypertension, I send them back to their primary care physician for treatment.”

Cherup says she has no qualms about assessing patients and tendering diagnoses. “I’m simply putting to fuller use my many years of training—because, really, no other specialty except neurosurgery and cardiac surgery is as extensively trained as we plastic surgeons.”

The good relations Cherup enjoys with her patients are not merely the by-product of a good bedside manner. It’s also because she has walked in their shoes.

“I know what it feels like to want to maintain oneself—I’ve personally undergone a few of the aesthetic surgery operations I routinely perform,” she confesses. “So, I understand when a patient says to me, ‘I don’t deserve to have these breasts on my body.’ I want to help that person feel unified again.”

Rising Fortunes
With the surgery center now on a solid footing and her practice humming along, 52-year-old Cherup is giving more thought these days to the future. There are a couple of empty lots next door to the surgery center; she talks of purchasing them to permit expansion of the facility. And she speaks of one day transforming it into a specialty hospital.

But these developments could be a way off yet. In the here and now, Cherup is preparing to add more ancillary services to her burgeoning enterprise.

She also recently signed a deal to hand over operating responsibility of the surgery center to an up-and-coming medical practice-management firm—Regent Surgical Health of Westchester, Ill. “Regent conducted a top-to-bottom evaluation of our operational status and gave us good marks,” Cherup says, adding, however, that one key shortcoming was detected. “Our surgery suites are underutilized. We’re running at about 60% capacity. Regent thinks we can get that up to at least 80%, maybe even better.”

This desired increase in usage will require more physicians to bring their cases to the surgery center. Regent’s task will be to market it to the physician community—and seek to attract additional investors in the process. “Sure, we could do that ourselves, but it will be more effective at this stage of the game to have a third party go out there and represent us,” Cherup explains.

Regent also will work with the center’s staff to coax a measure of extra performance from them. “The team here is already giving me 120%,” Cherup says of her employees, “but we think they’ll be willing to give even more once they see the package of financial incentives we’re putting in place. The plan is to reward their hard work with cash bonuses each time the center reaches volume milestones and achieves specific levels of cost savings, all of which are intended to push our growth and continually improve our profitability.”

For Cherup, the management company’s potential boost of Radiance’s fortunes is only half the story. She also expects the relationship will give her more free time with her family. (See “All in the Family” on page 18.) Businesswise, Cherup has no doubt that she is well-positioned for the future, no matter in which direction she chooses to launch.

“Medicare recently approved more than 200 additional procedures that can be performed, starting in 2007, on an outpatient basis—and that number is only going to increase,” she says. “The government realizes that ambulatory surgery centers are the sites at which a lot of surgery should be done in order to both save costs and deliver good health care.

“Yes, my surgery center was a big investment and a big risk. But it’s proven to have been a good move for me. It’s right now yielding a decent payback, which stands to only get better from here on out.” 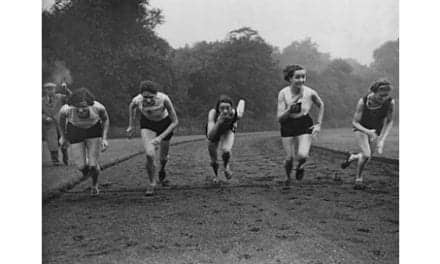 Are Men Opting for Chin Implants?