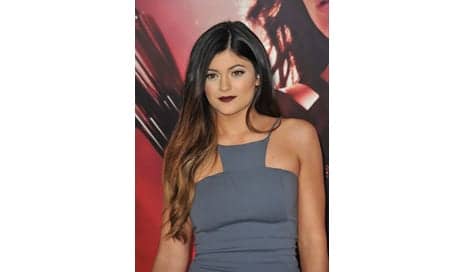 The media just loves to keep up with the Kardashian klan. Kim K bared her booty and nearly broke the Internet in late 2014, and her younger half-sister Kylie, who also stars on E!’s Keeping Up With the Kardashians, is now creating a groundswell of interest (and, of course, controversy) about plumped-out puckers. It started with the ill-fated Kylie Jenner Lip Challenge (Locate shot glass, insert lips, suck), repeated denials followed by an admission that she herself has had lip injections, and now she has introduced #LipKitByKylie, which sold out twice in record time.

Cosmopolitan.com recently chronicled Kylie’s latest venture. “Unfortunately, literally 1 minute after the second round of Kylie’s lip kits were launched at 9 am PST today, the kits were sold out,” the article states. “Basically, now the only hope you have of getting your lips on these kits (unless Kylie restocks for a third time) is via eBay—but they’re going for a lot more than $29.” (http://bit.ly/1QicX4w) The International Business Times reports that #LipKitByKylie will be back in 2016 with more stock and new colors (and there are also plans for a full-on makeup line).

Here’s what he had to say about what your patients are reading:

“Like it or not, the Kardashians set the beauty trends today—and this means hair, body, nails, skin, tans, and makeup. Lip Kit by Kylie comes in three shades: Dolce K, True Brown K, and Candy K. Each $29 set contains a lip liner and gloss. These kits don’t enhance the lips, but the pronounced interest in them tells us that lip enhancement matters.

Society has demanded that faces look perfect, and the lips are truly a focal point. When the lips are full or enhanced, a person looks more beautiful, younger, and elegant. Excluding injectables, there were 26,025 lip augmentation procedures performed in the US in 2014, up 40% from 2000, according to the American Society of Plastic Surgeons.

Each Kardashian family member seems to be cornering a niche in the beauty industry. Kim may own the butt, but Kylie is coming into her own with the lips. A recent E! News report suggests that Kylie’s lips are the most-wanted feature of 2015, and they will likely become more coveted in 2016.

There are 13 FDA-approved soft-tissue fillers on the market to date, and the trend is toward designer or site-specific fillers. Juvéderm Voluma was the first US Food and Drug Administration (FDA)-approved filler designed specifically for midface rejuvenation. Restylane Silk is approved for lip definition and augmentation.
The days of overfilled duck lips or “fish face” are gone. Off-the-shelf hyaluronic acid injections and/or fat can help create full, natural, and sexy lips. Where the Kardashians go, your patients will follow, and they will be looking for guidance about what really works for lip augmentation. Be prepared. Have before-and-afters ready to show that illustrate what can be accomplished with fillers for lip augmentation today. If anyone on your staff has had the procedure, ask them if they would be willing to talk with prospective lip augmentation patients about the process.

If you followed this story, you may recall that after months of speculation, 18-year-old Kylie confessed that she has used temporary lip fillers to augment her lips. This brings up an important question: how young is too young for lip augmentation, as Kylie has quite the teen following. The ultimate decision rests with the parents if the teen is under 18.” 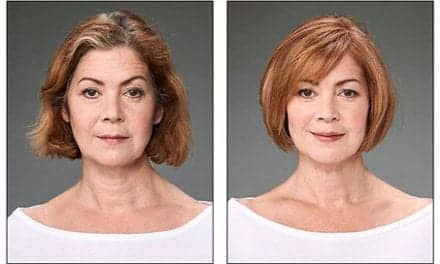 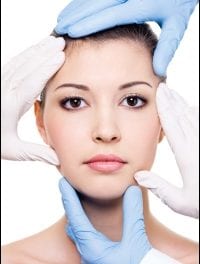