Full Disclosure for All

In the first study of its kind, New York-based Institute on Medicine as a Profession (IMAP) this year checked on the accuracy of disclosure information listed in medical journals. In comparing 2007 physician payment information from five orthopedic device companies with disclosure of company payments in journal articles, IMAP’s analysis showed that payments to 41 orthopedic surgeon researchers ranged from just over $1 million to a high of $8.8 million, representing 62% of all manufacturing company expenditures.

That’s the orthopedic surgeon business, you might say. What does that have to do with plastic surgeons?

Well, the medical device and drug manufacturers are totally agnostic when it comes to their approach to practitioners and physician researchers—the field could be plastic surgery, orthopedics, orthodontics, or cardiac surgery; and beyond.

You name any discipline. There are physicians out there getting paid to work with manufacturers in designing and testing new products and procedures, and writing in medical journals about their experiences. These physicians may also get the opportunity to travel to scientific meetings to trumpet their research in a clinical setting, at the podium, or as part of a publicity junket on the manufacturer’s dime.

There is nothing wrong with that. However, when that research is published it is critical that all relationship ties between physician and manufacturer are not only listed but listed in exhaustive detail.

A recent spate of high-profile cases has involved drug companies and physician/researchers not disclosing financial ties. These unfortunate revelations have put deep cracks in what is supposed to be the bedrock of modern medicine.

The practice of not publishing or misreporting ties between physicians and medical devices companies has to stop.

The aesthetic medicine field can gain a high moral ground by working with manufacturers, scientific associations, publishers, and other media organizations to develop disclosure policies that are meaningful. And not just lay down the rules but implement them, and then install watchdogs to watch the watchdogs.

Disclosure requirements for medical journals are quite lax. By and large, editors expect a researcher to disclose all conflicts but do not verify if the information is complete and accurate. It has all been working on the honor system.

Those days appear to be nearing an end. “These articles constitute a permanent scientific record that is used by practicing physicians, guideline committees, purchasers, and patients to evaluate treatment options,” write the IMAP study’s authors. “Journal editors, reviewers, and readers must be fully informed about authors’ industry relationship to consider the potential for bias.”

We already assume that the funding of studies by companies with a financial interest in the results is rampant. The plastic and cosmetic surgery fields are not magically exempt from this phenomenon.

Some states and even the federal government have passed laws that require increasingly public disclosure of physicians who are compensated by medical and life-sciences firms. Medical conflicts of interest are getting more play in the news media, as well, and even some large pharmas have begun listing physician payments on the Internet.

Critics of these approaches claim that, for example, the federal law is littered with loopholes and compels physicians, organizations, and corporations to merely develop written policies that deal with the problem.

It behooves the aesthetic medicine field to blaze a trail by not only developing coherent disclosure policies, but also insisting on total and detailed disclosure in all media.

Under increasing pressure from patients, the government, ethics groups, and the news media, the systemic ethical corruption that is endemic to all physician-corporation money deals must be scuttled.

For true transparency to exist in these financial disclosures, physicians who work to advance medicine in collaboration with manufacturers must be wholly honest and forthcoming. n 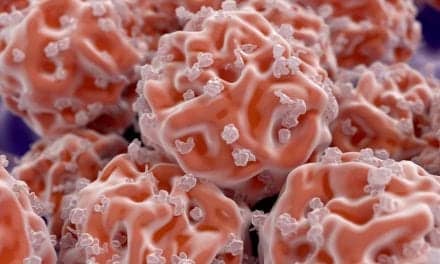 Is Your Practice's Web Site ADA-Compliant?

The Wild, Wild World of Groupon