Recently, I discussed marketing ideas with publicist Angela O’Mara, who owns The Pro­fessional Image, an agency in Newport Beach, Calif, that places aesthetic physicians in the media to help grow their businesses. I asked her which media generated the best results for her clients.

“Morning news shows,” she replied without hesitation. “If we put a client on even a local show in a medium-sized market, the phone will ring off the hook.”

Nothing else came close, she said—not an article in a national women’s magazine or a column in a newspaper. Nothing.

Although I was surprised that local television shows would trounce national media, I found that this made sense to me. Watching the morning news is a pretty universal habit. Because television is a visual medium, a plastic surgeon discussing a procedure that helps women look better would certainly promote a visual industry.

But then Angela blindsided me with a second piece of information

“The other monster result we get is when we do the right kind of radio. One of our clients recently appeared on The Howard Stern Show, and hits on the client’s Web site went through the roof.”

Radio? To promote an industry as visual as aesthetic medicine? (The more fundamental question—Why listen to Howard Stern?—is part of another discussion.)

Then she told me another surprising fact: “Those local morning news shows are so effective, they actually beat national television. They get more results than half an hour on Extreme Makeover.”

Sparks started coming out of my ears. What? This defies the Law of More Expensive and Exclusive Is Better. In a properly unfair world, national exposure should beat local exposure, and 30 minutes should beat 3 minutes. The little guy must suffer. Something strange was going on here.

Eventually, I figured it out. There could be only one thing at the root of all of this disparate evidence: brain physiology.

As everyone knows, women’s brains are different from men’s brains. These differences have evolved over eons, as women gathered in groups to pick berries and raise children.

That would explain why a radio show might deliver big returns even though it isn’t a visual medium. Women just tune in to conversation, period. If the conversation is juicy enough, it’ll get our attention.

2) Women get the big picture. Women’s intuition—our ability to get the big picture without a lot of rational computing—happens because women have 30% more fibers connecting the right and left brains than men. As a result, we are more able to multitrack and to make quick judgments and decisions.

That would explain why a 3-minute morning news report might trounce Extreme Makeover, a manufactured fantasy show whose results don’t apply to most mortals. Big-picture thinkers understand that instantly and dismiss its information content as irrelevant. That show is entertainment, not something that would spur you to make an appointment with a plastic surgeon.

3) We like free-form conversations. Women’s emotions are located in both hemispheres of our brains, which make our emotions more accessible at all times. Men emote only in two areas on the right sides of their brains. We can (and usually do) emote while thinking (much to men’s dismay). This is why strictly logical conversations often drive us crazy. We prefer a loose-fitting type of logic that leaves room for whatever emotions may come up.

That would explain why Howard Stern—whom no one will accuse of being overly rational or logical—might be stimulating to a female audience. His format is elliptical, free-floating, and full of asides and exclamations. It’s the way women talk.

Add up these proclivities:

• We talk in order to think.

• Our emotions spill out all over the place.

You will find a group of people who are easy to reach and persuade through conversation, as long as it comes from a source that they intuitively trust and comes in a flowing, open format.

Good News for Your Practice

This is good news for marketing your practice. Why? Because conversation is free. Combine women’s chatty habits with our tendency to form all kinds of groups with other women, and you’ve got a goldmine of free word-of-mouth marketers.

So all you have to do is get on a local morning television show—which is easier than you might think—and get some conversation going. Format it in a style that appeals to women’s brains. We’ll spread your message like wildfire.

What qualities do you need to project?

• Emotionality. Let your feelings show when you talk.

• Authenticity. Be real. We can smell a fake a mile off.

If you decide to set up some free seminars instead of going on a morning television show, that’s OK. Conversation is conversation. Most women’s conversations aren’t picky. We’ll start the buzz about you over anything, as long as you give us a good feeling. PSP

Joyce Sunila is the president of Practice Helpers, an e-campaign marketing service for the aesthetic medical industry. She can be reached at (866) 706-0550 or via her Web site, www.practicehelpers.com.

It’s a Marketing Jungle Out There 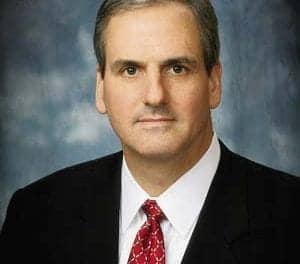 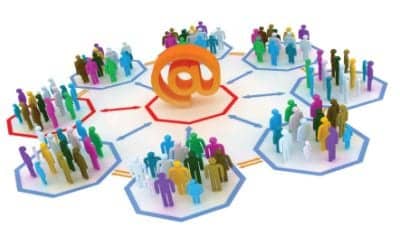