Stepping Up: Frank Stile, MD, and the Peculiar Case of Victoria Welcher 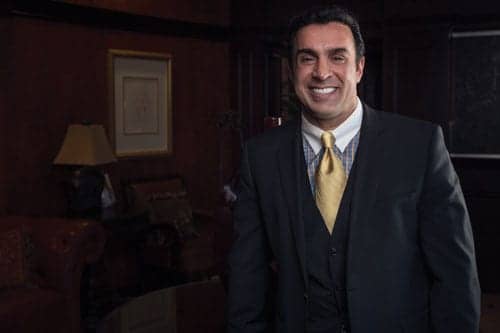 Las Vegas plastic surgeon Frank Stile, MD, first heard about 3-year-old Victoria Welcher in mid-June 2014 along with the rest of the nation.

The Mississippi child was severely mauled by her grandfather’s pit bulls in April and then thrust into the national spotlight when her grandmother alleged that she was asked to leave a Jackson, Miss-based Kentucky Fried Chicken (KFC) restaurant because her injuries were ruining other customers’ appetites.

Victoria’s plight and the cruelty she experienced afterward tugged at our collective heartstrings and got many of us to loosen our purse strings, including Stile. He quickly stepped up and offered his services and the backing of the not-for-profit Frank L. Stile Foundation, which provides hot meals for children in Southern Nevada in addition to providing pro bono surgery for underprivileged children like Victoria.

“I knew there was some way that I could help—whether by making her story more visible, recruiting my colleagues, or even quarterbacking and raising money,” he says.

Stile did—and is still doing—all of the above.

The Peculiar Case ?of Victoria Welcher: ?Timeline of Troubles

April 2014—3-year-old Victoria Welcher is mauled by her grandfather’s pit bulls in Jackson, Miss. She is treated in the emergency department by Kyle Lewis, MD. Welcher lost her right eye and sustained a broken upper and lower jaw, a broken nose, and smashed cheekbones. She also lost the ability to move the right side of her face.

June 2014—Her grandmother alleges that Victoria was asked to leave a local KFC due to her disfigurement. The story goes viral on social media. Frank Stile, MD, reaches out to the family. Stile flies to Jackson to meet Victoria. KFC pledges $30,000 to help Victoria. More than $100,000 in donations come in for the family.

June 23—The KFC story is found to be a hoax. The family denies the allegation.

June 24—The online fund-raising effort, “Victoria’s Victories,” on GoFundMe is temporarily suspended. KFC requests that its $30,000 be sent to the Stile Foundation to help Victoria, not to the family or their lawyers.

July 2014—Stile and Welcher fly to Naples, Fla, where the girl receive her first prosthetic eye from Raymond E. Peters, BCO, owner of the Center for Custom Prosthetics in Naples.

November 2014—An infection develops in the lower eyelid.

He wasn’t the only person who offered to help fund Victoria’s surgeries (of which there have been many and will likely be many more) and support her recovery. Many people sent funds to the Stile Foundation, and others supported a GoFundMe crowdfunding campaign started by Victoria’s family and her lawyer. KFC also pledged $30,000 to help pay for Victoria’s surgery and therapy. In sum, more than $100,000 was raised.

There are certain facts in this case that are indisputable—a little girl was severely disfigured and lost an eye after being attacked by pit bulls—but other details have since proven to be unfounded at best and fraudulent or unsavory at worst.

As Victoria’s surgeries were being planned and staged, some inconsistencies surfaced. Soon thereafter, KFC confirmed through two different investigations that the girl and her grandmother were never asked to leave the fast food restaurant. In fact, they may not have even dined there in the first place. The fund-raising website—“Victoria’s Victories”—suspended the account and is working to refund donations, an official statement said.

“KFC pledged $30,000 to the family before they found out it was a hoax, and they did not rescind the money,” Stile says. Instead, they gave it to the Stile Foundation for the girl’s care, where the money still sits in escrow. Stile is planning to return the funds to KFC. “I want there to be no question about my intents or motive,” he says.

The Heart of the Matter

Like KFC, Stile and a dream team of doctors from three states—Nevada, Mississippi, and Florida—never wavered in their support for Victoria. “You are emotionally horrified about what this child had to go through to survive and what she had to endure afterward,” he says

Kyle Lewis, MD, an oculoplastic surgeon at University of Mississippi Medical Center in Jackson, has been there since day 1. As the only oculoplastic surgeon on staff, he was called into the emergency department at the time of Victoria’s initial injury. “She lost her right eye and has some severe facial injuries. There was also facial nerve damage,” he recalls.

A few months later, Stile flew down to Mississippi to meet Victoria after he heard about her ordeal on social media. He later met her in Naples, Fla, where she received her first prosthetic eye 3 months after the mauling.

Raymond E. Peters, BCO, a master prosthetician at the Center for Custom Prosthetics?in Naples, Fla, performed this surgery and has also pledged to build any further artificial eyes, and there will be many more to come. “The eye will be changed every 6 months until she is 12 or 13 years old to keep pace with growth and surgical changes,” he explains. “If there is a change that affects the anatomy in any way, I have to stabilize the site or she can develop adhesions and scar tissue.” Peters has done two such procedures so far. (Artificial eyes usually cost between $1,500 and $4,500.

Lewis adds, “The first eye was designed to stay without a lower lid, but this approach didn’t work, so we rebuilt her lower eyelid using different grafts from the upper eyelid and ear.” Peters then created a second eye to fit in the new space. Victoria is currently fighting an infection in the reconstructed eyelid.

It has been, and will continue to be, a long and painful journey for Victoria. Stile will do some scar reconstruction and other surgeries once Victoria has stabilized.

“She has a great personality, is all smiles, and she hugs everybody,” Peters says. It didn’t occur to Peters to pull away after the alleged KFC hoax was exposed. “I am helping a child because she needs help. I’m not worried about the cost on my end, and I will help as long as it is necessary and as long as I am able,” says the 80-year-old, who has retired twice so far but has come back due to demand for his services.

Stile agrees. “I would do it again, because not every situation is like this. The rest of these people will all be gone, and Victoria will be left with the physical and emotional scars of all she has been through,” he says. “People kept asking me why I was doing this, and that is the most tragic question,” Stile says. “The real ?question is, ‘Why aren’t you doing something?’ It is so sad that when somebody does what they should do, it’s considered extraordinary.” 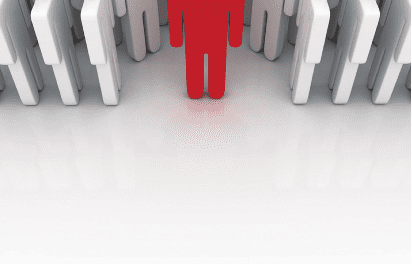 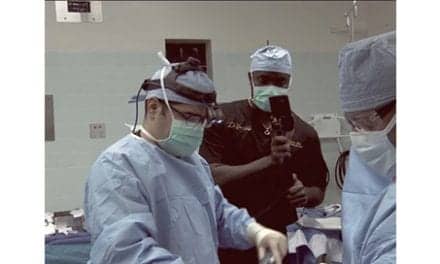 E-Newsletters May Fuel Your SEO Efforts