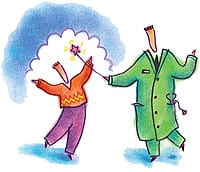 If a cosmetic surgeon were stranded on a desert island 15 years ago and just returned to the contemporary aesthetic landscape, he or she would be surprised by the state of affairs. He or she would most certainly be impressed (or unimpressed) by the minimally invasive trend.

There is no doubt that Botulinum toxin type A and new fillers, laser hair removal, and tumescent liposuction would be among the impressive “nonsurgical” procedures, but I think our hypothetical strandee would consider many other current minimally invasive procedures a step backward.

It wasn’t that long ago that aesthetic surgery was a well-kept secret of the rich and famous and ladies that leisurely lunched. When the first class of Baby Boomers entered their mid-40s, a paradigm shift occurred in many directions. Societal mores concentrated on health and fitness, and medical advances enabled people to live (and love) longer.

This emphasis on feeling and looking better, coupled with a population surge of aging patients with disposable income, provided a fertile group of potential aesthetic surgery patients. The media and equipment manufactures took off on this opportunity with previously unseen vigor.

Somewhere between all the media hype and the increase in younger patients wanting to look better came the birth of the minimally invasive aesthetic era (which, in case you haven’t noticed, is just scratching the surface). Botulinum Toxin type A, new fillers, light and laser therapies, tumescent liposuction, and endoscopic techniques set the stage for smaller procedures that did more with less.

This aesthetic revolution has been a good thing for most aesthetic practitioners because it increased the number of patients in our waiting rooms. In the same manner that it brought more patients, it also brought more specialties to the aesthetic provider table.

Some of the specialties that became active were not traditionally surgically oriented and embraced the minimally invasive movement because they provided surgeons with the ability to enter the aesthetic arena. For physicians with surgical training, the increased number of patients seeking minimally invasive procedures required them to adapt these techniques into their practices to stay competitive within the marketplace.

At this point, we have surgeons who also offer minimally invasive therapies and nonsurgeons who offer only minimally invasive treatments. Both scenarios are fine and largely represent significant talent and well-treated and happy patients. I do behieve, however, that there is a bit of a culture clash that has muddied the waters of aesthetic credibility.

What Is the Problem Here?

We are an impatient culture, and since the introduction of “TV dinners” our society has been on a hunt for ways to save time and get a lot of reward for a little effort. No one can argue that minimally invasive treatments don’t have a positive side. It is a true pleasure to simultaneously treat a patient with botulinum toxin Type A, fillers, IPL, hair removal, and a vascular laser for spider veins and have a true aesthetic result with nary a drop of blood or a day missed from work. These procedures are the real deal!

Many surgeons have been sucked into it as well. I saw some of the most credible and stalwart surgeons endorsing barbed suture facelifts. I also saw this marvel on the Today show while it was being stated that there is no longer a reason to go under the knife for a facelift.

I, like many surgeons, saw patients shy away from traditional facelift procedures because they were “unnecessary.” I would be untruthful if I did not admit to also jumping in the ring with barbed sutures, only to see unsatisfactory results and disillusioned patients. In retrospect, my dad told me decades ago that if it sounds too good to be true, it probably is. Attempting and abandoning a new procedure is nothing new and not all bad, because sometimes we find a winner. Being forced or taunted to by media, patient, and coporate pressure is not such a good thing.

Again, there are lots of good reasons to want a good result with no downtime. Our patients want “wash and wear” surgery and have a “drive-through” mentality. People are busy and active, and just don’t want to be away from work or play.

Women remain the driving force for aesthetic procedures, and more of them are part of the workforce than ever before. They have more disposable income and want to look younger. Disposable income is only good if you don’t miss work, so there is a true and real need for minimally invasive procedures.

This need is certainly being fulfilled, but a lot is getting lost in the translation. You cannot pick up a magazine at the supermarket checkout that does not include information about a miracle diet, yet we all know that there is no miracle in dieting. These diets don’t work, yet people fall for them every day.

This type of reporting is also spilling over into minimally invasive aesthetic surgery, and yes, people are falling for some of it. A good example is “Better than Botox?”, the mantra for a popular over-the-counter preparation that tickles the pocketbooks of some patients.

The Culprits of Overselling

I believe that the culprits of overselling are the media that need to have a “wow” story, the companies that market the machines, and a society that is obsessed with less for more. I also believe that some practioners who do not perform surgery bad-mouth traditional surgical procedures and inflate the expectations of minimally invasive procedures. Surgeons are guilty as well, and it has become fashionable to invent a new facelift with an attractive name that offers the same results as traditional facelift surgery with none of the inconveniences.

You would think the public would be more skeptical about a facelift performed in an hour with local anesthesia and no bandages. Did I mention driving home from the surgeon’s office as well? Come on, people! This sounds a little too goodto be true.

This is not an indictment against conservative surgery—it has a place, and I do it as well—but savvy marketing can lead patients right into disappointment. A minilift is a good thing for a patient that only needs a minilift. A patient with more advanced aging that gets a minilift may not be a good thing.

We, as surgeons, can’t be apologetic about an extended recovery period for a time-proven procedure. Some of my (and other colleagues’) better referral sources are other physicians who overpromote the results of minimally invasive procedures, especially nonsurgical skin tightening and tiny facelifts that are supposed to have huge results.

These unhappy patients are disappointed, angry at their previous surgeon, and embarrassed that they wasted their hard-earned money on something that sounded too good to be true. I tell my patients that 2 weeks away from work for a comprehensive procedure that will improve a half century of aging is not unreasonable if they desire a long-term result.

I have outlined what I believe are some of the shortcomings of minimally invasive procedures. However, I want to conclude with some of the positives.

Minimally invasive procedures have piqued the societal interest in aesthetic surgery, and many of these patients will go on to have traditional surgery, so in that respect, it is good for business and it has brought many new patients to our offices. It has provided options for those patients too young, too old, or to sick for traditional surgery, or for those those who just need a tune-up. I also believe that the hype surrounding minimally invasive cosmetic surgery leads the industry to vigorously press for advancements in technology.

I conclude that minimally invasive techniques are, in reality, a good thing if they are used and promoted ethically. They are only detrimental when the public is misled by industry, media, and physicians.

We will all see new technologies come and go, and we will all occasionally get duped by a new product that on the surface seemed credible. Regardless of progress, when it comes to patient expectations, “keep it real.” 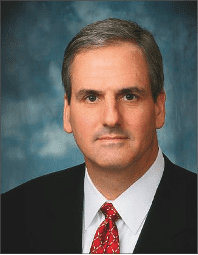 The Edge: Is SEO Among the Walking Dead? 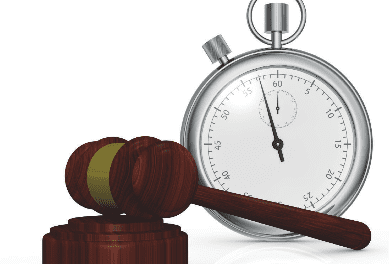