The United States Food and Drug Administration (FDA) announced that Baxter Healthcare Corp and two of its corporate executives have signed a consent decree of condemnation and permanent injunction for certain infusion pumps made by the firm. They agreed to stop manufacturing and distributing all models of the Colleague Volumetric Infusion Pump and the Syndeo Patient Controlled Analgesic Syringe Pump  within the United States until they correct manufacturing deficiencies and until the devices are made in compliance with the FDA’s current good manufacturing practice (CGMP) requirements and the Quality System (QS) regulation for devices.

“Infusion pumps deliver life-saving drugs and nutrition to thousands of critically ill patients,” says Daniel Schultz, MD, director of FDA’s Center for Devices and Radiological Health. “But if they don’t work properly, patients are put at risk. Baxter has clearly had significant problems with some its infusion pumps. With this action today, Baxter has agreed to correct those problems.  FDA’s goal is to see that the necessary corrections are made, that the public health is protected, and that users have access to safe and effective pumps.”

A June 2005 FDA inspection of Baxter’s Round Lake, Ill, facility revealed deficiencies from the CGMP and QS requirements, including the firm’s failure to implement adequate management controls over its quality system operations and corrective and preventive actions (CAPA) procedures. During this inspection, design defects relating to the reliability of the Colleague and the Syndeo pumps were also revealed.
Prior to the 2005 inspection, the FDA conducted two other inspections of Baxter’s medication-delivery systems facility, in September 2000, and June 2002, both of which revealed lack of management controls over the firm’s quality system operations and inadequacy of its CAPA and complaint-handling systems.

Under the consent decree, the FDA will allow the firm to continue to provide routine service maintenance, and to replace components, parts, or accessories for the Colleague and Syndeo pumps that were in the hands of customers before October 12, 2005. Baxter is also required to submit to the FDA a detailed corrective action plan to bring the Colleague and Syndeo pumps currently in use in the United States into compliance with the Federal Food, Drug, and Cosmetic Act.

If corrective action under the decree is completed and Baxter has been allowed to resume manufacturing and distribution, the firm will hire an independent auditor to conduct audit inspections of its domestic infusion pump facilities at least once a year for at least 4 years. Results of the audit inspections will be reported directly to the FDA. 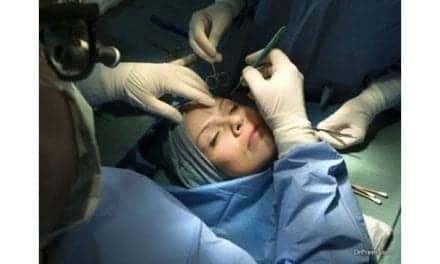 Global Cosmetic Surgery Tourism – Are They Following the Regulations?