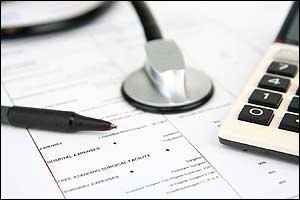 Your agent is smiling when he recruits a plastic surgeon for a client. That’s because the insurance industry knows physicians are usually ready, willing, and able to purchase large amounts of insurance and mostly file a limited number of claims compared to the number of policies sold.

After all, with years of education, training, and experience behind them, would a physician actually want to collect on their disability insurance? Probably not, as the percentage of their income that was being replaced paled in comparison to what they were actually earning.

However, as HMOs entered the picture, reimbursement levels declined along with job satisfaction. As a result, physicians filed disability insurance claims at an alarming rate, forcing the insurance companies to change the way they viewed the “medical market.” The definition of disability found in policies became more restrictive, monthly benefits became limited, premium rates increased, and some carriers even exited the disability insurance business entirely.

A good example might be an ophthalmologist who was earning $1,200,000 performing ophthalmic surgery. Although he had a medical condition and had been advised by his physician to stop working, he continued to do so—his income was high, and he had become accustomed to living a commensurate lifestyle. With the arrival of HMOs and with reimbursement levels declining, that same ophthalmologist might find himself earning only $300,000. While still a significant income, if he had to see three to four times the patient volume to earn 75% less, this might no longer make financial sense—especially if he could collect full benefits from his “Own-Occupation” disability insurance policy and continue to work in another capacity.

To curtail losses, the majority of insurance companies no longer offered disability policies that contained a true “Own-Occupation” definition of disability (for the entire benefit period) to physicians. They started to favor policies containing the more restrictive Modified “Own-Occupation” (also known as a “loss of earnings”) or hybrid definitions.

True “Own-Occupation” disability insurance is alive and well, meaning if you cannot perform the “material and substantial duties” of your medical specialty, you would collect full disability benefits. This is even if you decided to work in another occupation or medical specialty earning the same (or more) income than you did prior to your disability.

My above definition of disability will suffice for the sake of this article, and does not penalize you in the event that you are smart, motivated, and resourceful enough to transition into a new occupation and actually be good at it. It also does not limit your income potential, as your policy’s benefit is paid based on your inability to work in your occupation rather than your loss of income. Otherwise, you would have to strive for mediocrity at your new job, fearing that your policy’s benefits would be reduced or eliminated.

Beware the agent that tells you that this definition of disability is “no longer available” or that you “don’t need it.” They may be telling you this because their company no longer offers it and/or they do not have the ability to sell it to you.

Generally, if you perform invasive procedures you will be placed in the “surgical” category, wherein the definition of disability may be more restrictive and the premiums charged will be higher compared with those of a noninvasive, nonsurgical physician.

Whereas plastic surgeons are treated the same as outlined above for physicians in general, for dermatologists performing liposuction or Mohs micrographic surgery there can be a substantial difference in cost. Some insurance companies do not place these dermatologists in the “surgical” category. As a result, the premium rates are substantially lower than if they had been classified as surgeons.

For many years, the maximum benefit available to physicians who performed invasive procedures was limited to $10,000 or $15,000 per month, regardless of their earned incomes. As a result, securing a reasonable amount of disability insurance protection had become a significant challenge for highly compensated physicians. However, several companies will now issue policies with monthly benefits up to $15,000 and participate with other carriers’ individual coverage up to $20,000 per month.

Monthly benefits offered to residents and fellows have also increased substantially. Depending upon the insurance company, these beginning professionals can purchase up to $5,000 and a newly practicing physician (depending upon medical specialty) can apply for up to $7,500 per month, without regard to their actual earned incomes.

Larger and more liberal future increase option riders provide you with the ability to increase your disability coverage, regardless of your future health, as your income rises. Essentially, you are paying for the right to increase your policy’s monthly benefit without doing another exam, blood, or urine test or answering any medical questions. This guarantees that any medical conditions that develop after your original policy’s purchase would be fully covered and not subject to new medical underwriting.

It is important to know when you can increase your coverage as well as by what increments, on any given option date. Generally, the amount of the future increase option rider is a function of the base policy’s monthly benefit (typically 2x to 4x, depending upon the specific insurer), not to exceed the company’s issue limit.

Despite the fact that some companies normally limit the amount that can be exercised on any given policy anniversary, several leading insurers have introduced more liberal rules for the first three policy anniversaries. Or, in the event you are no longer eligible to participate in your employer’s group long-term disability (LTD) plan, or a group LTD plan under which you were covered ends and has not been converted or replaced.

Although actuarially women are better risks for life insurance compared with men, it is the opposite for disability insurance. Women may pay 50% to 75% more for their policies.

However, many disability insurance carriers offer a “multi-life” discount, in which several physicians from the same hospital, department, or practice purchase individual policies at the same time. While these programs can produce a savings for males, this strategy allows female physicians to save up to 60% on the cost of their disability insurance.

It is important to note that many hospitals and medical associations have existing programs that you can access without having to take the time and effort to establish them. You should make sure to ask your insurance agent or financial planner about the availability of these programs or look for one that specializes in working with physicians, as they most likely have access to several of them.

Dr Jones, a 35-year-old female dermatologist in New York, purchased her policy from a well-known insurance company. Assuming a monthly benefit of $5,000, a 90-day waiting period, benefits payable to age 65, a residual disability rider, and a 6% cost of living adjustment rider, her fixed annual premium would be $3,743.

However, that same policy with a unisex rate and “multi-life” discount would cost $2,120—an annual savings of $1,623 or approximately 43% off of the normal female rates. If she kept her policy at the same level to age 65, she would save approximately $35,000. If she invested her annual savings at 6% for the 35-year period, her savings would grow to be in excess of $136,000.

Dr Smith, a 35-year-old female plastic surgeon in Florida, purchased her policy from another well-known insurance company. Assuming a monthly benefit of $5,000, a 90-day waiting period, benefits payable to age 67, a noncancellable rider, an “Own-Occupation” rider, a residual disability rider, and a 3% cost of living adjustment rider, her fixed annual premium would be $5,054.

However, that same policy with an association discount would cost $2,626—an annual savings of $2,428 or approximately 48% off of the normal female rates. If she kept her policy at the same level to age 67, she would save approximately $78,000. If she invested her annual savings at 6% for the 32-year period, her savings would grow to be in excess of $233,000.

WATCH OUT FOR FLORIDA AND CALIFORNIA

It is not unreasonable to think that most physicians would rather be on the beach then in their offices. Therefore, claims experience has been extremely poor in these states. As a result, policies are typically 10% to 20% more expensive, and with less liberal contract provisions. As a result, if you are not in Florida or California now, but plan on moving or returning to either one of these states, you should purchase you policy before you get there. You will be able to lock into lower premium rates for your initial coverage, as well as any future additions that you make to your policy.

While some disability insurance companies continue to view the medical market with skepticism, other carriers are aggressively pursuing this type of business. Companies such as the Berkshire Life Insurance Company of America (Guardian), Union Central Life, Metropolitan Life, Standard Insurance Company, MassMutual, and Principal are once again offering true “Own-Occupation” coverage to most, if not all, physicians.

Despite the fact that the disability insurance industry had remained stagnant for an extended period of time, due to increased competition and favorable claims experience several companies have and will continue to make changes to the policies available to physicians, including premium rate reductions and higher benefit limits. As a result, physicians again have the opportunity to adequately protect their most valuable asset: their ability to earn an income.

Lawrence B. Keller, CLU, ChFC, CFP®, is the founder of Physician Financial Services, a New York-based firm specializing in income protection and wealth accumulation strategies for physicians. He can be reached at (516) 677-6211 or . 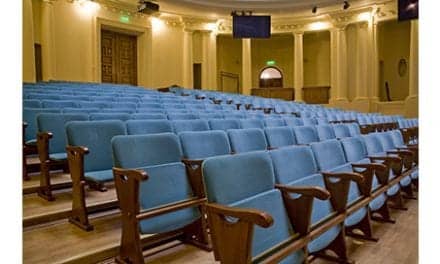 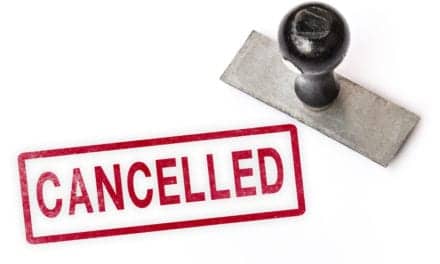 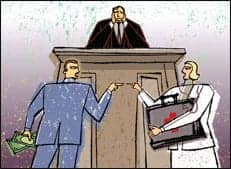 To Err Is Human, But Not Inevitable