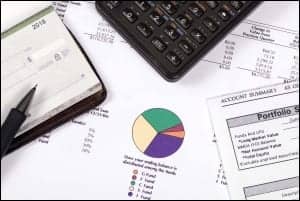 Although the Roth version of the individual retirement account (IRA) has been around since 1998 and is one of the best financial tools available, most physicians, as high-income taxpayers, have been unable to use it due to income limitations. As part of The Tax Increase Prevention and Reconciliation Act of 2005 (TIPRA) signed into law by President George W. Bush on May 17, 2006, that has changed. As of January 1, 2010, however, taxpayers earning more than $100,000 finally have the option to convert their IRAs and other eligible retirement accounts to a Roth IRA.

WHAT IS A ROTH IRA?

Named after the late Sen William V. Roth, Jr (R-Del), a Roth IRA allows you and your spouse to make nondeductible contributions to save for retirement. However, rather than growing on a tax-deferred basis, all “qualified” distributions are made on an income tax-free basis.

There are currently three ways to fund a Roth IRA. You can contribute directly, you can convert all or part of a Traditional IRA to a Roth IRA, or you can roll funds over from an eligible employer retirement plan.

As with many tools that offer tax advantages, Congress has limited who can contribute to a Roth IRA, based upon income. A taxpayer can only contribute the maximum amount if their Modified Adjusted Gross Income (MAGI) is below a certain level. Otherwise, a phase-out of allowed contributions runs throughout the MAGI ranges shown in Figure 1 (page 30). When the MAGI hits the top of the range, no contribution is allowed at all.

A withdrawal from a Roth IRA (including both contributions and investment earnings) is completely income tax-free and penalty free if, 1) it is made at least 5 years after you first establish any Roth IRA, and 2) one of the following also applies:

As there are no required minimum distributions starting at age 70 1/2, your funds can stay in a Roth IRA longer than in a Traditional IRA.

Unlike Traditional IRAs, you can contribute to a Roth IRA for every year that you have taxable compensation, including the year in which you reach age 70 1/2 and every year thereafter.

As long as any Roth IRA you established had been in existence for at least 5 years at the time of your death, your beneficiaries will not have to pay any federal income tax on post-death distributions.

Conversely, the primary reasons influencing a decision to not convert to a Roth IRA include the following:

However, don’t forget that rates may be on the way up in 2011 since the tax cuts enacted as part of the 2001 Tax Act are set to sunset at the end of 2010. Therefore, conversion income can be included on your 2010 income tax return if you anticipate an increase in tax rates.

CALCULATING INCOME TO REPORT ON A ROTH IRA CONVERSION

We have been telling our clients to begin (or continue) making nondeductible contributions into their IRAs each year since 2007 in anticipation of the conversion rules changing. The higher the percentage of post-tax dollars (these are tracked by Form 8606, which is attached to your federal income tax return) to the total value of your IRAs, the smaller the tax burden on the amount converted.

SAVE TAXES USING A ROLLOUT

TAXABILITY OF A ROTH CONVERSION

If you have made nondeductible contributions to your IRAs over the years, you might be able to save significant taxes on your Roth conversion by taking advantage of this strategy included on page 23 of IRS Publication 590, Individual Retirement Accounts (IRAs); namely, tax treatment of a rollover from a Traditional IRA to an eligible retirement plan other than an IRA.

Ordinarily, when you have basis in your IRAs, any distribution is considered to include both nontaxable and taxable amounts. Without a special rule, the nontaxable portion of such a distribution could not be rolled over. However, a special rule treats a distribution you roll over into an eligible retirement plan—it includes only otherwise taxable amounts if the amount you either leave in your IRAs or do not roll over is at least equal to your basis. The effect of this special rule is to make the amount in your Traditional IRAs that you can roll over to an eligible retirement plan as large as possible.

Basically, the IRS reminds you in their Publication 590 on IRAs that you have the option of rolling money out of your IRAs into an employer-sponsored plan that accepts IRA rollovers. When you roll money out of an IRA, the nondeductible contributions remain within the IRA.

In the second example above, what would happen if that person rolled his $200,000 Rollover IRA into his 403(b) account at work? In this updated example, the total fair market value of his IRAs would revert to just $30,000, so that the taxable income on the conversion would be the same $7,000 as in the first example. This person’s taxable income, therefore, would decrease by $20,000. That’s a pretty good return on your investment based on a few minutes of time spent completing some paperwork.

One way to push this opportunity even further is to convert the exact amount of the post-tax IRA contributions you made over the years, and roll out the remaining IRA balance into your 401(k) or 403(b) account at work. This strategy allows you to get the maximum amount of money into your Roth IRA without paying any taxes at all.

If you are skeptical of this strategy, you can read through the instructions to Form 8606. You also need to check with the retirement plan administrator at work to confirm whether or not your employer’s 401(k) or 403(b) plan accepts IRA rollovers.

WHAT IF YOU CHANGE YOUR MIND AFTER CONVERTING?

If you change your mind, you may undo a conversion via a “recharacterization,” which returns the assets to a Traditional IRA. You will receive a refund of any income tax paid on the conversion income. If you have not paid the tax, then the tax liability would be removed. You may do a recharacterization up to the due date of the return plus extensions, which is typically October 15 of the year after the conversion. For example, a conversion done on January 15, 2010, can be recharacterized until October 15, 2011. If the value of an IRA falls sharply soon after you convert it, you can recharacterize the assets and then reconvert at a lower value in a subsequent year.

TIPRA eliminated the income limit and allow high-income taxpayers, including physicians, to convert their IRAs and other eligible retirement accounts to a Roth IRA as of January 1, 2010.

If the tax-free benefits of a Roth IRA are appealing, collaboration between your financial adviser and tax professional is essential. While Roth IRAs provide a superior way to build tax-free growth, converted assets will most likely increase your Adjusted Gross Income (AGI) and tax liability. Your CPA should be able to help you determine the ramification of the conversion and help you make an informed, intelligent decision regarding a Roth IRA conversion.

Lawrence B. Keller, CLU, ChFC, CFP, is the founder of Physician Financial Services, a New York-based firm specializing in income protection and wealth-accumulation strategies for physicians. He can be reached at (800) 481-6447 or .

Andrew D. Schwartz, CPA, is a partner in the Boston-based firm Schwartz & Schwartz, PC, and is also the founder of The MDTAXES Network, a national network of CPAs who specialize in tax and accounting services for the health care profession. He can be reached at (800) 471-0045 or . 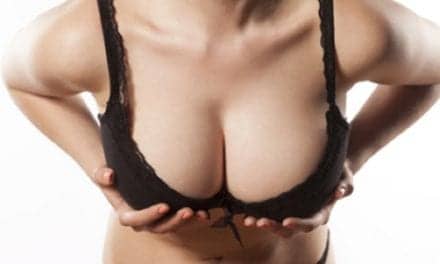 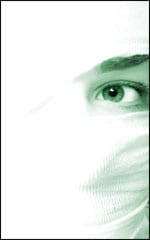 At Home with Aesthetic Devices