Social media platforms have a language all their own, which can leave you scratching your head and saying, “Huh?”

This easy-to-follow glossary of frequently used hashtags, abbreviations, and social media marketing buzzwords can help you get up to speed.

Caution: Some of these can be open to interpretation. Be careful how you use them.

Average Response Time – How long it takes, on average, for a company, team, community manager, or individual to reply to a customer’s messages.

Bit.ly – This is a URL shortener that converts a regular lengthy URL into a more condensed one and allows you to upload images, track real-time clicks, and post links to various social networks such as Facebook, LinkedIn, Twitter, and Google+.

Content Curation – Content curation is the process of sifting through the web to find the
best and most relevant content for your audience and then presenting it in a meaningful way. It is about saving them time and work by sharing great content you find in any form, including articles,
videos, and infographics.

Conversions – A conversion is a positive action taken on a website by a visitor from social media. The action demonstrates that the visitor is “converting” into a customer.

Crowdsourcing – Crowdsourcing refers to the process of leveraging your online community to assist in growing your business in one way or another, such as getting your audience to spread the word about your product or services, or by asking your community to contribute content for your blog.

DM (Direct Message) – A DM is between the sender and recipient. It is a private message. (These are often spam, so don’t be surprised if you do not get a response back.)

Engagement – The process of actively listening to and interacting with your customers via messaging and sharing. Engagement can mean anything from commenting on Facebook posts to participating in Twitter chats.

Engagement Rate – Engagement rate is the percentage of people who saw your post and clicked the link, expanded the image attached, replied, liked, favorited, shared, or retweeted it. Engagement rate is a valuable metric for determining the quality and success of your social media messaging. It provides an indicator as to how interesting the message was to your audience.

Facebook Reach – The number of unique individuals who have seen content on your Facebook page, which is different from impressions or the total number of times your content is viewed (including multiple views from the same user).

#FF – Follow Friday is essentially a Twitter concept that aims to get people to follow one another on Fridays. If you want someone to follow a friend or anyone else you think is interesting, tweet out a message listing their username (as in @username) along with the #FF hashtag. This is usually done in list form, with users tweeting a list of usernames along with #FF.

Geotargetting – A common feature found on social media platforms for users to share their content with geographically defined audiences, such as your local community, city, state, region, country, or language.

Hashtag – A hashtag is a word or phrase preceded by the “#” sign. #Hashtags are a simple way to mark the topic (and make them searchable to people with shared interests.) Hashtags are now used on almost every social media platform, including Twitter, Facebook, Google+, Instagram, Vine, and Pinterest.

HT or H/T – These acronyms both mean “hat tip,” and are used to express endorsement or admiration of the content or user being referenced.

#ICant, #Cryin #ImCrying #Dead – These hashtags are intended to indicate when something is hilarious or shocking. For example, tweeting “Watch this video #DEAD #ICant,” is saying that the video is so funny that you are “dead” and “can’t” go on living—ie, it’s insanely funny.

I’m Out or #ImOut – This says that a user thinks something is so insane, ridiculous, or offensive that the person is done using Twitter or Instagram for the day.

Meme – An idea, fashion, or behavior that is transmitted through media, speech, gestures, and other forms of everyday communication. Memes are very popular on Facebook.

Mention – The act of tagging another user’s handle or account name in a social media message. Mentions typically trigger a notification for that user.

MT – Similar to RT, an abbreviation for “Modified Tweet.” Placed before the retweeted text when users manually retweet a message with modifications—for example, shortening it.

OH or RLRT – These stand for “overheard” or “Real-Life Retweet” and are used to reference something that a user has overheard in their real life that is shocking, poignant, or funny.

Pins – Favorite links stored on Pinterest are called Pins. Each Pin is made up of a picture and a description given by the user. Pins direct users to the image source page and can be liked or repinned by other users. Users also organize Pins by theme into Pinboards.

Repin – On Pinterest, if you find a Pin on someone’s board that you like, you can save it to your board by Repinning it. Hover your cursor over the image, and select “Repin.” (You can also like the Pin instead of Repinning it.)

Retweet – A RT is a tweet that is re-shared to the followers of another user’s Twitter account. There are two kinds of Retweet: the classic manual Retweet and the web Retweet. In a manual Retweet, you simply type “RT” before the @username and content of someone’s Tweet. This allows you to add your own comment to a Tweet. A web Retweet is what happens when you click Twitter’s Retweet button: the full Tweet appears in your timeline in its original form, complete with the author’s name and avatar.

#SMH – This stands for “Shaking My Head,” which basically means that the poster is shaking his or her head either in disgust, shame, shock, or annoyance in reaction to the content being referenced.

#SP – This is an abbreviation used to connote sponsored content, as in tweets or posts; indicating that the poster has a financial relationship with the brand/company mentioned, whether as a client or an advertiser.

#TBT – Throwback Thursday is a Twitter, Facebook, and Instagram opportunity for people to share photos and info that is a “throwback” to an earlier time. For instance, posting a picture of yourself as a child or when you were in school, or on Twitter telling a short quip about something in your past. #TBT posts tend to get good engagement.

#ThankfulThursday – Post anything you are thankful for as a status update on Thursdays.

Total Reach – The number of unique people who see any content on your Facebook page during the last 7 days, including people who view your posts, visit your page after searching for it, and see ads that are associated with your page.

Trending – A word, phrase, or topic that is popular on Twitter at any given moment.

User-Generated Content (UGC) – UGC has been created and published by real people rather than businesses or entities. Examples include ratings, reviews, or commentary on posts.

#YOLO – An abbreviation for “You Only Live Once,” that indicates an activity that shows someone is living on the edge. n 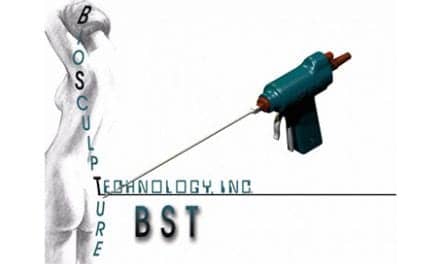 Writing Your Own Aesthetic Book