Stick to the Facts: Road Rules for Your Medspa’s Next Big Ad Campaign 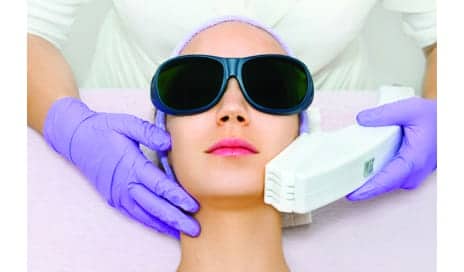 Investing in a flashy ad campaign may seem like a good idea for your medspa, but this may attract more than prospective patients. It may also catch the eye of state legislators.

First and foremost, medical aesthetic practices owners and operators must remember that they are medical facilities and, as such, are subject to the same rules and regulations that govern other medical institutions, including doctor’s offices and hospitals. This means that any advertising should deal only in the facts. For traditional medical outlets, the bottom line isn’t driving business—it’s treating patients in their best interest. Therefore, an advertisement for a physician’s services will typically convey the physician’s credentials and reveal pricing in a straightforward manner.

Another risky ad tactic is to try and lure new customers with the promise of 50% off if they bring a friend. Although it might be perfectly fine for a salon or a traditional spa to offer such a deal, a medical practice making such an offer is essentially telling the world that it is paying for referrals. This is potentially a direct violation of local anti-kickback statutes.

When planning an ad campaign for your facility, always:

• Specify who is performing treatments and what their qualifications are;
• Present pricing in a straightforward manner; and
• Avoid comparisons to competitors.

If a facility is co-owned by someone who is not a physician—a nurse, a nurse practitioner, or an entrepreneur, for example—that facility must make clear that it is a physician who is advertising medical services. If the non-physician owner of a salon contracts with a physician to administer Botox treatments at his or her facility, the salon cannot advertise Botox injections—it must specify that the physician is providing that service. This can be a big issue on websites that use terms such as “medical director” and “medical aesthetician” instead of specifying a physician’s role and qualifications. If a facility is improperly advertising its services online, it is far more likely to become the target of an investigation. If found to be in violation of state laws, a facility can incur severe financial penalties, and its physicians may be subject to revocation or suspension of their licenses.

The requirements for medical advertising vary from state to state. Consult with a local healthcare attorney before investing in an advertising campaign.

Alex R. Thiersch, JD, is the founder and director of the American Med Spa Association (AmSpa) and the new AmSpaMD, which provide legal and regulatory counsel for medical aesthetics practices. He can be reached at [email protected].