The Art and Science of Otoplasty

Talking to cosmetic surgeons about otoplasty is like asking people about politics. Everyone has a different opinion. It is true that a myriad of procedures exist for this seemingly simple operation. Quite a lot is written on the subject—for example, a quick search for “otoplasty” on PubMed yields 289 entries, and on Google there are 339,000 entries.

Otoplasty is one of those procedures that involves art and science. It is one of the few cosmetic procedures performed on healthy children. Prominauris (protruding ears) affects about 5% of the population, or 1 out of 12,500 births.

For most surgeons, otoplasty is a fun procedure to perform. In addition, it is rewarding to see the results of improving the self-esteem of young children and adults. As with any other procedure, the best technique is the one that works well for the individual surgeon, as well as one that produces positive and lasting results with low complications.

Although there are many different ear deformities, protruding ears is the most common reason why this procedure is requested.

Ear protrusion results from two main problems, the most common of which is the lack of a defined antihelical fold. Overprojection of the conchal cartilage in the posterior conchal wall is also common (Figure 1). Most patients present with a combination of both problems,1 and protruding lobes can also add to the deformity.

One of the most important factors concerning otoplasty surgery is at what age to operate. One of the prime reasons for performing this surgery early is that peer ridicule in grade school can begin very early during the development of a child’s body image, and can possibly affect his or her self-esteem for life. Realizing this and correcting the deformity before the child starts school is advantageous, as 85% of ear development is complete by age 3 and the ear is fully developed at 7 to 8 years of age.

SETTING THE EAR BACK

Obviously, a lot of personal preference is involved with otoplasty. I believe that attempting to correct a hypertrophic conchal bowl by merely “setting it back with sutures” is a mistake, as the elastic memory of the cartilage will frequently trump conchal setback sutures. Pinning the conchal cartilage to the mastoid fascia with sutures has, for many surgeons, not proven to be stable.

In addition, pinning the conchal bowl posteriorly causes the anterior portion of the bowl to slide forward, which can obscure or otherwise deform the external auditory canal—a common complaint of some patients.

The procedure I prefer for conchal bowl excess was described by Davis in 19782 and involves removing the excess conchal cartilage to reduce the hyperplastic posterior wall of the conchal bowl.

Measuring and marking 7 mm to 8 mm inferior to the chonchal/scaphal junction, which will be the posterior portion of the conchal wall that is not excised, starts the procedure. By leaving approximately 8 mm, the ear will set back to a normal position.

This marking will include the entire hypertrophic conchal bowl and result in a “cashew nut”—or “kidney bean”— shaped excision (Figure 2). Local anesthetic is injected subcutaneously to hydrodissect the thin overlying skin of the conchal bowl, and a routine posterior auricular incision is made.

There is no need to remove excess skin other than the redundancy from the setback. Removing more skin than this does little to keep the ear in position and, if closed with tension, irregular and unsightly scarring can occur.

Posterior dissection proceeds immediately to the perichondrium of the posterior conchal cartilage. All soft tissues, including the vestigial posterior auricular muscles, are removed to the level of the mastoid fascia (Figure 3).

It is important to have a smooth surface of the exposed mastoid fascia, as it will serve as the “new” floor of the conchal bowl (Figure 3A).

After the posterior auricular dissection is completed, an outline of the planned conchal cartilage excision is made using a 25-gauge needle and methylene blue tattoo.

The “kidney bean”-shaped outline of conchal floor is incised with a scalpel or radiofrequency fine wire electrode and then is dissected from the anterior skin (Figures 3B and 3C).

Finally, the excess cartilage is removed, leaving the anterior auricular skin (Figure 3D). By removing the excess conchal cartilage and leaving 8 mm of height, the ear will generally lie in a normal passive position. Some adjustment of the excision margins may be necessary to achieve the final desired posterior ear position.

For patients with a normal antihelical fold, this procedure may be all that is necessary for correction of protrusion.

The final step in the Davis procedure is to use 3-0 silk to place bolster sutures to secure a cotton roll in the revised conchal bowl (Figure 4). The sutures are placed through the skin, where they secure the mastoid fascia and then go back through the skin again.

The bolster serves to eliminate dead space, prevent hematoma, and keep the ear in the desired position during the initial healing. These sutures are removed at 14 days postsurgery. Some surgeons employ other direct methods of securing the incised conchal bowl to the mastoid fasica.

More frequently, patients manifest conchal excess as well as an underdeveloped antihelical fold, requiring reconstruction of the antihelical fold along with the Davis procedure. Ninety-nine percent of the otoplasty patients I treat need both procedures. If a Mustardé procedure is required, it is performed after the conchal bowl reduction and before the bolster suture placement.

Patients without hypertrophic conchal cartilage may benefit from antihelical fold reconstruction as a sole procedure. This procedure will set back the helix to a more normal position as well as create a normalized antihelical fold.

Attempting to perform this procedure in a patient with conchal cartilaginous hypertrophy will not properly and aesthetically correct the problem. Again, most patients have a component of conchal cartilage hypertrophy as well as a lack of definition of the antihelical fold, and thus they will benefit from both Mustardé and Davis procedures.

The Mustardé procedure was described in the 1950s3 and has been since progressed with numerous modifications. The goal of this procedure is to re-create the antihelical fold by using horizontal mattress sutures, as well as to reposition the superior helix.

I perform the Davis procedure first, the Mustardé sutures second, and then finish with lobe adjustment, if necessary. Preoperatively, the helical rim is positioned posteriorly with the finger to create an antihelical fold (Figure 6).

This fold and the planned suture entry points are denoted with a surgical marker. The art of the Mustardé procedure is to realize where and how many sutures to place to obtain a naturally formed, rounded, and curved fold.

The shape and position of the new fold is directly related to the placement and position of the 4-0 Mersilene horizontal mattress sutures. Placing them too closely together will create a narrow fold. Placing them too far apart will create too wide of a fold—improper spacing can result in a straight antihelical fold, which is a sine qua non of poor otoplasty technique.

Although sometimes frustrating, it is not uncommon to replace the sutures in lieu of a better-positioned suture during the procedure. Continuous attention to suture placement of an anatomy of the new antihelical fold is imperative. Figure 5 shows a cadaver dissection of an ear with an unfurled antihelical fold and the desired re-creation of the antihelical fold.

To reconstruct the antihelical fold, the ear is pushed posteriorly and the new fold is apparent (Figure 5). This is marked with a surgical marker, as are the anticipated suture points for the Mustardé horizontal mattress sutures (Figure 7A). It is important to place the sutures at least 7 mm lateral to the center line of the new fold, in order to prevent a narrow or constricted antihelical fold.

The surgical markings on the skin surface are then tattooed with a 25-gauge needle and methylene blue. Prior to placing the sutures, the cartilage is scored to make a weakening along the back of the proposed fold.

This is a controversial maneuver, as some surgeons say it is not necessary, some say the posterior surface of the proposed fold should be scored, and still others advocate scoring the anterior surface for a smoother fold.

I prefer to use a scalpel to score several grooves along the posterior surface of the proposed fold (green lines in Figure 7A).

The surgeon must not make the scoring too deep or too close together, as the result might be a bunched or irregular antihelical fold. Instead of long cartilage scores, small “pie crust” stabs can be made with a scalpel blade along the fold.

After the cartilage is scored, the horizontal mattress sutures can be placed. In general, I use three (4-0) white Mersilene sutures. The first suture is superior and will improve the fossa triangularis, as well as set the helix and helical rim posteriorly. If this is placed too cephlad, it can distort the superior margin of the helical rim.

In some cases, fewer than three sutures will suffice, whereas other patients require additional sutures depending on the deformity. Care must be taken to engage cartilage only and to not perforate the thin overlying skin. This should be checked at each needle pass.

The surgeon adjusts the suture tension to control the formation of the new antihelical fold and the amount of superior helix setback. Figure 7B illustrates the Mustardé sutures in place.

CORRECTION OF THE PROTRUDING EARLOBE

Ears that protrude frequently are accompanied by protruding earlobes. Novice surgeons may not realize this, and the final result can be compromised.

Numerous means of setting back protruding lobes have been described. A “fishtail” skin excision is a simple technique that utilizes triangular excision of skin on the inferior lateral posterior lobe and a corresponding excision over the mastoid region. Bringing the lobe to the mastoid area with suture closure will posteriorly position the lobe (Figure 8).

Another method is to secure the inferior deep portion of the lobe with a suture when closing the inferior incision. The suture pulls the lobe posteriorly and secured to deep tissue when tying.

There are diverse means of correcting protruding ears, and I have discussed two techniques that have proven safe, predictable and stable in my practice. This is not the only way to correct this problem. Practitioners can utilize a plethora of surgical options to achieve acceptable results.

Otoplasty is one procedure that is fueled by a combination of art and science, which makes it a very rewarding treatment for both patient and surgeon.

Joseph Niamtu III, DMD, is a cosmetic facial surgeon in Richmond, Va. He can be reached at . 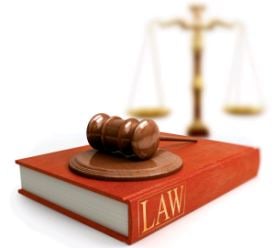 The Jury is In and May be Online 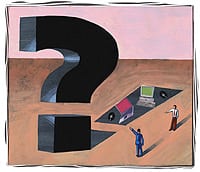 Taking the Guesswork Out of Practice-Management Software 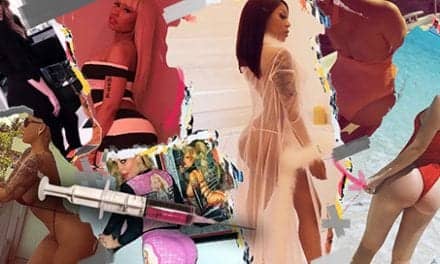 The Plastic Surgery Truth to Getting an Instagram Butt