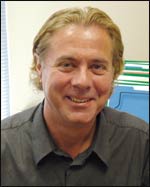 Lately, the concept of safety in aesthetic surgery might look like a scene from the wild, wild west. Doctors, dentists, surgeons, specialists—many can practice without certification.

Although a very small percentage of all surgeries result in patient death, occasionally a botched aesthetic surgery case comes along that stops everyone in his or her tracks and reminds us of how wild it can get.

The Donda West case is one of those—an “awful surgery” disaster that has produced persistent waves of negative publicity.

This event has been a nightmare scenario for an industry where public image is everything.

Shortly after West’s demise, the news media quickly found two surgeons connected to the case, and both of them shifted blame to the patient. One of the physicians, Jan Adams, MD, carries enough baggage in his personal and professional background to make the situation all the more worse.

A second surgeon, Beverly Hills cosmetic surgeon Andre Aboolian, MD, had turned down West’s case but spoke to the news media anyway. Both physicians did not defuse the situation; in fact, they threw gas on the fire.

For example, Adams, a “talk show tummy-tucker” with celebrity ties, publicly claimed that he was trained in both general and plastic surgery; however, it was revealed later that he is not board-certified. The news media’s cameras were trained on him long enough to paint a very negative picture of aesthetic surgery, including two malpractice suits and YouTube videos of additional allegedly botched surgeries.

Aboolian piped up about West’s personal medical history, releasing private data about the patient to the tabloid press. Unlike Adams, Aboolian chose to speak to reporters via a public relations spokesperson.

To consumers who are thinking of someday approaching a physician for a procedure, the West case and subsequent media backlash have set off alarms in their heads. Who can blame them? The event illustrates the negative myths about aesthetic surgery: freewheeling physicians who hobnob with Hollywood elitists and, basically, look the other way when it comes to patient safety—as long as the bankroll is large enough.

The image of the surgeon-butcher operating out of a dusty saloon in Dodge City comes to mind.

In the West case, fingers pointed at an aesthetic surgeon who is not board-certified. Whoa, instant Dodge City. Board certification may not be an exact barometer of a physician’s ability, but John Q. Public doesn’t look at that deeply. John only sees an industry that places celebrity status above patient health, and that allows the Adamses of the world to rise to the top of the media (television media, at any rate) and enjoy success.

But hey, some of the plastic surgeons on television aren’t board-certified in surgery, either. As our industry becomes a nexus for public discussion of health safety issues, maybe something good will come of the tragic story of Donda West.

Both physicians and the industry as a whole should promote safety procedures loudly, to combat the negative publicity and bolster the public view of aesthetic surgery as a responsible body mandated to promote patient safety above all else.

On a completely different note, our readers should know that PSP is pushing rapidly into the virtual universe with plans for new Internet-based events and exclusive Web site content.

For example, PSP recently cohosted and moderated a Webinar that looked at new face-resurfacing techniques. Although presented as a live event, the Webinar has been archived, with a link on the home page.

Look to PSP to present additional Webinars and other information and events online, and if you have a comment or want to suggest a topic for a future online event, feel free to contact me at [email protected]

Buzzer Beater: The Time to Prepare for ICD-10 Is Now 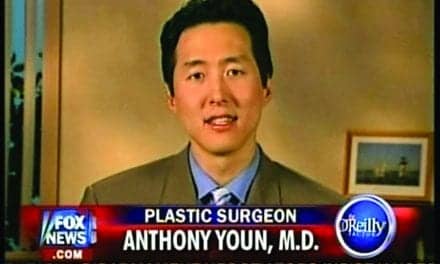 In Practice: I Am a Doctor, and I Play One on TV